From prison to her forever home, meet the dog trained by inmates in Erie County

Sora is a 1 year old Terrier mix from Georgia 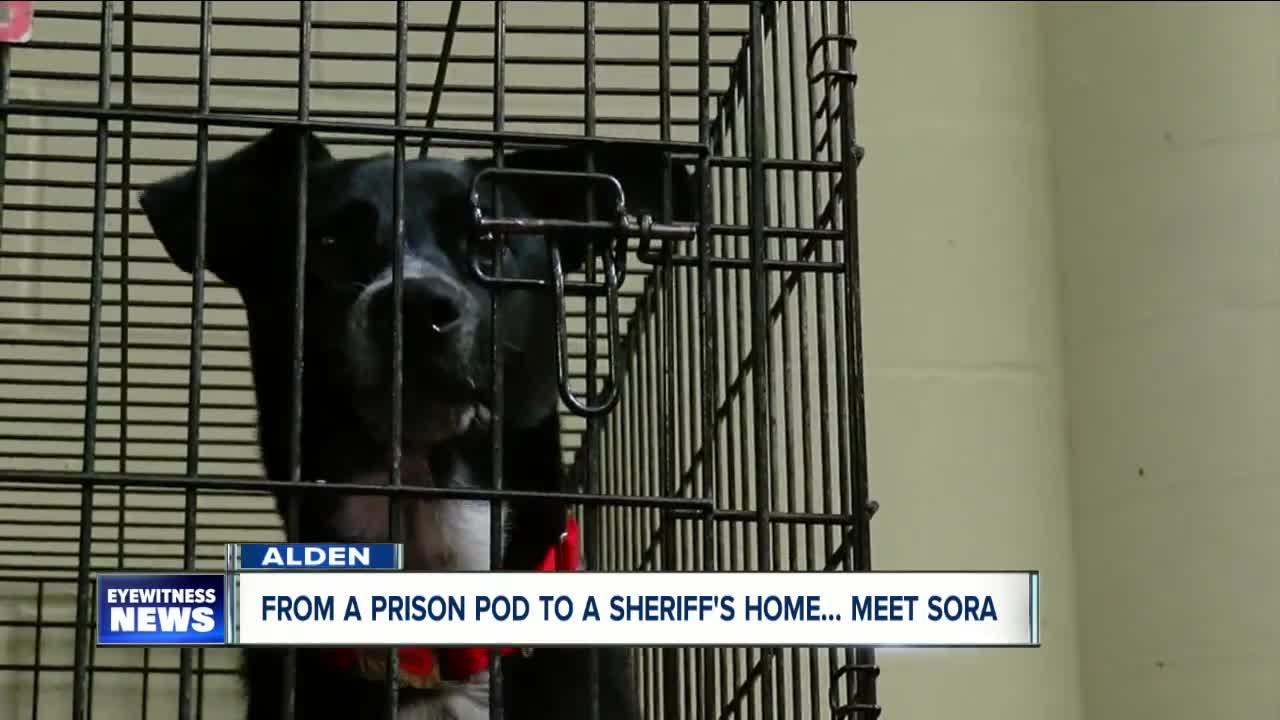 Sora is a 1-year-old Terrier mix who has been living at the Erie County Correctional Facility since December 16, 2019. She's the most recent graduate of the Pups at the Pen program, where residents the correctional facility train dogs from the Erie County SPCA and teach them tricks.

ALDEN, N.Y. (WKBW) — Sora is a 1-year-old Terrier mix who has been living at the Erie County Correctional Facility since December 16, 2019. She's the most recent graduate of the Pups at the Pen program, where residents at the correctional facility train dogs from the SPCA Serving Erie County and teach them tricks.

Sora came to Buffalo from PAWS Humane Society in Columbus, Georgia on December 9, 2019. A week later, she was being trained by Alicia Szczublewski and Erin OConnor.

"You get up in the morning and you get to go outside whenever you want because you get to take the dog out. You get more exercise," said Szczublewski, "You're not going to get as heavy as everybody usually does in jail."

Both inmates said Sora makes their days go by faster. But it's much more than that.

"I recently just lost my mother. She really helped me keep my spirits up about that," said OConnor.

"They're therapeutic for just as we are for them," Szczublewski said.

A trainer from Sit n' Stay Pet Services in Orchard Park comes in weekly to help teach the inmates how to train the dog.

"She teaches us stuff that we normally wouldn't know about animals and how to handle the animals, especially in a situation like this where she's a little rambunctious," Szczublewski said.

Now Sora's moving to her new home; one that's not too far away. Thomas Diina, the Superintendent of Jail Management, found a special place in heart for Sora as soon as he saw a picture of her.

"We had to euthanize our dog Jake about a month ago," said Diina, "This one just immediately reminded me of Jake. Same facial markings, same shape of her head."