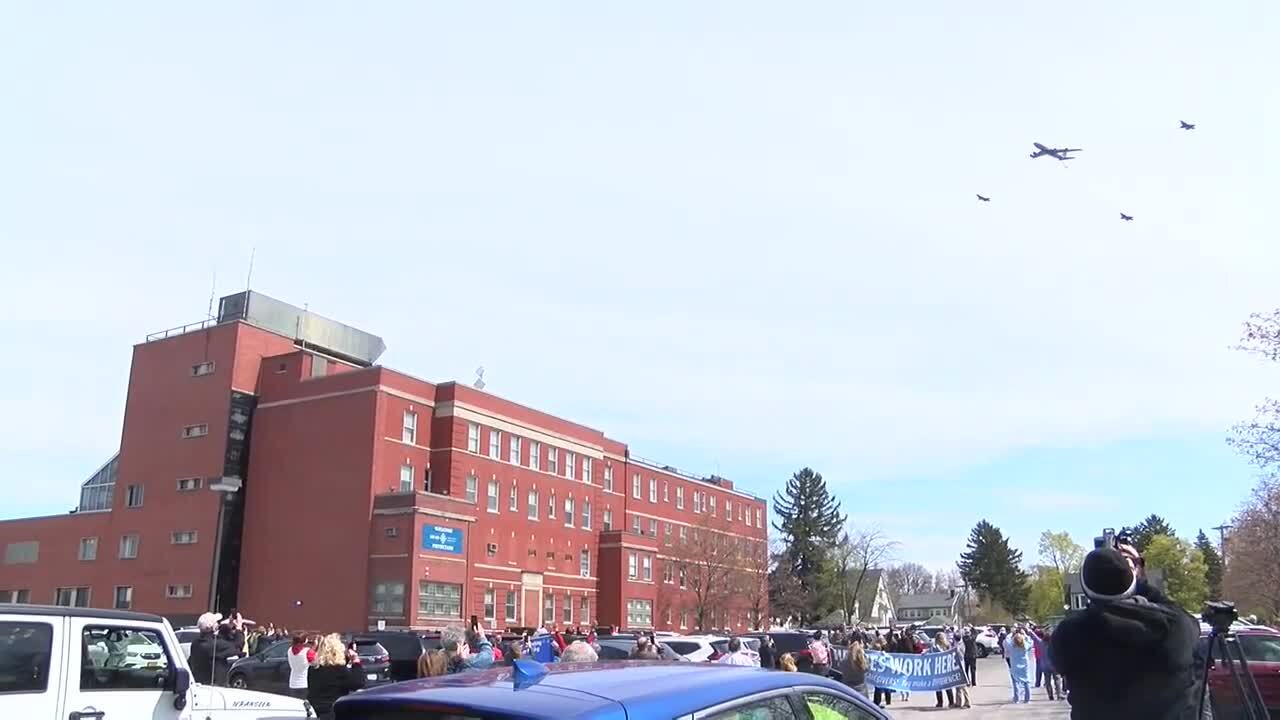 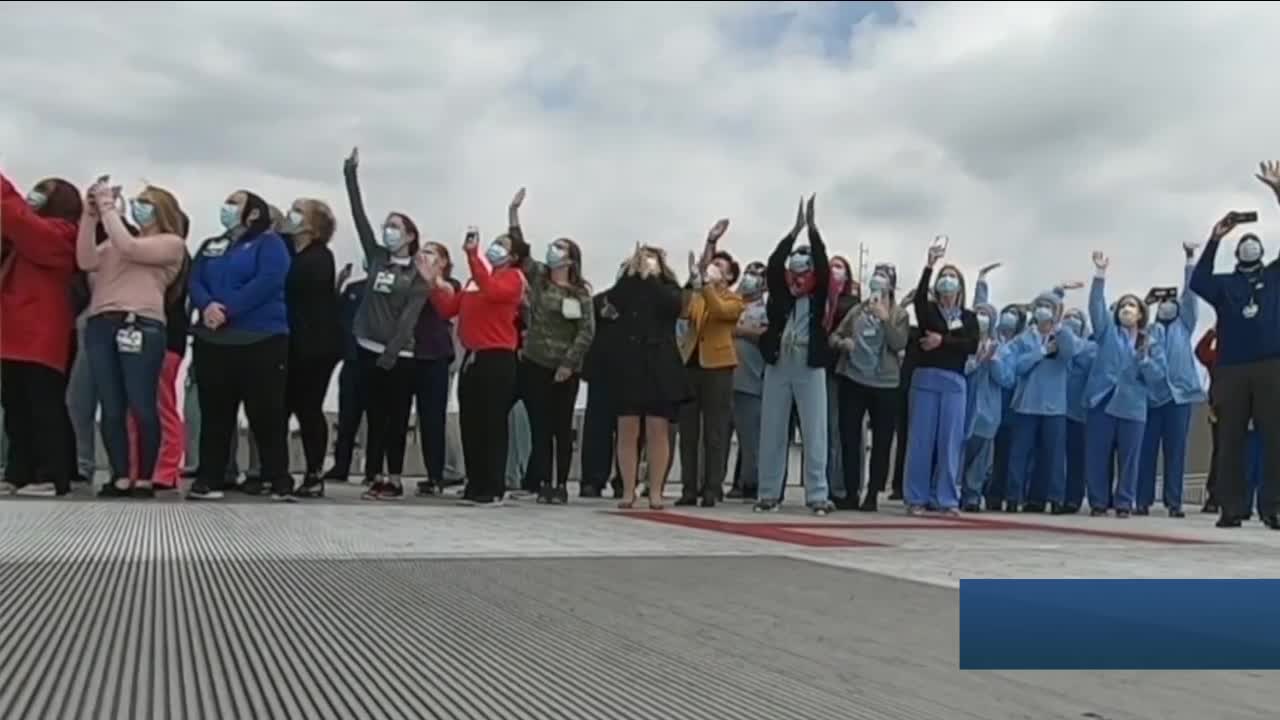 TOWN OF NIAGARA, N.Y. (WKBW) — A formation of U.S. Air Force aircraft flew over Western New York on Tuesday to honor the brave men and women working on the front lines in the battle against COVID-19.

"I think any of us know someone affected in some way," Lt Col Ben Canetti said. "Whether you caught the virus, you're helping people recover, financially, economically tanked, whatever it was. And that's why we wanted to do this."

The flyover started over Eastern Niagara Hospital in Lockport and continued over the following locations:

The flyover wrapped up over Niagara Falls Memorial Medical Center. The route was based on population density to safely fly over as many locations as possible before being required to return to base.

The formation was made up of a KC-135 from the 914 Air Refueling Wing at the Niagara Falls Air Reserve Station and F-35s from the Vermont Air National Guard.

Lt. Col. Canetti says the aircraft were granted final approval to fly in the restricted airspace above the city of Niagara Falls.

"Even flyovers for the Bills, we've never done it with fighters," Canetti said. "Even for us as pilots, it's going to be pretty cool. It'll look real nice seeing fighter jets that big flying that low."

"It gives us a breath of fresh air knowing there is a little bit of hope out there that we can get through this," added Heidi Wilson, a nurse at Buffalo General Hospital.

Wilson and several other staffers from the hospital gathered on the roof of a parking garage to wave, while wearing masks and keeping social distance.

The event was also anticipated by patients. "Oh, they are super excited. I know the patient that I was just with had me bring her to the window," said Amanda Moore, another Buffalo General nurse.

SMSgt. Bill Geary, Jr told reporter Ed Reilly that seeing the people waving up at them had many flight crew members close to tears. "If you could see us, we had smiles from ear-to-ear. We were trying to wave back. It was just amazing to see all the people out there," commented Geary, who is also Erie County's Director of Public Works.