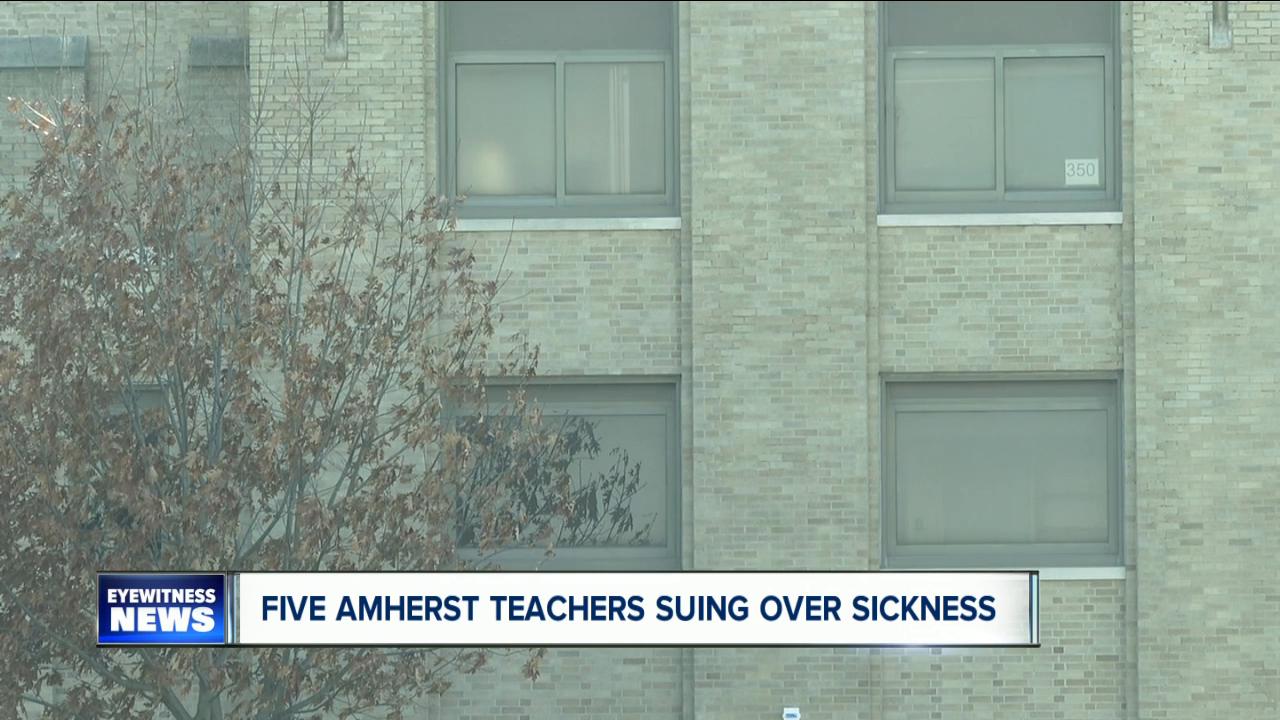 Five Amherst Central High School teachers are suing a local contractor after they claim they got sick after being exposed to toxic substances at school.

The group, which is prohibited by state law from taking legal action against the school district, has filed suit against Turner Construction Co. in State Supreme Court.

According to the lawsuit, Turner was hired by the district for various renovations like a new floor, ceiling and cabinets in the west and north wings on the third floor of the building. The work took place in the summer of 2015, and when the teachers returned to school, the lawsuit said they noticed an odor and began to have "adverse health effects," while working at the school.

"The strong odors were caused by off-gassing of hazardous chemicals from the products and manner in which such products were installed by the Defendant (Turner Construction) during the renovation," the suit claims.

"We were surprised by the legal action taken. The work in question was completed in 2015 and in response to concerns raised by the teachers, testing from multiple, independent agencies were conducted in 2016, 2017 and 2018. In each instance, the substances tested were either undetectable or within acceptable limits. Further, the New York State Department of Labor’s Public Safety and Health Bureau found that the complaint was not sustained.

We were further surprised to be named in the allegation as our role was solely as the District’s Construction Management Representative and the work performed was not is our scope of work.

The District has been exceptionally diligent in responding to the teachers’ assertions and we continue to be prepared to assist them. Turner takes the safety of the construction process, the construction workers, and the safety and well-being of building occupants extremely seriously," said Turner Construction Company Spokesman, Chris McFadden.

The lawsuit doesn't detail any of the health problems the teachers experienced as a result of the exposure.

The district superintendent posted the following to the district website:

The District is aware that five District teachers filed a lawsuit against Turner Construction Company alleging personal injuries due to exposure arising out of renovations during 2015 at Amherst Central High School. While the District is not named as a defendant in the lawsuit, the District wants to assure the community that its highest priority is the health and safety of its students, staff and visitors and share with you the steps taken by the District in the classrooms identified by the teachers.

The District has been diligent in responding to the teachers’ concerns by undertaking testing measures from multiple, independent agencies in 2016, 2017 and 2018 since concerns regarding the indoor air quality were first reported. It is important to note that, in each instance in which testing was conducted over the past few years, the substances tested were either undetectable or significantly below acceptable limits.

- Review cleaning products and procedures, all of which follow NYS guidelines for Green Clean standards, and were found acceptable- Increase run time and ventilation rates for mechanical equipment and exhaust systems
- Make changes to install a HVAC system in a Physics Storage Room
- Add air purifiers with HEPA filters in classrooms identified by teachers

The District will continue to evaluate any concerns raised and continue to be vigilant in efforts to protect our students, staff and visitors.

We have reached out to the teachers attorney, Richard Lippes, and are waiting to hear back from him.