First of its kind cemetery proposed in Amherst 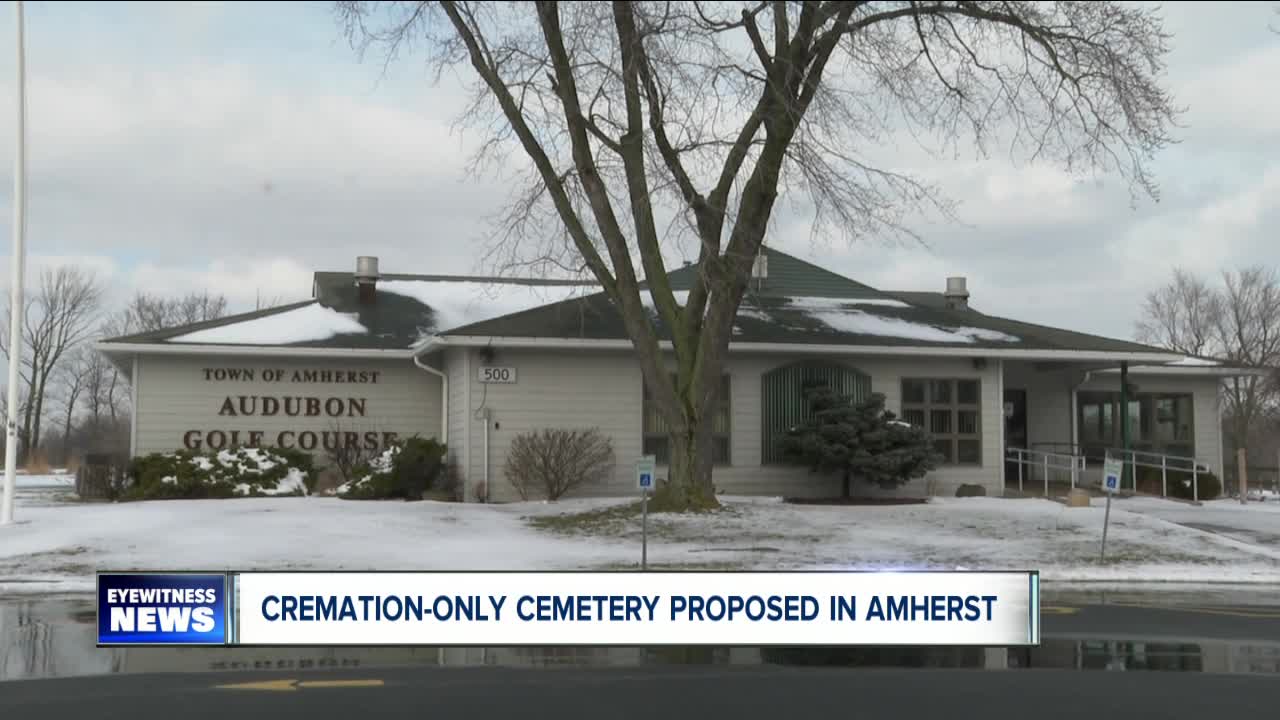 The Town of Amherst Supervisor wants to create a first of its kind Memorial Garden.

AMHERST, N.Y. (WKBW) — The Town of Amherst is proposing a first of its kind "Memory Gardens" in western New York.

The cremation-only cemetery would be off of Maple Road near the University at Buffalo North Campus.

The idea stems from mass burials recently discovered near the 14th and 18th hole of the Audobon Golf Course.

Officials said thousands died at the Erie County almshouse near UB's south campus, and the bodies were moved to where the golf course sits more than a century ago.

The proposed Amherst Memory Gardens includes a park like setting, botanical gardens, and walking paths. It would not allow a standard headstone typically seen in a cemetery.

Officials still don't know how much the project will cost, or how it will be paid for. But, they do know the golf course will likely only be open for one more season.

"We should not be playing golf over top of bodies," said Amherst Town Supervisor, Brian Kulpa. "The town had run a golf course through a cemetery unknowingly."

The Memory Gardens would be run by Forest Lawn Cemetery.

It's unclear when construction would begin. The town said it needs to first transfer the title of the land over to Forest Lawn.