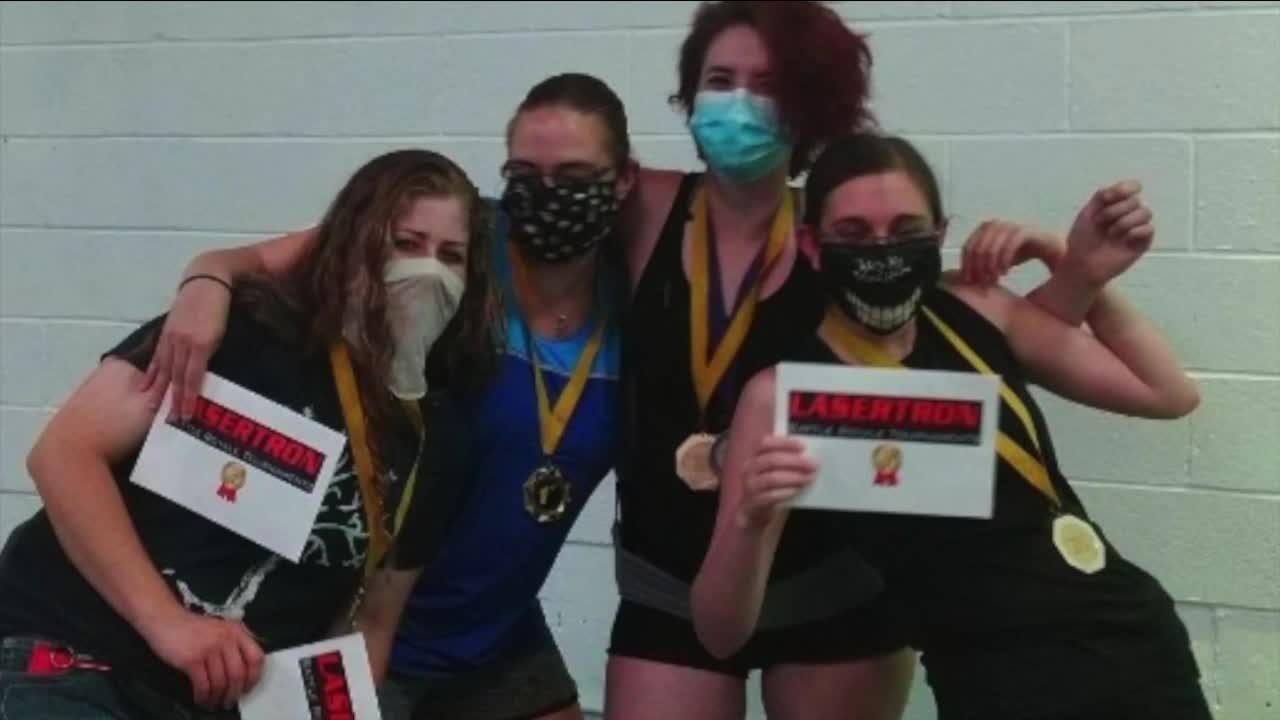 Just a month ago the squad won their first tournament -- and are the first all-women team to get first place.

“I love it more to the point of I don’t want to play battle royale video games, I just want to come here and play it,” Emily Faltisco said. Emily is a player at Lasertron in Amherst. She is part of a four women team called “Ladies Do it Better”.

Just a month ago the squad won their first tournament -- and are the first all-women team to get first place.

“I like to go out there and be like women are just as good as the guys out there,” Faltisco said.

“We worked together so well because we practice together so much,” Shelia Heinrich another player for "Ladies do it Better" said.

Emily and Shelia say they love playing because it’s a great stress release.

“It’s fun and it doesn’t matter if you win or lose you’re still having fun while doing it,” Heinrich said.

There’s a lot of strategy to the game. Keeping track of who has lives and making sure you don’t get hit. There are over six different video game simulators to choose from.

“We have similar play styles but we can play both roles, and we switch off, if one is on the offensive the other places more defensive in battle royale if one person on the team is alive you’re team will win,” Heinrich said.

“Ladies do it better” hope to continue getting some wins at tournaments in the future and hope to see more woman out there in the field.