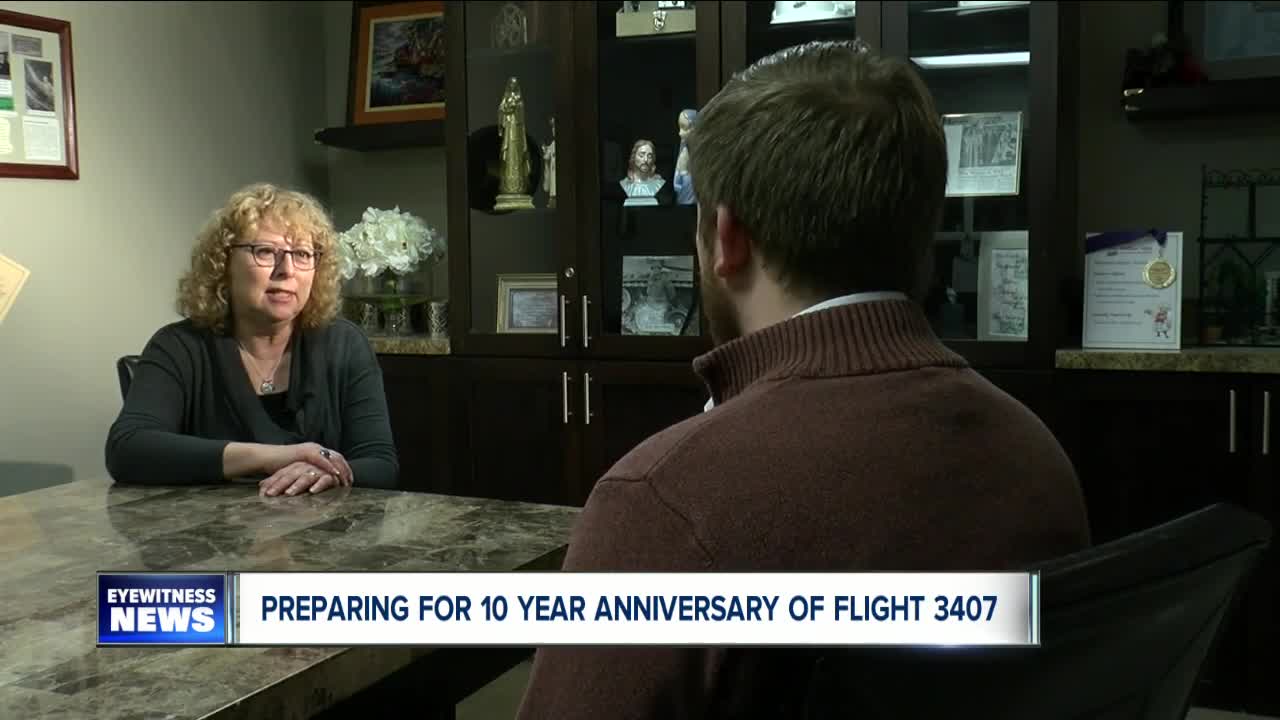 CLARENCE, NY (WKBW) — Do you remember your worst day?

She wrote a book about it. She speaks to groups about it. And next week marks the 10th anniversary of her worst day.

“It's just been on my mind since the summer time, so it's a little rougher this time around,” said Wielinski.

Ten years ago she was in her home with her husband, Doug, and one of her daughters, when flight 3407 fell from the sky and onto her house in Clarence. Doug was killed. So were the 49 on the plane.

“He was such a fan of history, it only seems fitting that he's a part of history, now” added Wielinski.

There to write down this part of Western New York history, is Karen. She wrote a book about her husband and life after the crash. She says it's strange to think of a decade gone by without Doug.

“You think of everything that your loved one has missed. We've had marriages, births, the book. We've had so many life events that have happened,” said Wielinski.

Karen's week will be busy.

Wednesday night she spoke to a crowd at Brothers of Mercy in Clarence. Next week, she'll meet with the families who share the same worst day.

“When you know you're going to be with the other family members that makes it a lot more emotional because you're seeing their pain too,” said Wielinski.

Karen Wielenski's worst day is burned into the memories of Western New Yorkers. And next week, she and some 50 other families will come together to relive that worst day.