59-year-old man saved before being swept over Niagara Falls 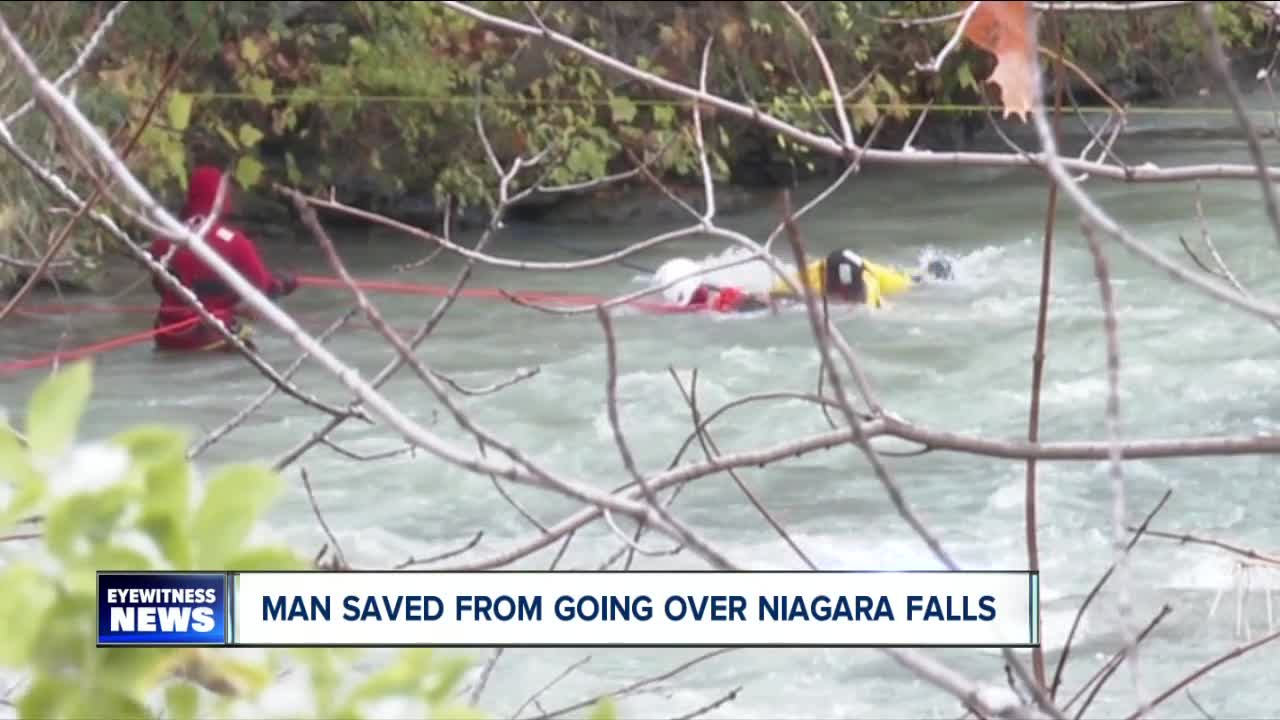 NIAGARA FALLS, N.Y. (WKBW) — New York State Park Police say a 59-year-old man who was rescued from water close to the brink of Niagara Falls is now in stable condition.

The man's name was not released, but police said the man was from Niagara Falls and remains in the intensive care unit at Niagara Falls Memorial Medical Center.

During a dramatic rescue that occurred in view of many spectators, and was broadcast live on social media, rescue crews from New York State Park Police and the Niagara Falls Fire Department were able to safely get the man to shore, despite the fact that he initially struggled with rescuers.

One of those being called a "hero" is NYS Park Police Major Clyde Doty.

Major Doty, 57-years-old and a 28-year veteran of the police force, was credited with holding onto the man and keeping his head above water for an extended amount of time.

Normally, a police major would not do a swift-water rescue himself, but Doty said there was no one else available and there was no time to wait.

Doty is no stranger to rescues as he took part in several throughout his career.

As to this particular rescue, Major Doty said, "This is one of three big ones that I have been involved with." He told 7 Eyewitness News Reporter Ed Reilly that he feared the man would die if the rescue had not gone as it had.

The lowering of water levels also helped rescuers in the racing water.

It made a difference.

According to Major Doty, he could feel a definite decrease in the force of the water which made it easier for him to keep his feet.

Water flow over Niagara Falls was increased after the rescue.