Eyewitness: Women drove car through protesters before being assaulted 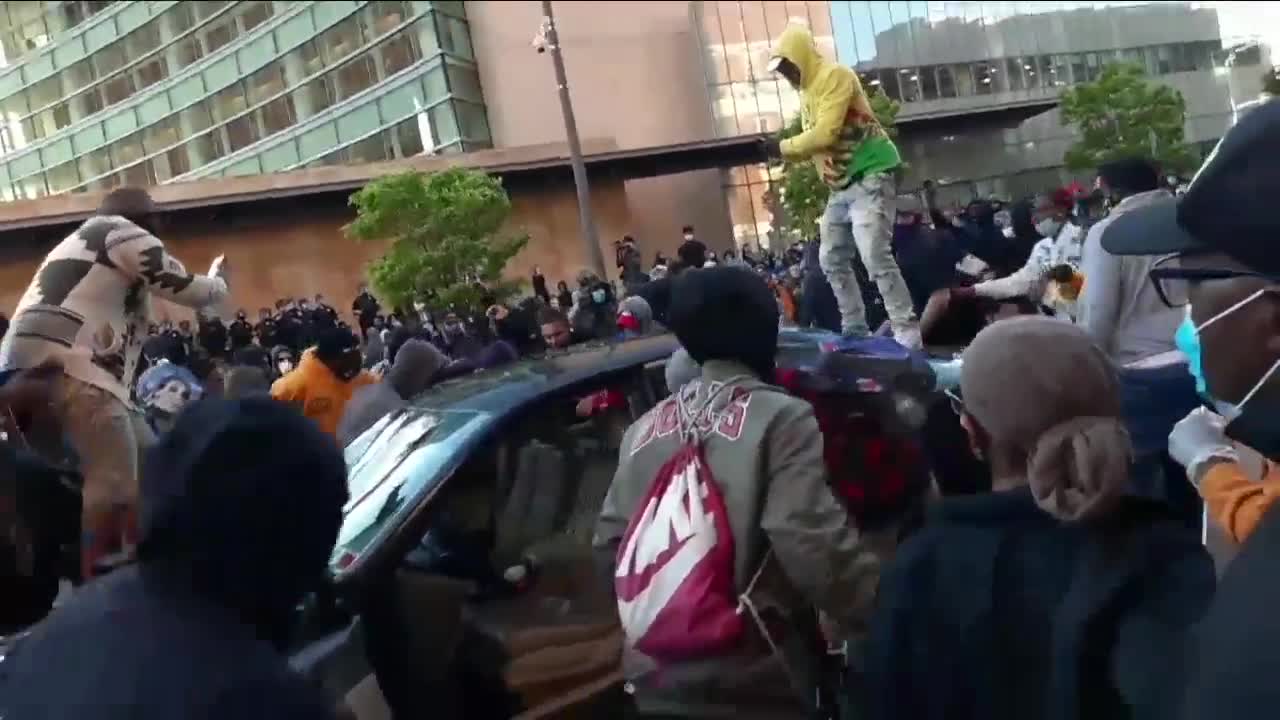 BUFFALO, N.Y. (WKBW) — It was a moment when the protest in Buffalo Saturday appeared to take a violent turn.

Protesters were outside the Federal Courthouse in Buffalo when a car got in the middle of hundreds of people.

Eyewitnesses say the female driver was actively trying to incite violence by throwing things at law enforcement, and providing things to people to throw at police.

“After folks found out the source of the flying debris, they confronted her and asked her to leave,” said Vance Stinson who says he was peacefully protesting. “The crowd around her pleads that this is a peaceful protest. A chant starts for her to leave. The protesters make way for her to back up.”

That’s when eyewitnesses say the woman got in her car and instead of backing up, accelerated into the crowd.

“She hit the gas and ran into protesters,” said Tara Ewing.

Police say the 29 year-old woman was then pulled from the car and beaten in the roadway.

Protesters then got on top of her car and video shows, started smashing in her windows and destroying the vehicle.

“We have had some people call our confidential tipline and provide some information, but at this point, I’m just not at liberty to discuss what her intentions were,” said Buffalo Police Captain Jeff Rinaldo.

Protesters who were there for a peaceful night say they’re sad this appeared to be the turning point.

“I just hope we can still get our message across and let change happen,” Ewing said.

Buffalo Police tell me officers went to interview the woman, who is currently injured at ECMC, and she was not cooperative with the investigation. At this point, the assault case is closed, but BPD is still investigating whether she intentionally used her car as a weapon.