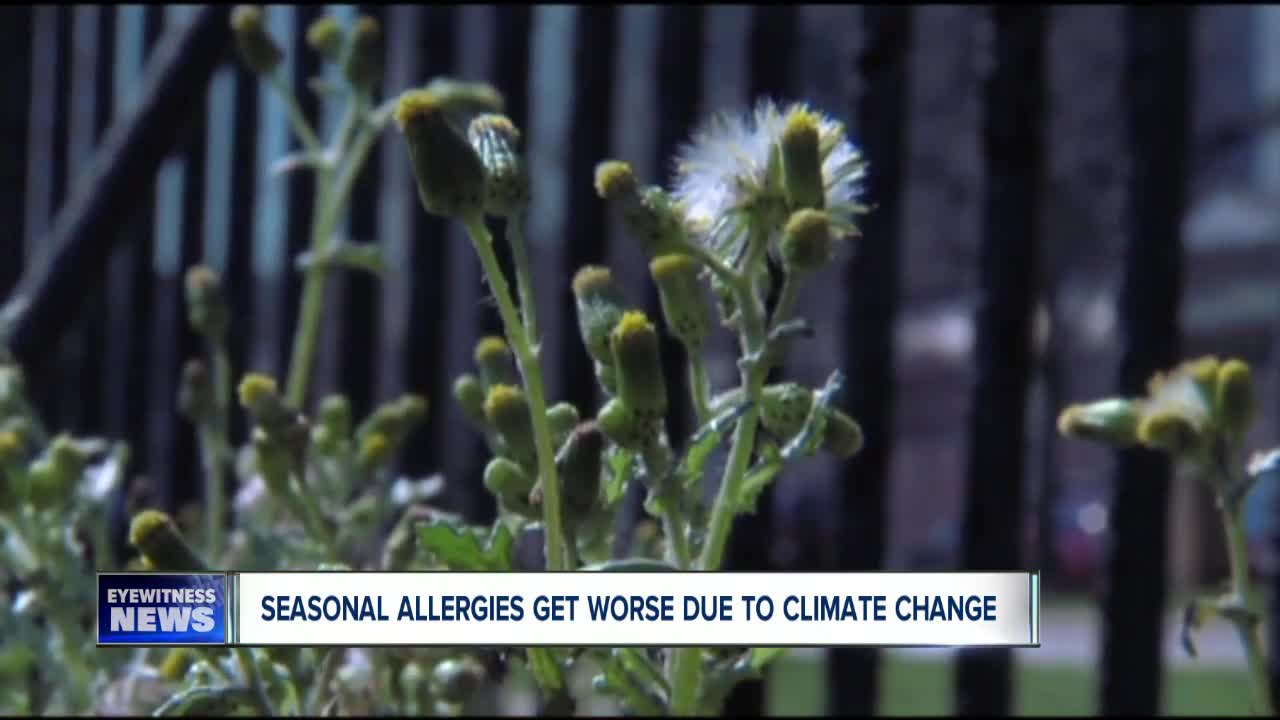 If you think your spring allergies are getting worse, you're right. According to the Union of Concerned Scientists, climate change is to blame.

BUFFALO, N.Y. (WKBW) — If you think your spring allergies are getting worse, you're right.

According to the Union of Concerned Scientists, climate change is to blame.

"Plants are changing. They're changing their blooming habits, we're seeing longer periods of time when we have green plants growing, even in a northern climate like this," he said.

Carbon dioxide increases a plant's growth rate, that in turn increases the amount and potency of pollen. Rising temperatures caused by carbon dioxide extend the plant-growing season and the duration of allergy season.

He also said you should not ignore your allergy symptoms because things could escalate.

But for the 40 million Americans suffering this allergy season, there is some good news. There have been advancements in treatments and therapies for both asthma and allergies.

"Within the past three to four years, we've seen a significant increase in the availability of highly effective medicines for asthma. They're very new, they're state-of-the-art and that's really very re-assuring to me as a physician," said Dr. Schwartz. "The newer antihistamines are less sedating or not sedating at all and are equally as effective as the old ones."

He said there's even injectable therapy to deal with allergies.

Dr. Schwartz said in addition to therapies, one thing you can is avoid being outside when plants are pollinating, staying indoors with the A/C running, and of course visiting a doctor to be evaluated and treated.