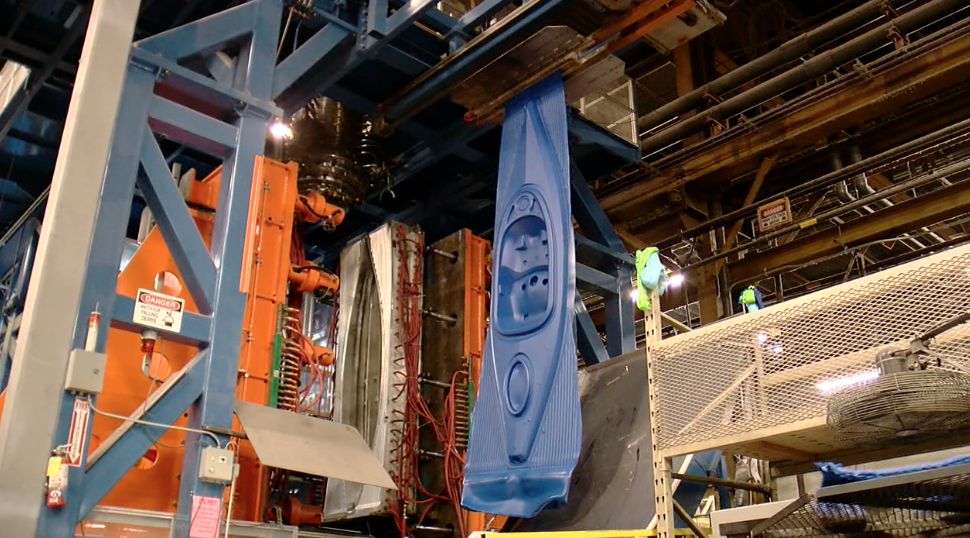 WNY students are learning about the manufacturing industry and getting valuable information about the industry.

NORTH TONAWANDA, N.Y. (WKBW) — A group of Western New York schools are touring manufacturing facilities and filming the entire experience. It's all part of a video contest hosted by the Northland Workforce Training Center.

There isn't much in the way of a prize, but those involved say the experience they get is invaluable.

"We're hoping a project like this can help inspire the next engineers," Bob Confer, the president of Confer Plastics, said.

West Buffalo Charter toured the Confer Plastics facility for two hours. They saw how kayaks and Jacuzzi panels are made. The bosses even sat down with students and answered any and all questions they had.

One student asked, "Why do you think your project is important, and how do you think it helps people in the community?"

It was a chance for these 7th graders to see something they never have before.

"No one usually gets to see things like being manufactured," Bussell said.

Confer said there is a perception that manufacturing in Western New York is dying. He wants to buck that trend and show these students how vital manufacturing is to a community.

The student videos are due by March 20th. There will be a judges vote as well as a public vote. There is no money award, but students get to keep the GoPro's they filmed on. They will also receive a participation certificate from the state.