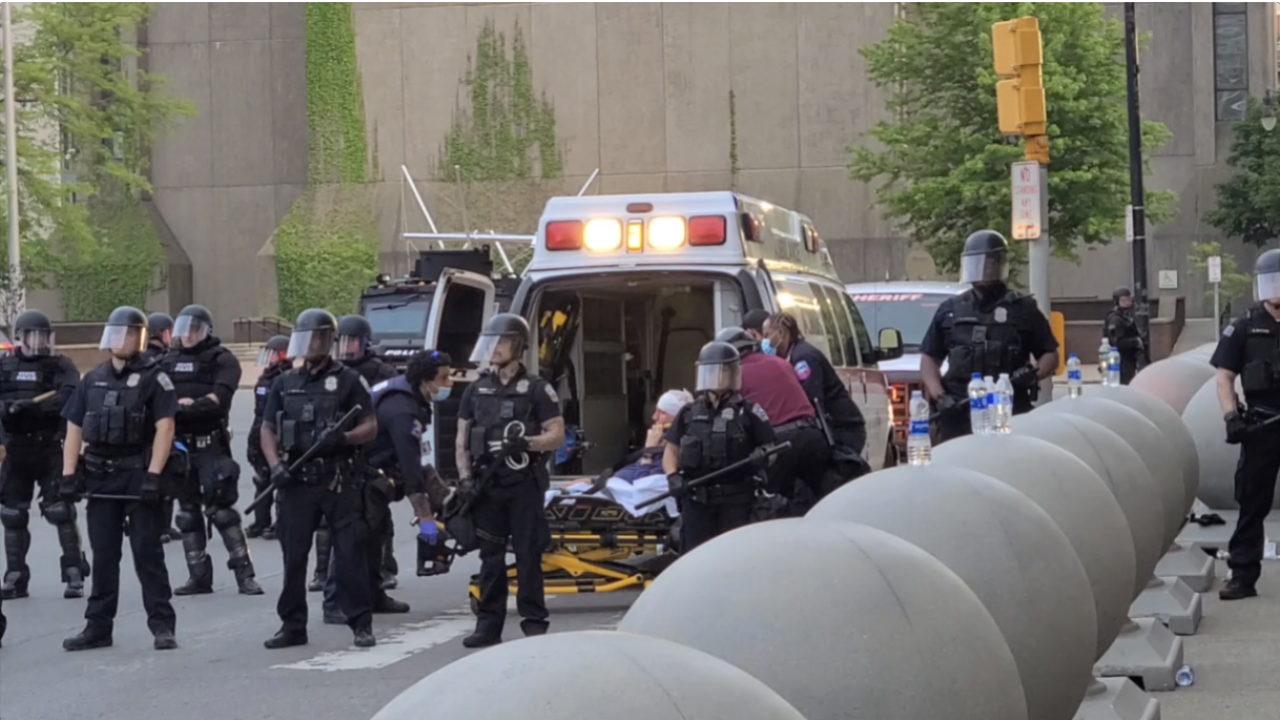 Two officers of the Buffalo Police Department’s Emergency Response Team spoke with 7 Eyewitness News under the condition their names not be used.

The officers are part of the 57-person volunteer assignment team that resigned Friday, following an incident involving two of their members Thursday night in Niagara Square. They did not resign from the police department, only from their roles on the team.

The officers we spoke with said the Buffalo Police Benevolent Association’s statement asserting all 57 officers resigned from ERT in a "show of support” with the two officers that were suspended without pay is not true.

“I don’t understand why the union said it’s a thing of solidarity. I think it sends the wrong message that ‘we’re backing our own’ and that’s not the case,” said one officer with whom we spoke.

“We quit because our union said [they] aren’t legally backing us anymore. So why would we stand on a line for the City with no legal backing if something [were to] happen? Has nothing to do with us supporting,” said another.

A representative from the Buffalo Police Benevolent Association told 7 Eyewitness News Reporter Hannah Buehler the officers resigned in “disgust” with how the two officers were treated.

THREAD: I am told it is the ENTIRE Emergency Reaponse team. The Union tells me it fully understands their “disgust” “These officers were simply following orders given by DPC Joe Gramaglia to clear the Square” @wkbw

“Some of them probably resigned because they support the officer,” said another officer with whom we spoke. “But, for many of us, that’s not true.”

“The City, DA Flynn, they’re not representing those guys at all. They have to find their own lawyers, they have to come out of pocket.”

7 Eyewitness News was not able to reach PBA president John Evans to confirm this information or get a response to several officers shooting down his assertions, but we did obtain an email sent to PBA members by Evans.

It states, in part:

“In light of this, in order to maintain the sound financial structure of the PBA it will be my opinion the PBA NOT to pay for any ERT or SWAT members legal defense related to these protests going forward. This Admin in conjunction with DA John Flynn and or JP Kennedy could put a serious dent in the PBA's funds.”

“You can’t ask people to do something and then when they do it and it goes bad then you just say they’re on their own,” an officer told 7 Eyewitness News.

To read more on how Buffalo and Erie County elected officials respond to the ERT resignations, click here.