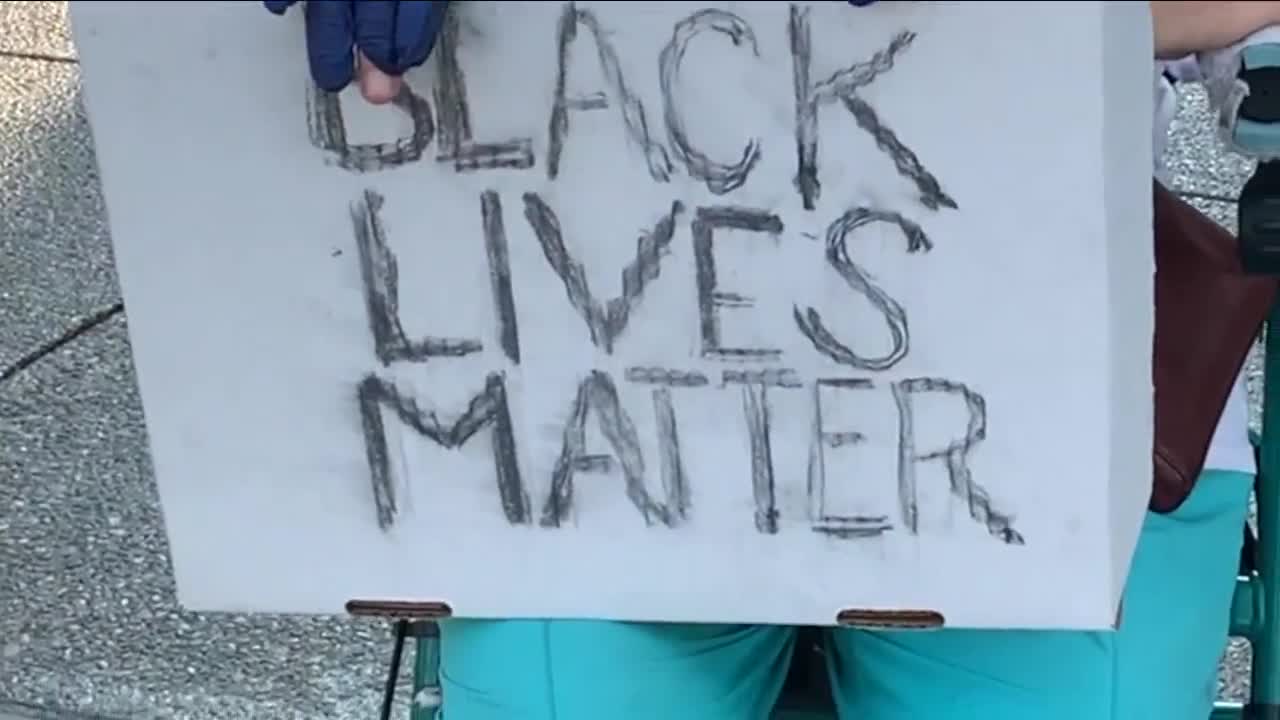 On a scorching 97 degree Fahrenheit day, Valerie Niederhoffer and Chuck Culhane braved the heat to take a stand for equality. 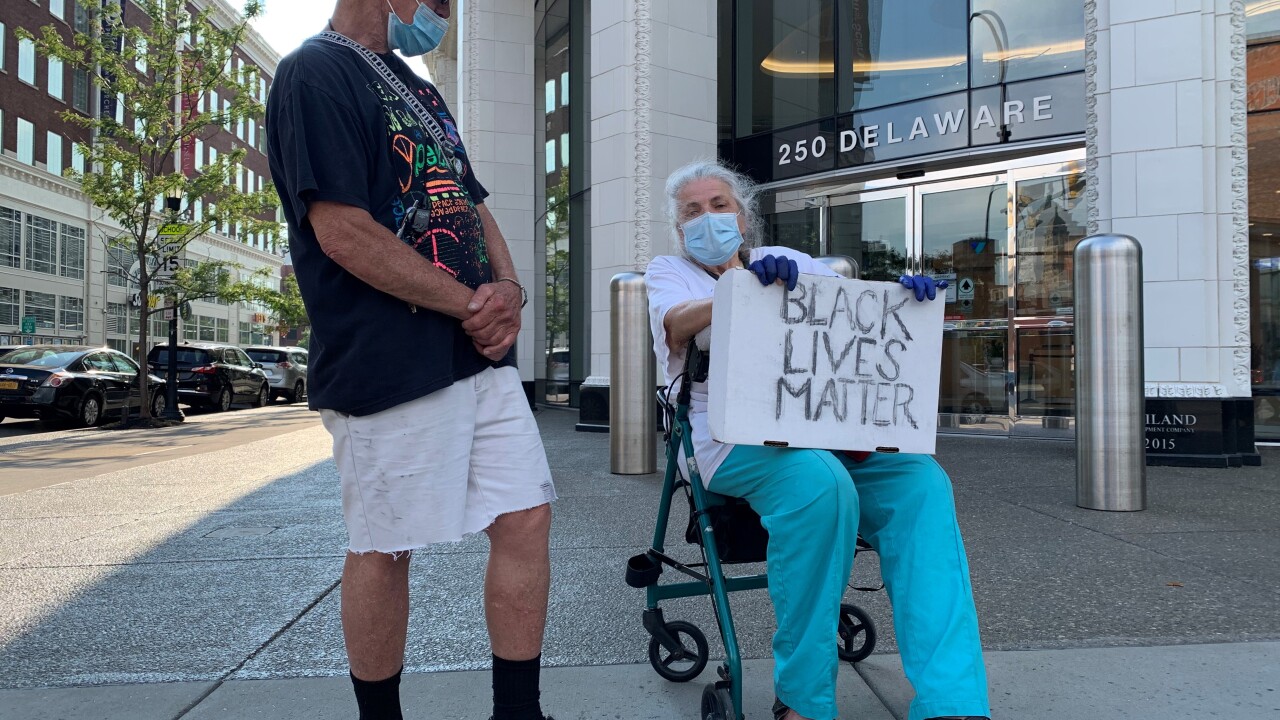 BUFFALO, N.Y. (WKBW) — On a scorching 97 degree Fahrenheit day, Valerie Niederhoffer and Chuck Culhane braved the heat to take a stand for equality.

"I'm here because Black lives matter. And I do care about all people," Niederhoffer said.

The pair have been demonstrating on a sidewalk outside the U.S. Immigration and Customs Enforcement offices, at the corner of Delaware Avenue and W. Chippewa Street, once a week for the past few weeks.

It's where they used to protest against immigrant detention. But this season, they have a new cause.

"We have too much racism in this country," Niederhoffer said.

This elderly couple was outside in 97 degree heat tonight to share a message of respect and to let the Black community know they care. They’ve been demonstrating weekly outside the ICE offices in downtown Buffalo. pic.twitter.com/liHJOTKvBD

Niederhoffer and Culhane, who are active members of the WNY Peace Center, say the Black Lives Matter movement intersects with the social issues they have believed in for years.

"For example black lives matter has given a boost to all of the, a lot of the issues we've been fighting for. Against war. Against mass incarceration," said Chuck Culhane, a WNY Peace Center task force member.

These activists don't have a big group with them. They do not have a social media megaphone. But that's not what motivates them.

"I think Black people feel very alienated. I'm happy to let them know that as a non black person, I do care," Niederhoffer said.