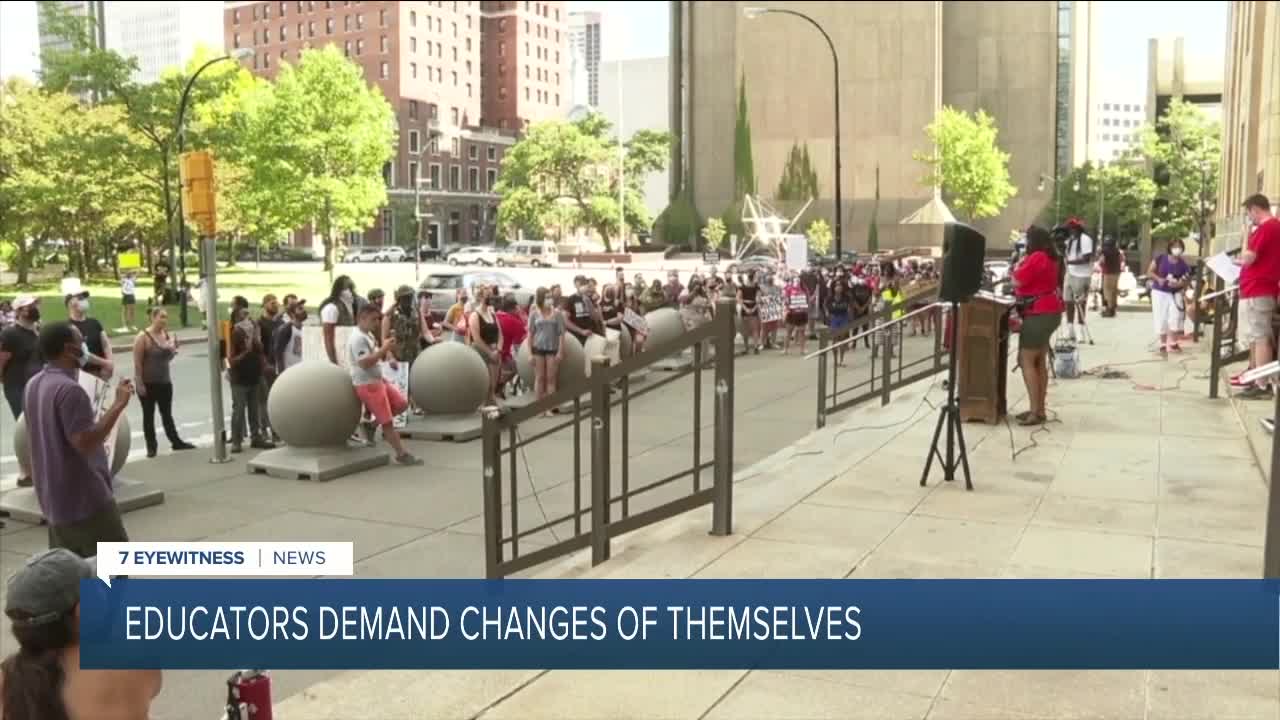 The rally was held at Niagara Square in Buffalo.

BUFFALO, N.Y. (WKBW) — The idea is to keep everyone accountable when it comes to systemic racism in schools and beyond. That idea is what brought dozens of educators to the steps of Buffalo City Hall. They came with demands. Instead of demanding others to take action, they're taking it upon themselves to make changes.

“What we do want to attack is what we can control. We can control what happens at our schools because ultimately we're the ones that put police officers in their positions because we educated them,” said Demarco Strickland, an elementary school principal and rally organizer.

The three demands from the group called, “Change Starts with Me” are

Some speakers harped on other issues to stop systemic racism.“Stop the adultification of black and brown children, right? Stop seeing them as bigger and older than they are. Stop criminalizing their very being. Just stop,” said Ebony Bullock, an assistant superintendent with Buffalo Public Schools. She also helped organize the rally.

Next month, the group is holding a virtual town hall, to keep the conversation going.