A resident and chef switch roles 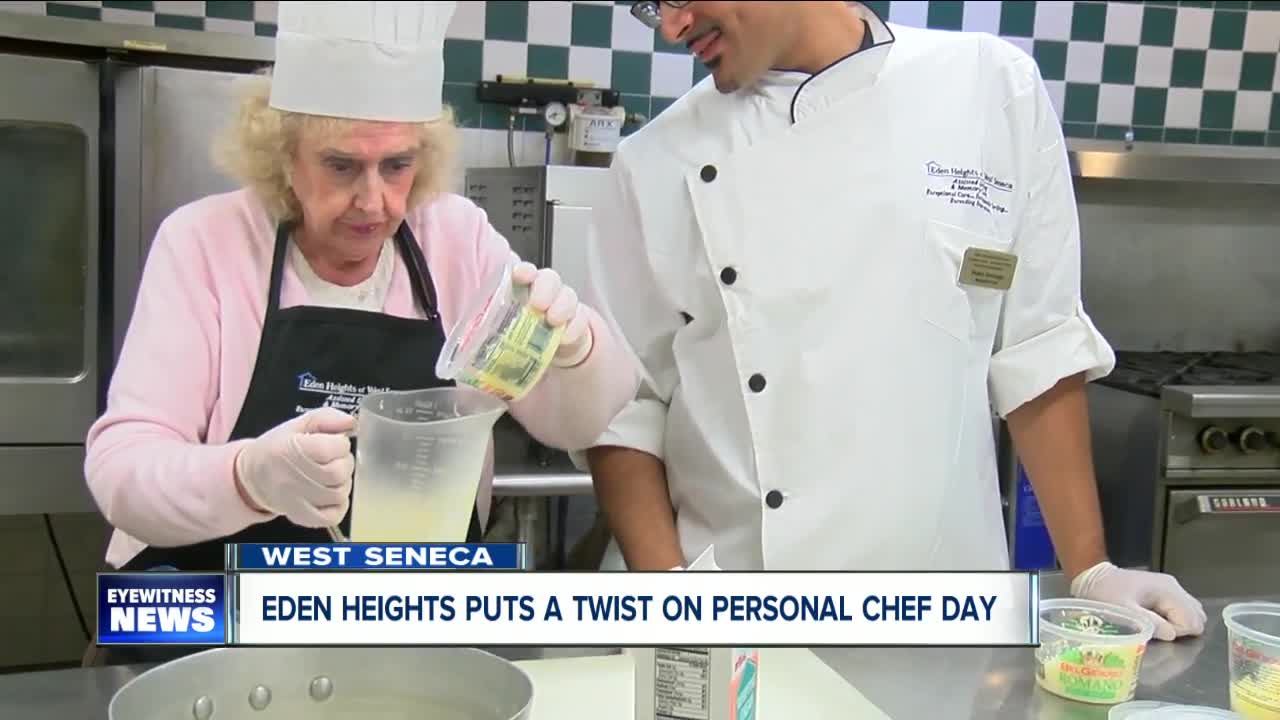 WEST SENECA, N.Y. — 85-year-old Margaret Maronn, better known around Eden Heights Assisted Living in West Seneca as Peggy, put on her chef's hat and stepped into the kitchen to share some of her wisdom with Dietary Director Pedro Santiago.

"The roles are reversed," Santiago said.

"I'm going to send for the British Army to come in and stand by," Maronn said.

"A peanut butter and jelly sandwich. That's what I can do," Maronn said.

What dish does she like best? Classic dishes from her home - English food.

Santiago does his best to accommodate all guests requests. He hosts sessions once a month with residents, where he takes suggestions.

"I get to stand in front of them all, with their pitch forks, and good or bad, take it," Santiago said.

The most important question: how did Maronn do in the kitchen? Santiago said just fine.