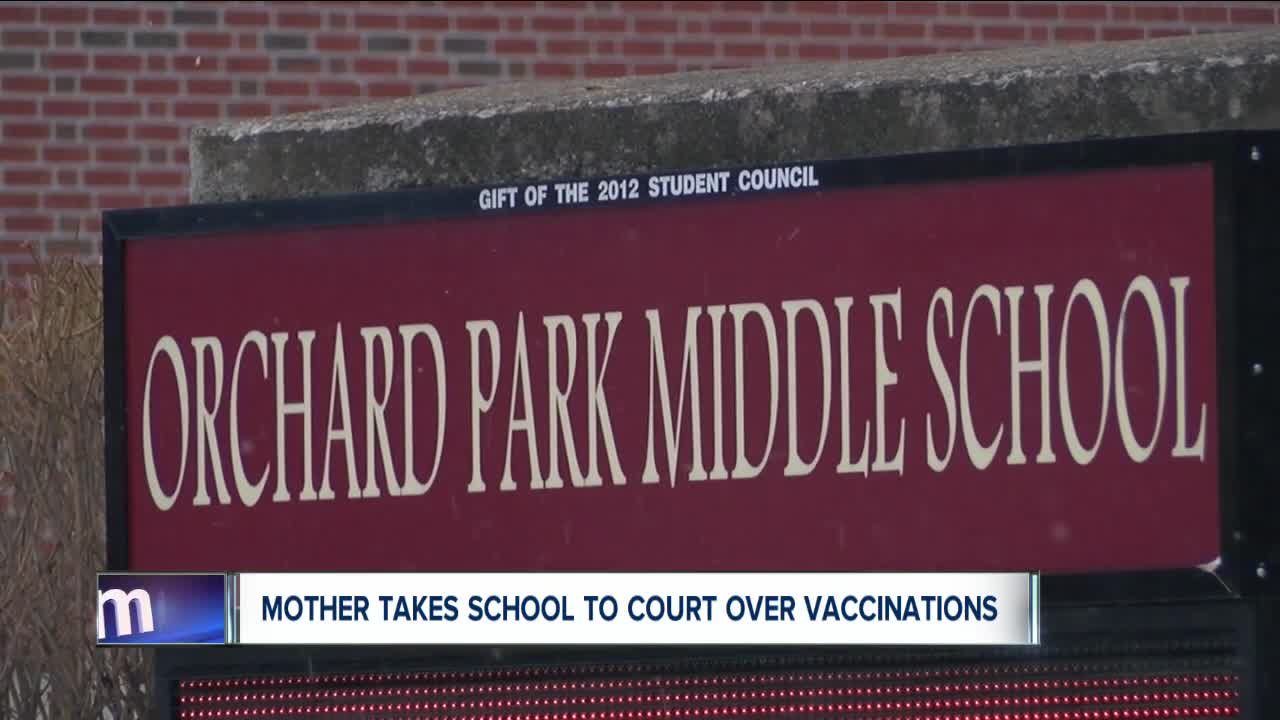 ORCHARD PARK, N.Y. (WKBW) — Marina Williams' two daughters have been out of Orchard Park Schools for months after the district and the state denied their personal belief exemptions. Now, Williams is taking them to court.

"This isn't a vaccination lawsuit and my client is not an anti-vaxxer. The issue here is she is seeking to avail herself of a religious exception," Williams' lawyer, Frank Housh, said. He adds the family has opted out of vaccinations for "generations."

Vaccination goes against their religion, which according to court documents the family belongs to 'Temple of the Inner Flame.'

"The Orchard Park School District and no one else for that matter is in the position to make the determination that this is a good faith practitioner," Housh said.

It was in the fall the Williams family moved from West Seneca to Orchard Park. According to the lawsuit, in October, the OPSD rejected the "Request for Religious Exemption" for Williams' 13 and 15-year-old daughters. The suit says Williams then filed a petition, which the Commissioner of Education denied. The sisters were kicked out of school on November 30th and asked to not return to school grounds.

"They didn't follow the law and they've continued to not follow the case. That's why we're going to court," Housh said. He added that since that day, the girls have received no education resources from the District.

"It's against the law and quite simply cruel to set these childrens' education lives back so far," he said.

West Seneca School District declined to comment on the situation, but Housh says his client never had any issues proving religious exemption there.

A school district has no duty more important than protecting the health, safety, and welfare of its students and staff. Ensuring that the immunization requirements under state law have been met is critical to carrying out this duty. The New York State Commissioner of Education has denied a request to allow unimmunized students living in the District to attend school while they seek an exemption to the State Public Health Law requirements. Because this matter is now before the court, it would be inappropriate to comment any further.