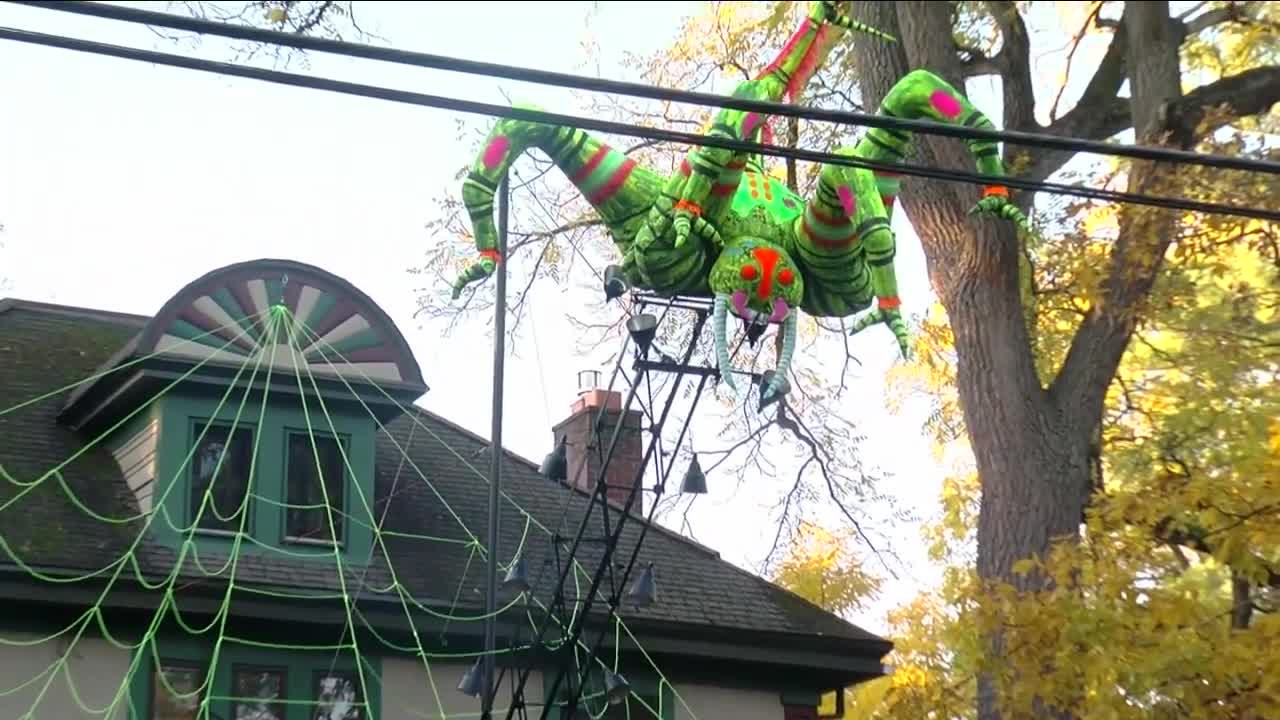 This home on Oakwood Avenue in between S. Grove Street and Walnut Street is going viral and was featured on America This Morning. 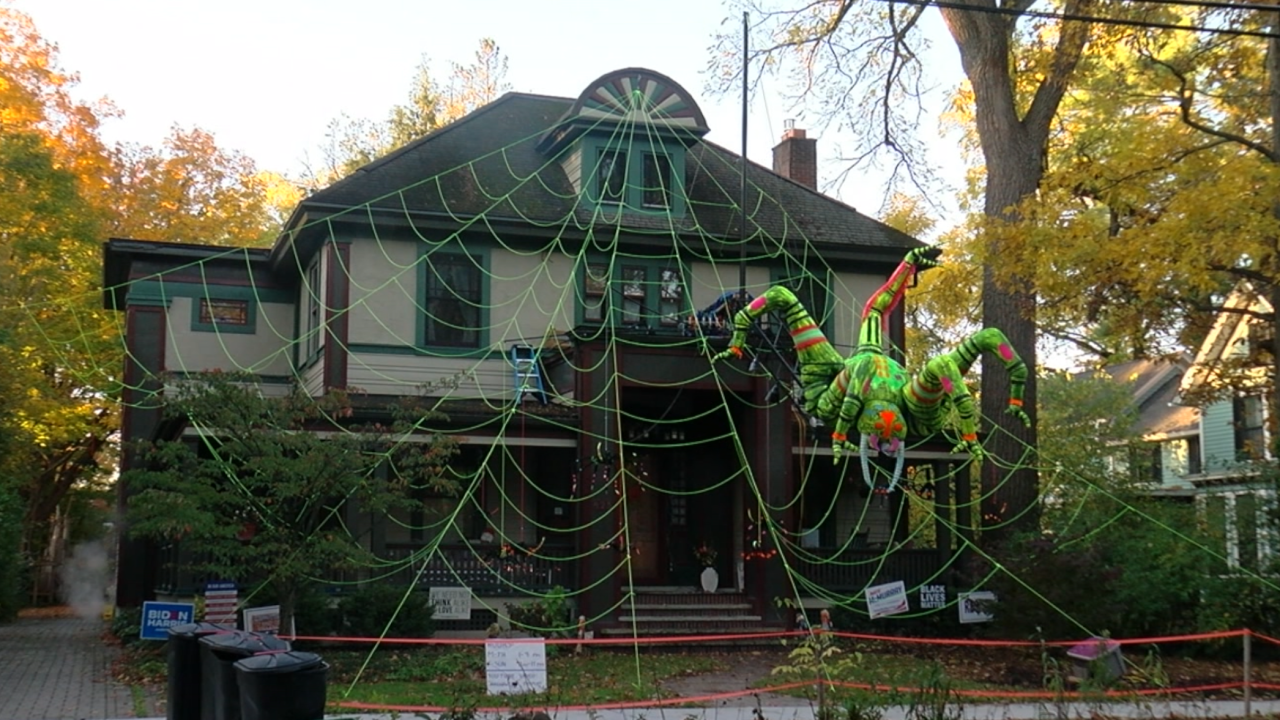 EAST AURORA, N.Y. (WKBW) — We're just over two weeks away from Halloween, but that hasn't stopped one East Aurora home from getting into the spooky spirit.

This home on Oakwood Avenue in between S. Grove Street and Walnut Street is going viral and was featured on America This Morning.

Because so many people want to check out the house, the owners of the home have to actually schedule times for people to come visit.

This design is actually something you cannot get in the store.

We actually caught up with the man who owns the home who tells us he started building the spider in May to have it ready for Halloween, but he says it was all worth it just to see the smiles.

"With so much going on this year I thought Halloween wasn't going to be the same and I felt if there was ever a time that we needed something other to look at it was now," said David Moomaw, homeowner.

Moomaw who is a retired toy engineer who used to work for Fisher-Price says he has plans to step up his spider game for next October, but says it's still a surprise.