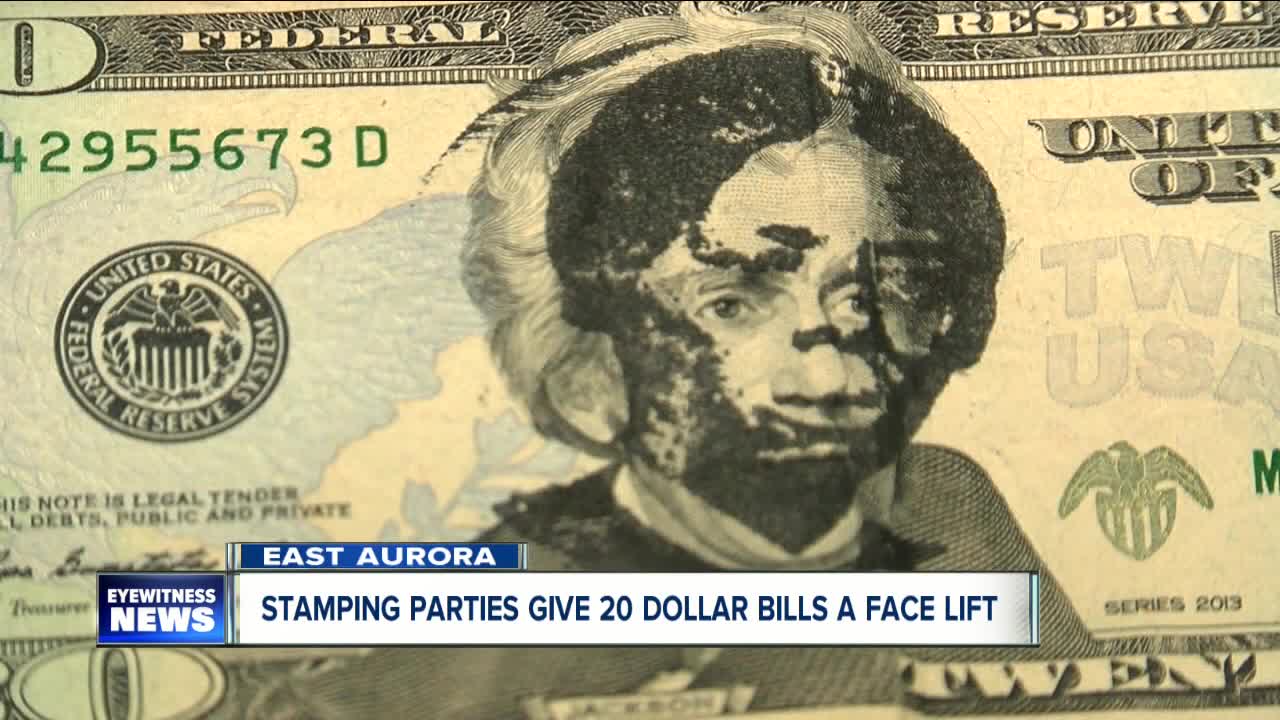 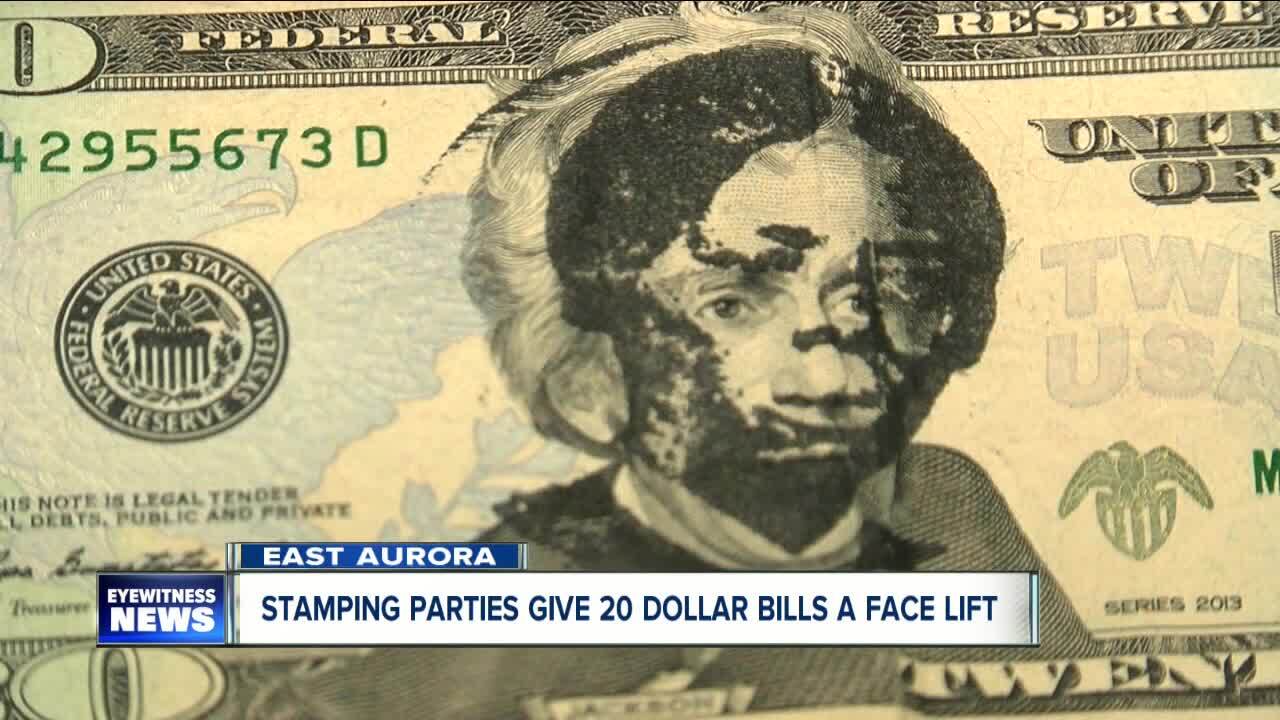 EAST AURORA, N.Y. (WKBW) — A group of women in East Aurora came up with a way to honor Harriet Tubman's legacy by stamping her face on $20 bills, ahead of the change to put Tubman on the bill.

In 2016, the Obama administration announced it would replace former President Andrew Jackson with underground railroad hero Harriet Tubman on the $20 bill.

The change was supposed to go into effect in 2020, to commemorate the 100th anniversary of Women's Suffrage, but Treasury Secretary Steven Mnuchin says the change won't take place until 2026.

That's when Rachelle Francis and a group of her friends decided to hold a stamping party.

"We're kind of tired of waiting for the change to happen," Francis says, "I'm stamping every $20 I get."

Stamps with Tubman's face are sold on Amazon, eBay, Etsy, and other places.

Putting someone's face on money is not considered defacing money, as the only things which constitute defacing money are cutting up a bill, putting two bills together, poking holes through the bill, or doing anythng for the purpose of not being able to use the bill again.

Even though Francis loves stamping Tubman's face on the $20 bill, shes hoping for an ink that's more permanent, saying, "I would love to see an official change, it would be an important statement to a lot of people in this country. All the women, all the people of color, that yes they can be represented on our currency too."