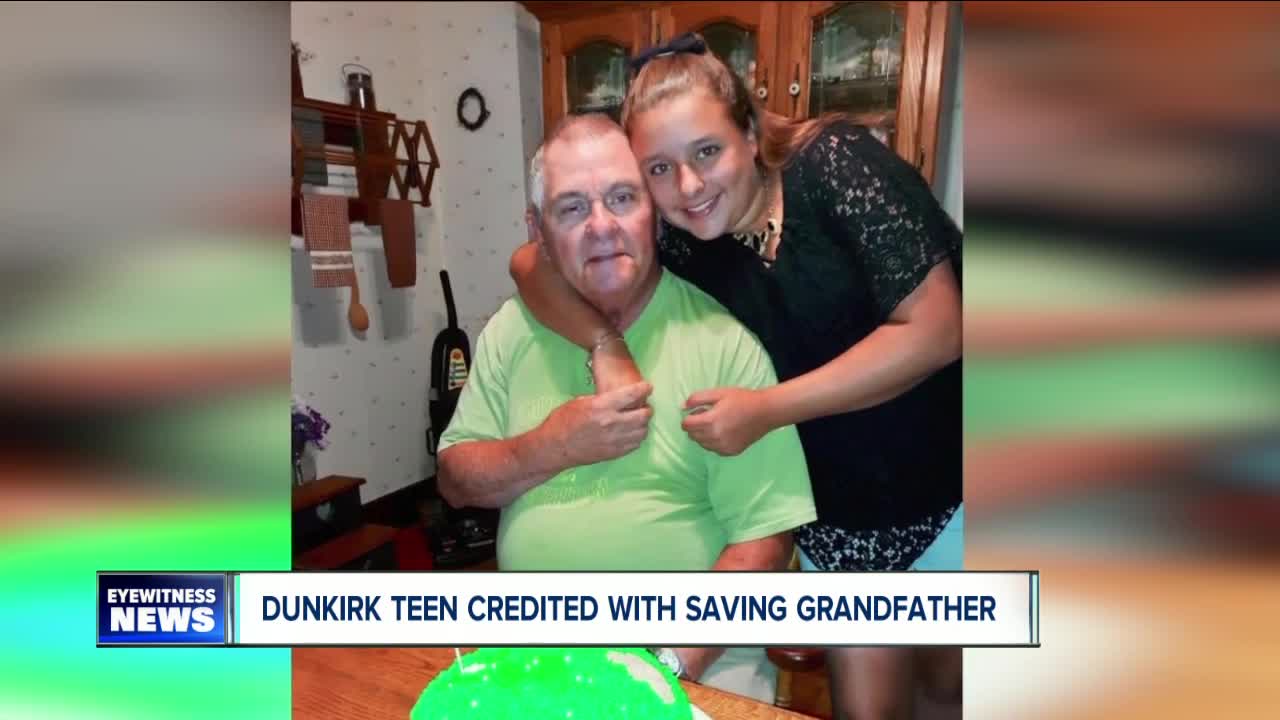 13-year-old Hannah Rosing was being picked up from Dunkirk Middle School by her grandfather when he experienced a life threatening medical emergency. Rosing's quick actions are said to have saved his life. 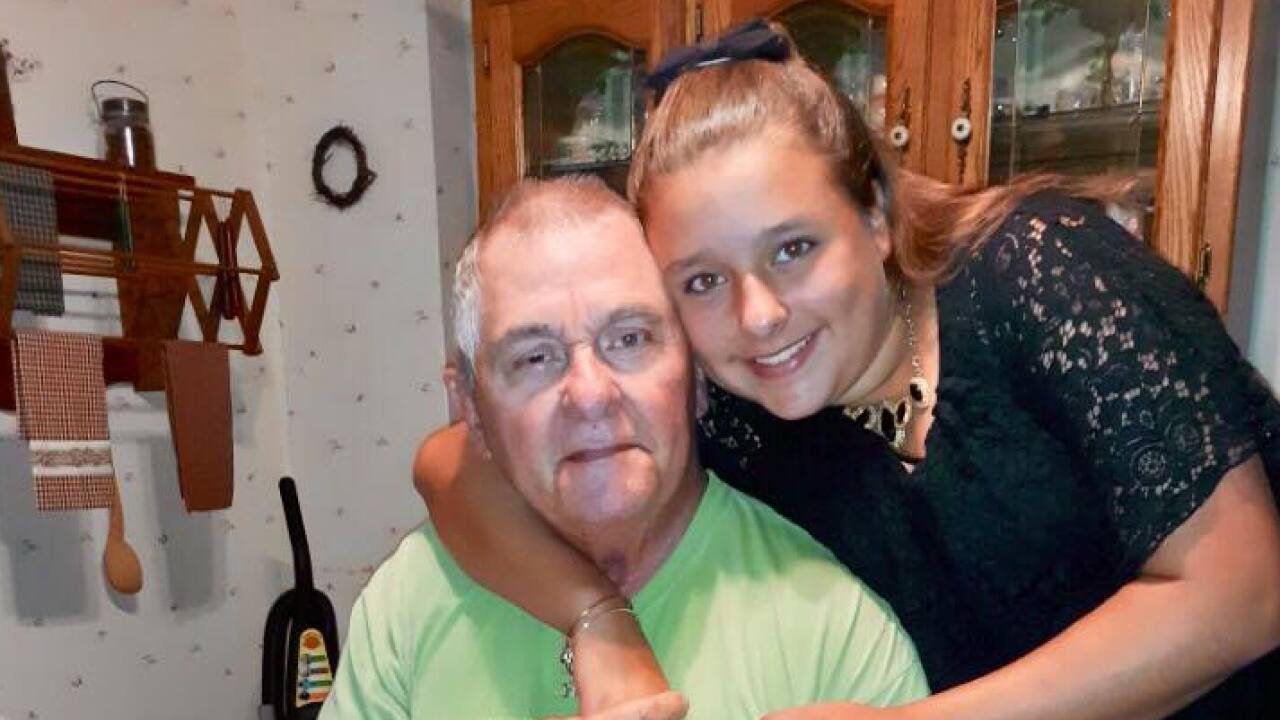 It was a typical chilly November day, when David Taber, Sr. of Sheridan, went about his favorite task of picking up his adoring 13-year old granddaughter, Hannah Rosing, from Dunkirk Middle School. On any given day, David would stand beside the car and wave as Hannah exited the building after a full day of 8th grade learning and activities.

But this day was different.

As Hannah approached her grandfather's red SUV, he wasn't standing outside. And he looked "funny", she said. "I asked, Grampie, are you okay? But he didn't respond. Then I shook him, but he was slumped over the steering wheel."

"My mother is a nurse, so I knew to immediately do CPR," the articulate teen explained. But David was in such a position that made CPR difficult, so Hanna pulled out her phone and called 911. Like a seasoned pro, Hannah communicated to the emergency services dispatcher, "He has a heart condition and is unresponsive."

By that time, Hannah's friends had noticed the commotion and made their way over to help. It was clear, David was experiencing a heart attack.
As luck would have it, Alstar EMS North Division, just a few short blocks from the school, arrived moments later. The group flagged down the ambulance at which time first responders began CPR in the street.

It wasn't until then that Hannah called her mother at work.

Alice Rosing, David's daughter, raced to the Brooks-TLC Hospital System, Inc. Emergency Department, a stone's throw from the Middle School, where Hannah, her friends and her friend's mother waited while David was intubated.

Heather Janik MD, attending Emergency Department physician that afternoon, said "The survival rate of patients with an out-of-hospital cardiac arrest is only about 6%." But because of her quick actions, Hannah saved her grandfather's life."

"Hannah has strength beyond what I knew she had", Alice spoke proudly of her daughter. "She held it together for everybody else. I'm incredibly proud of her."

Upon being stabilized at Brooks-TLC, David was transferred to Buffalo General Medical Center where he was placed on a ventilator in the ICU. David stayed at BGMC for a week while doctors surgically placed a defibrillator to restore a normal heartbeat.

A few weeks later, with David settling back home, he feels tired, but on the mend. Although he remembers nothing of last month's ordeal, he explained, "Knowing it was Hannah who saved my life makes me emotional." Through tears, he managed to add, "She's fantastic. She's my guardian angel." David has already been cleared by his cardiologist to drive and can't wait to resume his normal routine of picking up his best girl from school.
"Those two have always had a very special bond. They're like best friends", Alice proudly shares of her father and daughter. With much to be thankful for, Christmas will be even more special this year for the Rosing – Taber family.