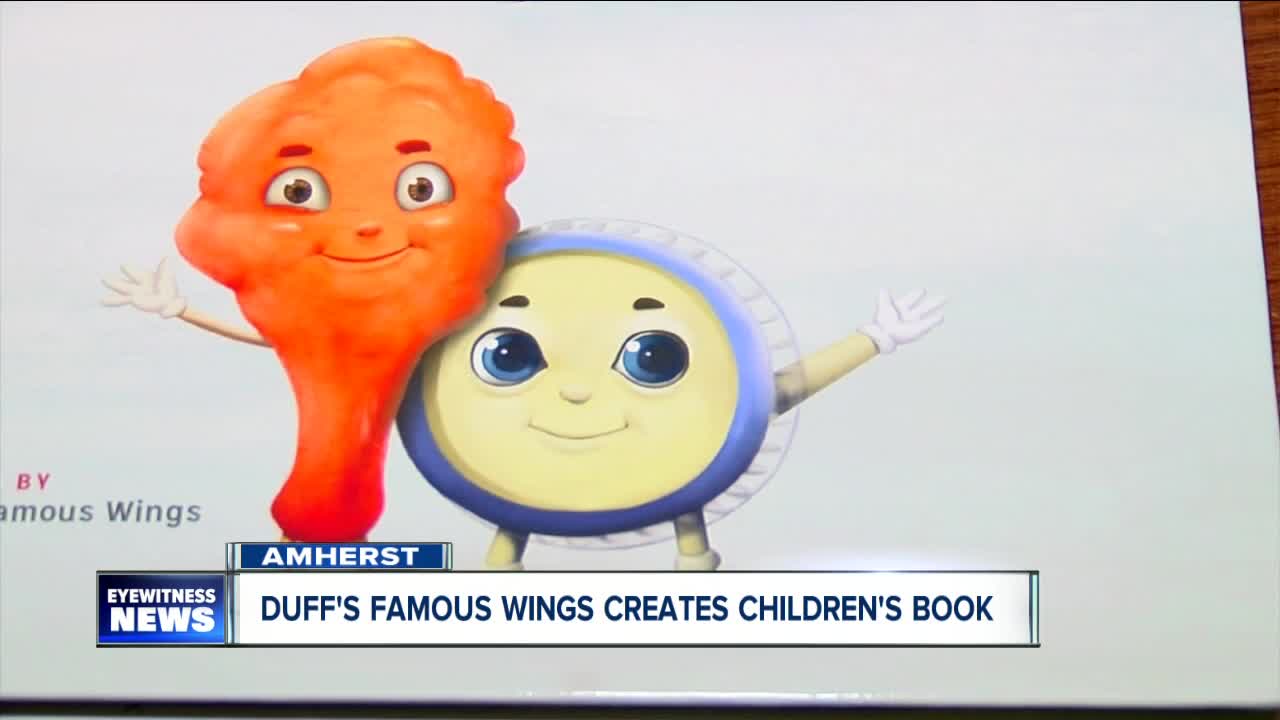 For the past two years, Duff's Famous Wings has been cooking up something new for its wing-lovers, and based on the early buzz, it could be even hotter than the beloved restaurant's hottest chicken wing. 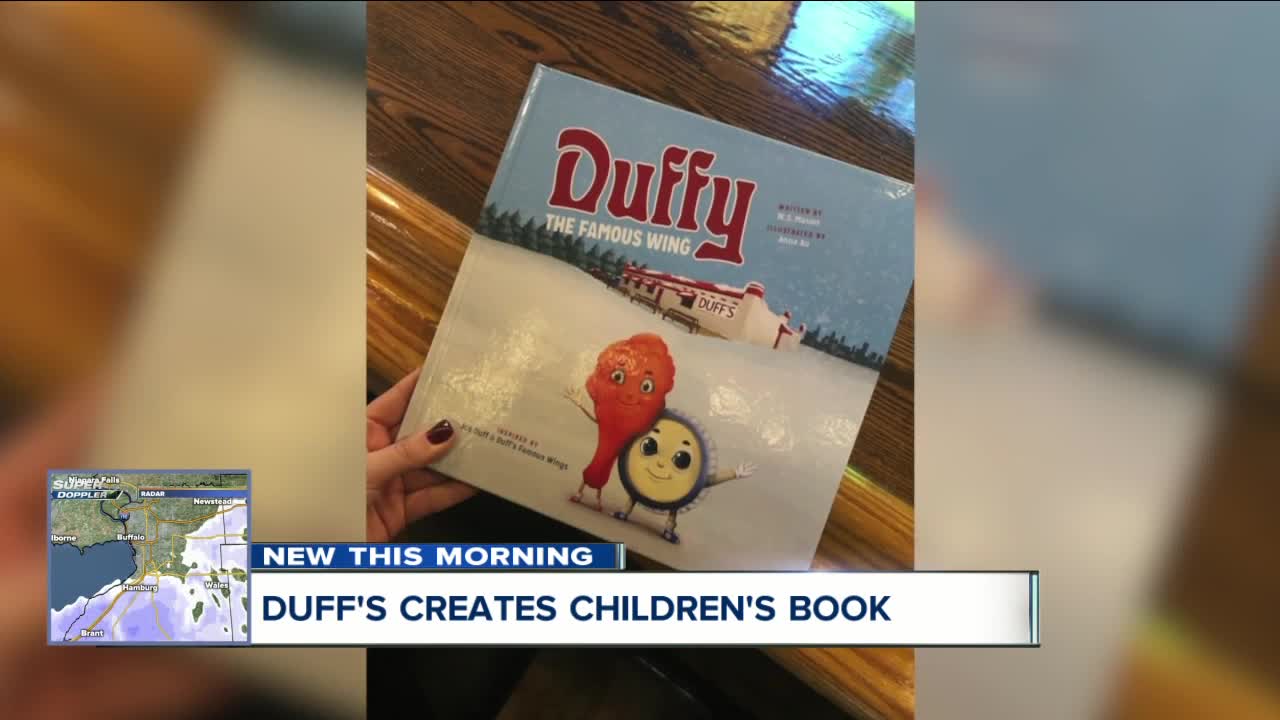 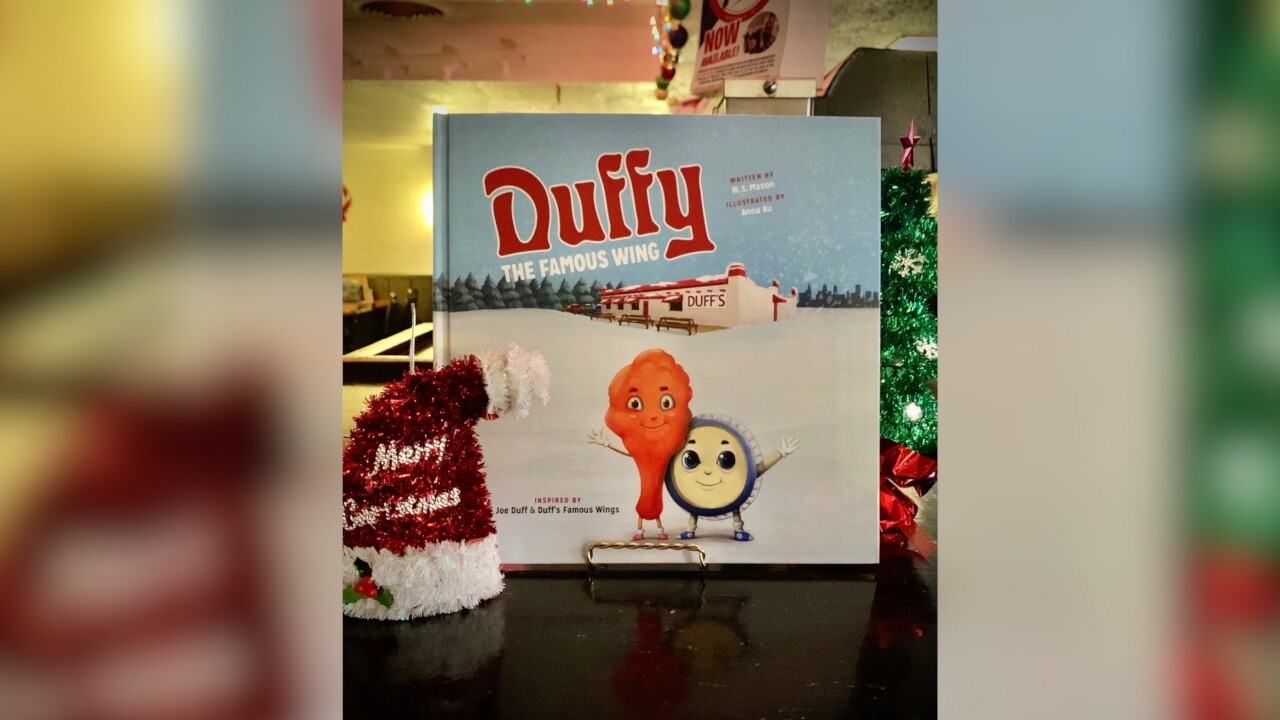 BUFFALO, N.Y. (WKBW) — For the past two years, Duff's Famous Wings has been cooking up something new for its wing-lovers, and based on the early buzz, it could be even hotter than the beloved restaurant's hottest chicken wing.

The restaurant has created a children's book titled "Duffy the Famous Wing" - a story about a lost chicken wing, Duffy, who befriends blue cheese named Bleu. The two travel through Buffalo to iconic locations including a Buffalo Bills game, before getting caught up in a snow storm. The pair run into tough times, but their enduring friendship becomes solidified when they find themselves seeking safe harbor at Duff's.

"It's just everything that Buffalo is in this book," said Joe Duff.

It has all the symbols of a quintessentially Buffalo story, just in time for Christmas.

The story was created after Joe Duff reached out to his childhood friend, author Will Mason. Within minutes of their initial brainstorming conversation, Duff says Mason got to work on the story-line.

“I was like, oh my God, this is fantastic. This is better than anything I would have thought of,” Duff told 7 Eyewitness News.

"Right when he reached out I was totally down to do a kids book for Duff's. With what Duff's means to Buffalo and it's my favorite wing place in the area, it was a no brainer," Will Mason, the author, said.

Duff describes the book as "a mix between Rudolph the Red Nosed Reindeer and Frosty the Snowman.”

The plot was quick to put together, but the illustration and publishing took the better part of two years to complete, Duff said.

"Duffy the Famous Wing" is being sold online through Mascot Books for $19.99.

But just like the company's chicken wings, you'll want to get these books while they're hot. Currently, there are a few hundred available - and initial buzz on social media suggests they'll be "flying off the shelves".