Drugs, guns and ammunition seized by CBP officers at Port of Buffalo 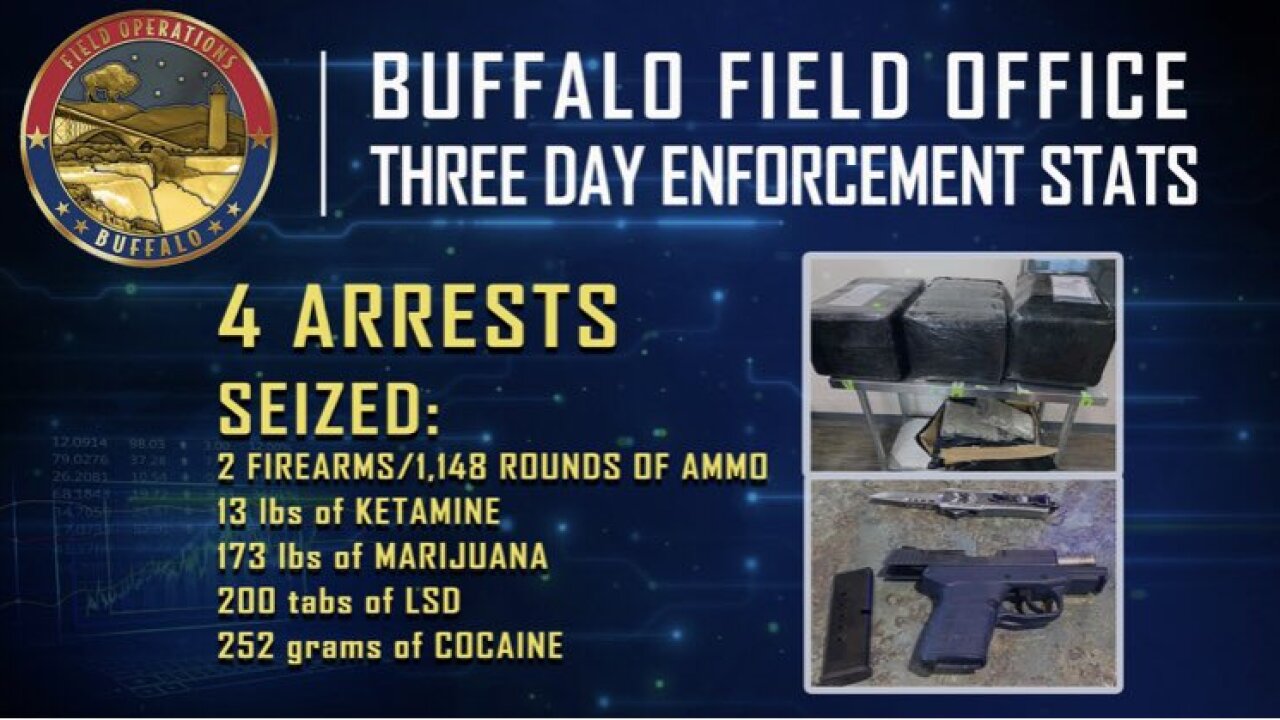 BUFFALO, N.Y. (WKBW) — U.S. Customs and Border Protection says multiple arrests were made and drugs, guns and ammunition were seized over a 72 hour period at the Port of Buffalo.

According to CBP officers assigned to the Port of Buffalo made four arrests, and seized the following in a 72 hour period this week: