Driver seriously injured after being pulled from her car during protest 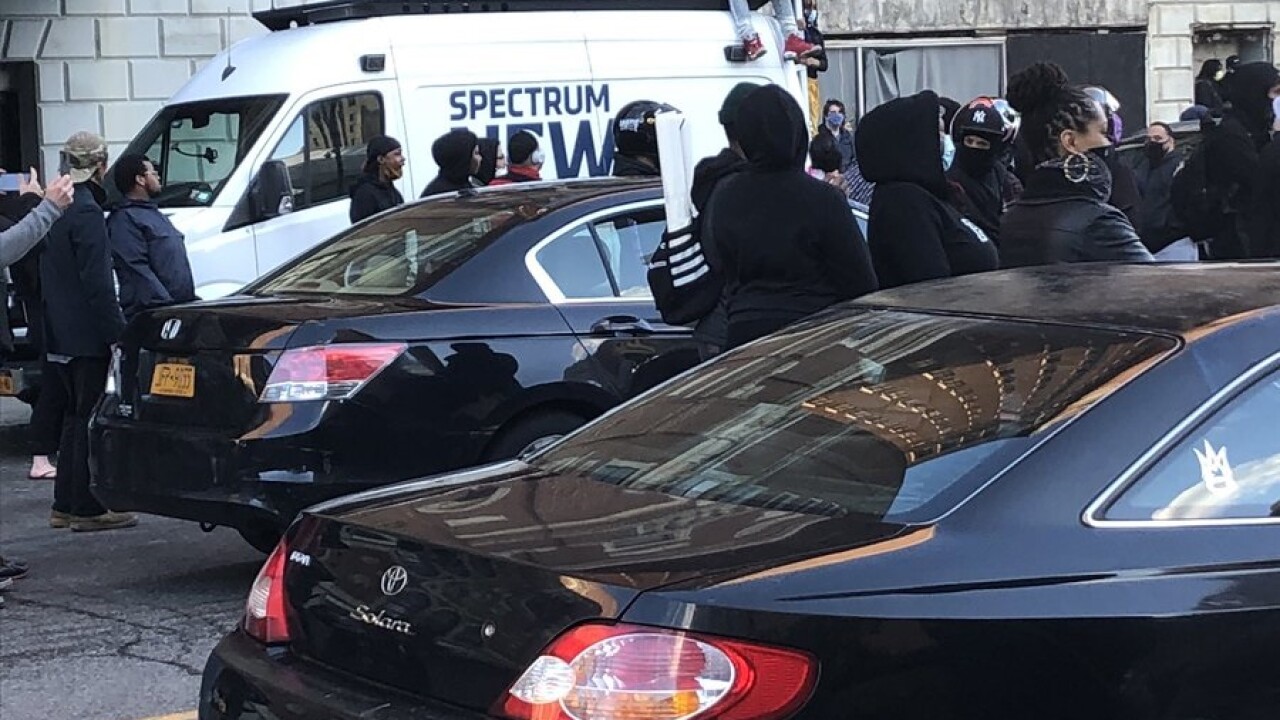 BUFFALO, N.Y. (WKBW) — A 29-year-old woman was seriously injured after being pulled from her car and assaulted during the Saturday night protest in downtown Buffalo.

Police believe the driver accidentally turned off of a side street into the Niagara Square area as the protest was taking place. Videos posted to social media appear to show the car accelerating towards a crowd before the assault takes place.

"That's when members of the crowd attacked the car and extricated the driver and began beating her," said Buffalo Police Captain Jeffrey Rinaldo during a Sunday press conference.

The woman, who has not been identified by police, was brought into a court building by officers and given first aid until an ambulance could arrive on the scene and take her to ECMC.

Erie County District Attorney John Flynn says the woman has a serious head injury and an investigation into the assault is underway.