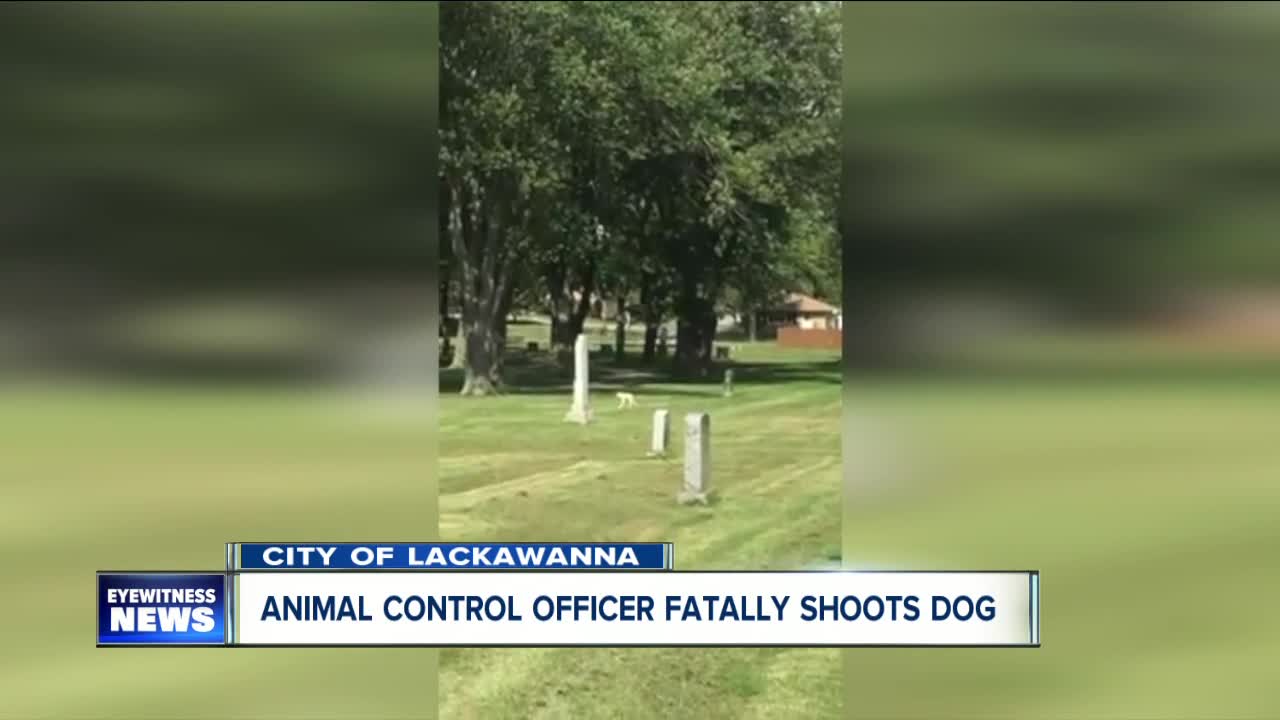 Neighbors of the Holy Cross Cemetery want to know why an animal control officer shot and killed a stray dog on the property on Monday.

"We watched the dog for a good 10 minutes. He just walked around in circles, not really doing anything," said the woman who called animal control after spotting the dog.

"We're thinking okay, good the dog won't get out of the cemetery and hit by a car. It will be safe," she added.

The woman who is a dog owner herself, is outraged Lackawanna Animal Control Officer Fred Grasso ultimately decided to shoot and kill the dog. "It wasn't aggressive," she said.

According to city officials, Grasso said the dog was rabid, and that's why he shot him.

State regulations say a dog control officer, or "DCO," has no authority to handle rabies cases. But, a DCO may be called by the county for assistance. If the health department wishes to use DCO services, an agreement should be in place with the appointing municipality. It should specify the duties expected of the DCO. Health officials told 7 Eyewitness News it wasn't notified about the shooting until Wednesday.

According to Erie County Department of Health Officials, the dog can't be tested for rabies given the nature of his injuries.

Neither Grasso, nor the city's Director of Public Safety, Ralph Galanti returned our calls.