Does Buffalo Police have a shortage of vehicles? 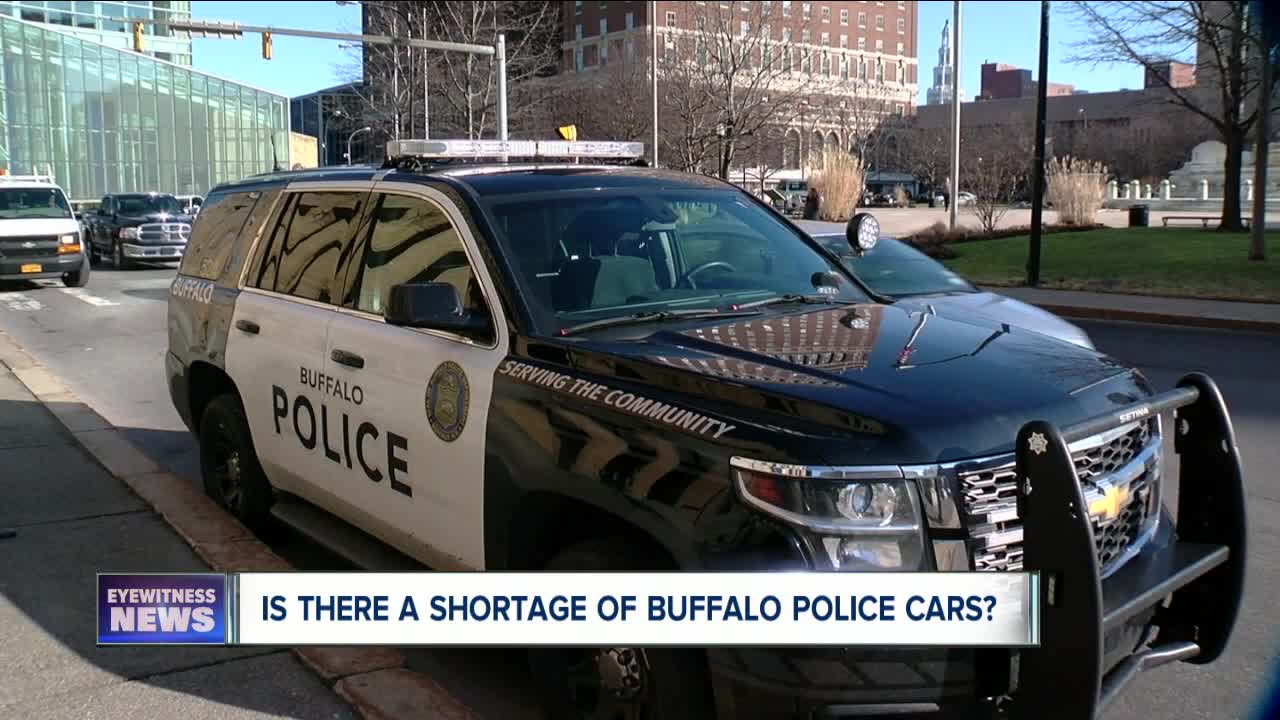 Does Buffalo Police have enough vehicles for officers?

BUFFALO, N.Y (WKBW) — It was the Police Benevolent Association (PBA) that raised concerns about a shortage of police cars to the Buffalo Common Council.

South District Councilmember Chris Scanlon then pressed the department for an action plan to remedy the problem.

"In order for the men and women of the Buffalo Police Department to effectively do their day-to-day duties, they need to have all the tools required to do so," said Scanlon.

"We have enough cars to fill our minimum manpower to answer calls in each sector," explained Lockwood.

However, the commissioner admitted the department faces challenges with the number of broken vehicles and during shift overlap periods approximately every 15 days.

Buffalo Police currently has a fleet of 190 cars, 56 of which are down for repairs. Some are considered not-repairable due to collisions and accidents.

"We are doing everything we can including looking at outside-the-box ideas," added Captain Jeff Rinaldo.

Rinaldo said the department is now considering the idea of leasing police vehicles - something that Town of Niagara police and the Erie County Sheriff's Office is already doing.

"We talked with other agencies that are doing it to make sure we are on the cutting edge and not the bleeding edge of a new financing program," explained the captain.

In 2019, the Buffalo Common Council approved the police department to buy 14 new vehicles.

The only downside, said Rinaldo, is it will take longer to get the leased police vehicles into service, something that should happen towards the end of the year.

The police department said it is also planning to use some of its $1 million capital budget to purchase 20 new vehicles (in addition to the leased vehicles).

The idea still needs approval from the Common Council which seemed receptive to the plan during the committee meeting.

Council members also asked why there are three unfilled auto mechanic positions in the police department?

Rinaldo admitted the vacancies do create challenges to fill but the department "is on top of it." Because the fleet includes a variety of makes and models, often, broken police vehicles can only be serviced by dealers, commented Rinaldo, who said standardizing vehicles with one make/model was also being looked at.