Does Buffalo have enough money in reserve? 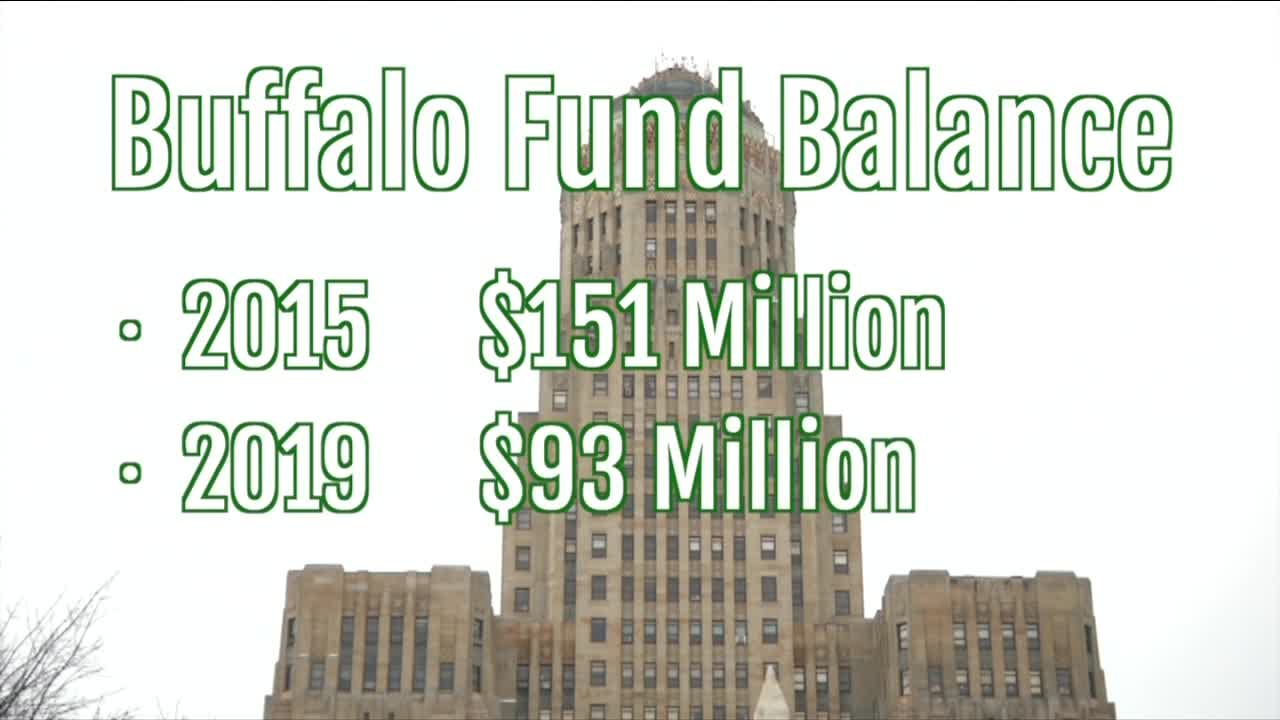 Does Buffalo have enough money in reserve?

BUFFALO, N.Y. (WKBW) — City of Buffalo Comptroller Barbara Miller-Williams is asking the Common Council to consider implementing a "Fund Balance Policy" to make sure the city is allocating enough money for its reserve funds.

The proposed policy would mandate the city's mayor adjust expenses and revenues to make sure enough money is being put aside for unexpected costs.

In addition, the comptroller thinks the city should increase the money in reserve to cover operating expenses for a longer number of days.

"We are looking to have perhaps 45 days or 60 days. Whatever it is that the administration and the council deems appropriate; so that we not only have what we require but a little extra," explained the comptroller.

Members of the Buffalo Common Council and its finance committee took part in a special meeting with the comptroller's staff to discuss the issue. Council members told reporter Ed Reilly that something needs to be done so Buffalo does not return to a period of oversight by a "hard" control board.

"I was here at the end of the hard control board and it was not a very pleasant situation," said Common Council President Darius Pridgen. "We don't believe the sky is falling as this point. We just believe that we don't want to sky to fall," added Pridgen.

"It shows the urgency of the situation. I think the meeting today was the first step in the right direction," said Rasheed Wyatt, University District Councilmember.

As part of the presentation, the comptroller's office showed the lawmakers data that illustrated how the city's fund balance has decreased $58 million since 2015.

"We restored the city to fiscal health and the city is now in a period of fiscal prosperity," explained the mayor.

Brown said his administration has kept taxes low with conservative budgets while making sure the city's "Emergency Stabilization Fund" has enough to cover thirty (30) days of operating expenses for things such as natural disasters and other catastrophes.

Thirty (30) days is required by the city charter.

Part of the problem is caused by the lack of casino payments, due to the ongoing dispute between New York State and the Seneca Nation of Indians. The comptroller's office estimated those payments should be around $11 million for this year.

As to the idea of a binding "Balance Fund Policy," the mayor's office believes it would hurt the city because it might require cuts equal to approximately $38 million.

"It would create a situation where there would be massive layoffs, programs cuts and service cuts," said the mayor.

The controller and several council members said they are not interested in seeing cuts, but said the issue does need to be addressed. "It is no different than your own personal budgets where you have to set priorities," added David Rivera, Niagara District Councilmember.

The plan is to have more discussions between the council, comptroller and administration about the "Fund Balance Policy" after Mayor Brown makes his state-of-the-city address.