Direct flights from Buffalo to Ireland? One NYS Senator wants to make it happen 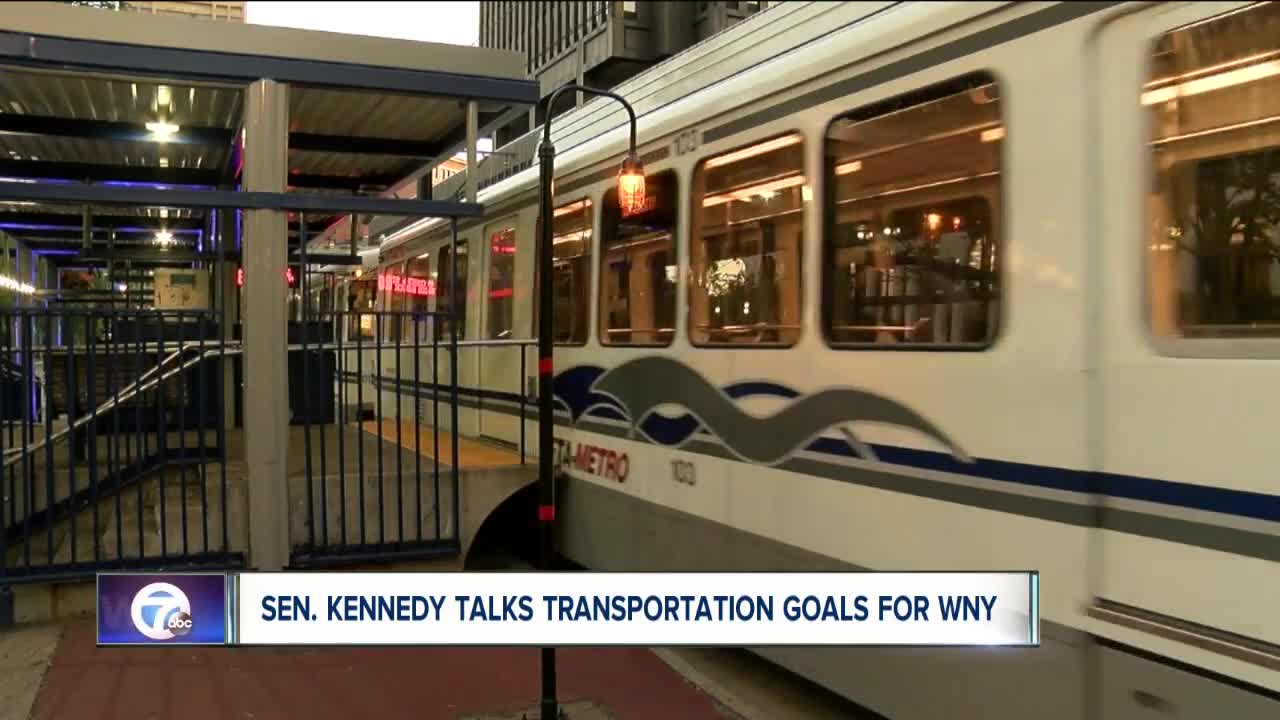 Direct flights from Buffalo to Ireland? One NYS Senator wants to make it happen

BUFFALO, N.Y. (WKBW) — Nonstop flights to Dublin from Buffalo Niagara International Airport is a vision Senator Tim Kennedy (D-South Buffalo) is hoping to make a reality. He's pitching several international airlines, hoping the millions of travelers through the airport every year will lure an airline in.

It's one of his many priorities as New York's new Senate Transportation Committee chair. He vows to make sure Western New York is given its fair share of attention in a time when New York City's crumbling subway system is putting significant pressure on lawmakers to act.

Kennedy has long been advocating for more money to the NFTA. He's working on a five-year capital projects plan for the transit system. The projects will require an investment of $100 million on projects beyond the proposed light-rail metro extension to University at Buffalo's North Campus, which isn't expected to be complete until 2030.

"It's a great question and one we are addressing," Kennedy replied.

He wants to expand NFTA routes, but even as a ranking member, getting money into municipalities is a battle. Kennedy points out Governor Cuomo's proposed budget this year puts no new money into the Consolidated Local Street and Highway Improvement (CHIPS) program or the Extreme Winter Weather Recovery program, which help communities repair aging roads and bridges hit hard by tough winters.

"When I'm driving down the street and I hit a pothole, it drives me crazy" Kennedy continued, "Just like it drives everybody else crazy. We gotta do something about that."

He says the DOT's study on the 33 expressway should be complete this year, and he's bracing for the hefty price tag it will take to reunify the east-side community ripped apart.

"If it takes a billion dollars and that's taxpayer money that will go to transforming our community, creating economic growth and creating jobs, that's a worthy goal."