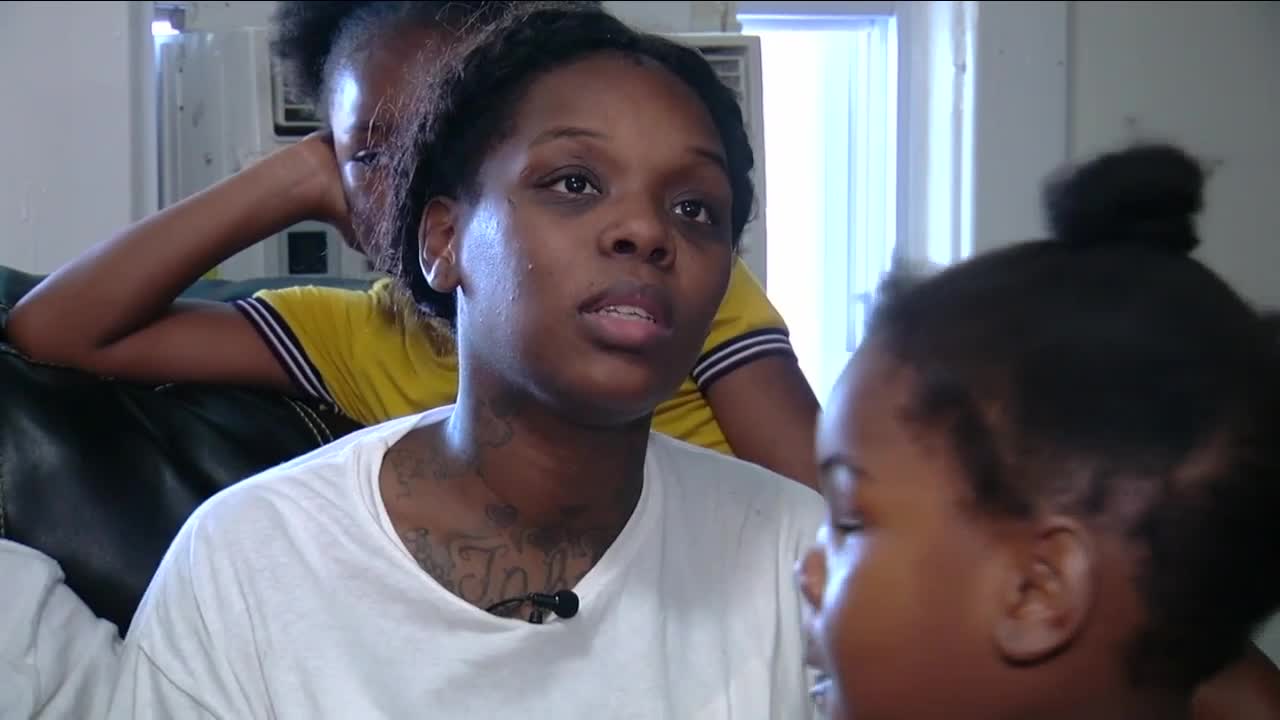 BUFFALO, N.Y. (WKBW) — “I didn’t just come home to my family, I came home to a while new family and felt like every body cared.”

For the first time we’re hearing from 30 year-old Deyanna Davis, the woman who is facing state and federal charges after police say she drove into a police line in Buffalo last month.

“I appreciate the support from everybody it didn't go unnoticed,” she said.

A federal judge granted Davis house arrest with an ankle monitor, and probation officer checking on her regularly as she awaits trial for running over New York State Trooper Ronald Ensminger with her SUV, crushing his pelvis. Davis was shot b police in her SUV after Ensminger was hit. We spoke with Davis at her home shortly after she was reunited with her family.

“I hope the officer is fine,” she said. “I just want to be left alone and be with my kids, that’s all.”

Several community activists have taken up Davis’ case. The media was invited b the family and her attorney to her release this morning from federal court, but some blocked us from getting a look at her leaving.

Her attorney, Sam Davis says Deyanna was not a part of what was going on.

“This is not something that my client knew anything about nor asked for, but we are not apart of this,” he said.

Davis said he planned to have Deyanna speak with the media this morning outside federal court.

The defense has argued that Davis never intended to run over the officers, saying she dove through a cloud of tear gas that had been thrown toward protesters and panicked.

He attorney says her next court appearance is in August. The state case is heading to a Grand Jury.