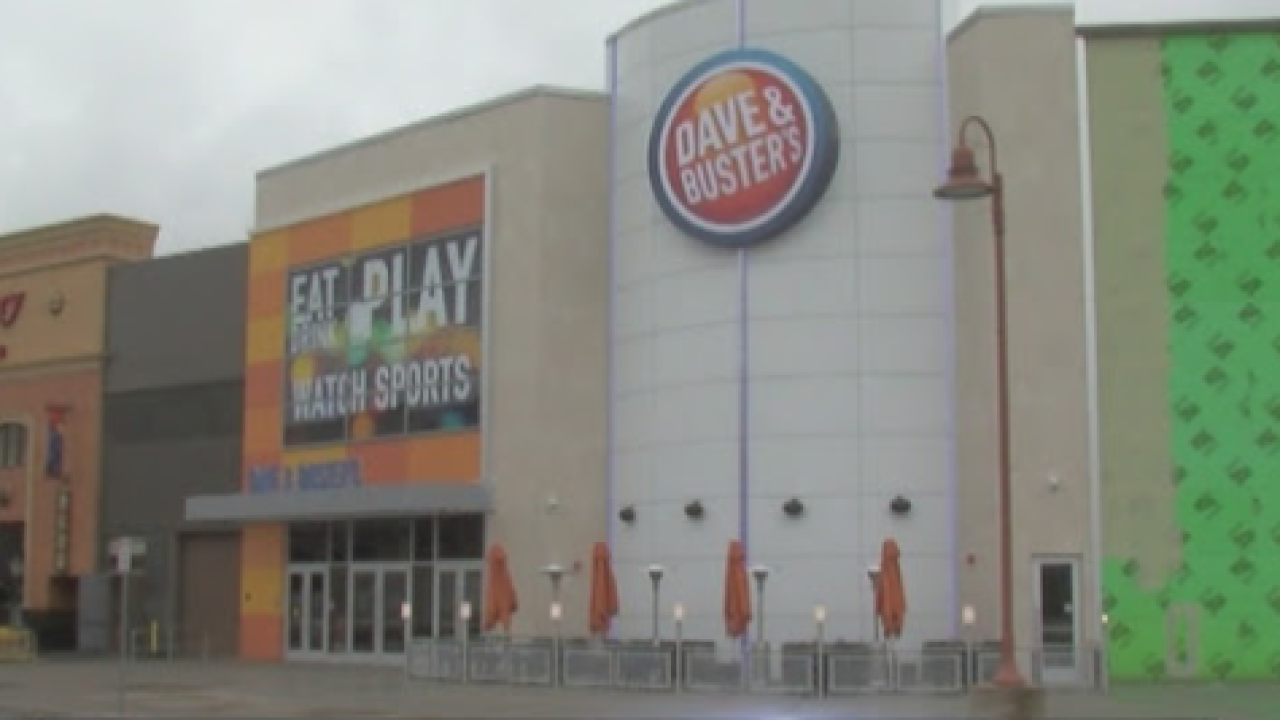 Dave and Buster's opened at the Walden Galleria in the fall of 2015.

CHEEKTOWAGA, N.Y. (WKBW) — Dave & Buster's will permanently lay off 85 workers in December at its Walden Galleria location, according to a filing with the New York State Department of Labor.

The entertainment center chain blames the cuts on "unforeseeable business circumstances prompted by COVID-19." The Cheektowaga location has been closed since mid-March. It's unclear if the layoff filing means the Galleria store will not reopen.

The layoffs come as Dave & Buster's eyes bankruptcy unless it can strike a deal with a lender, according to The Wall Street Journal. The chain, which provides food, drinks and arcade games under one roof, saw its second-quarter year-to-year revenue plummet 85 percent, dropping from 344.6 million in 2019 to $50.8 this year.

Most Dave & Buster's locations nationwide were forced to shut down for months because of the pandemic. As of September 9, the company had reopened 89 of its 137 locations, according to the WSJ.

The Walden Galleria store, which opened in the fall of 2015 following a move from the Eastern Hills Mall, remains closed due to restrictions put in place by the state of New York.