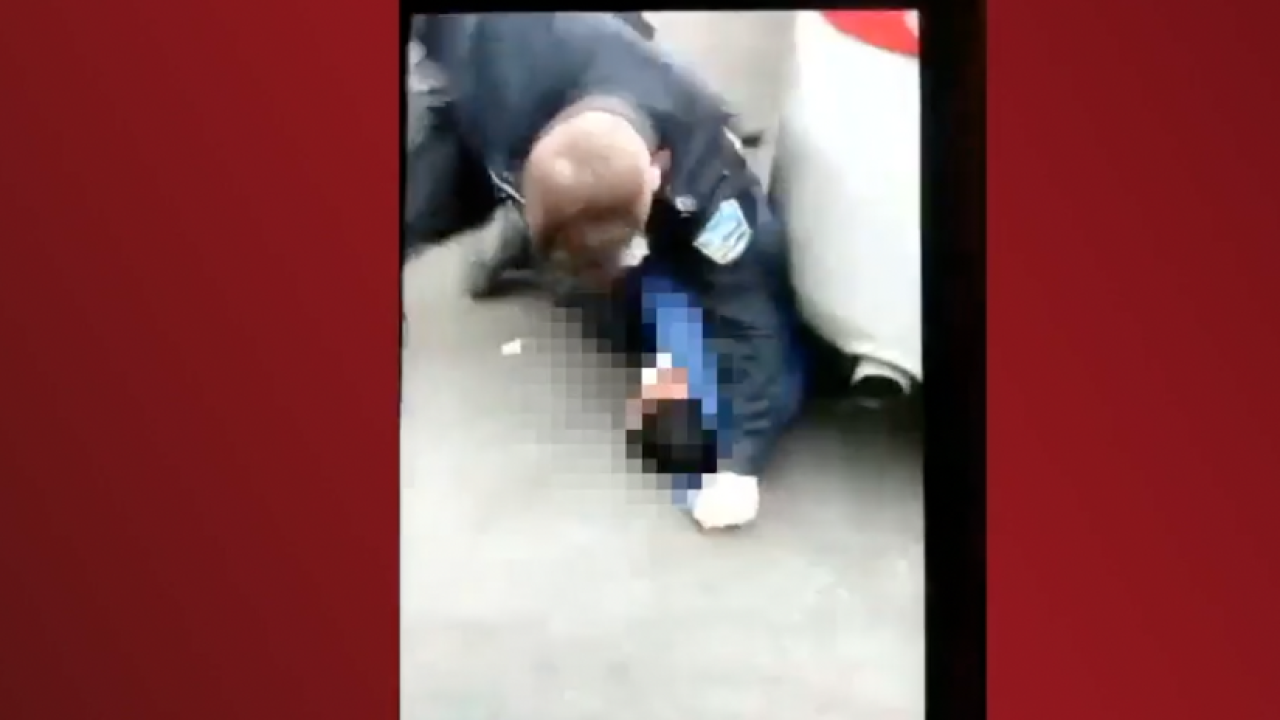 BUFFALO, N.Y. (WKBW) — Erie County District Attorney John Flynn is now investigating a Buffalo Police arrest caught on camera, and the use of force shown in the arrest video.

The arrest, which was caught on cell phone video, shows a Buffalo Police officer repeatedly punching a suspect in the head while the suspect is on the ground.

Police say it started when officers observed a car driving the wrong way down Madison Street, which is a one way street.

According to police, the 30-year-old driver, Quentin Suttles was driving without a license.

"Officers initiated a traffic stop and a strong odor of marijuana was coming from the vehicle."

The report says, "While conducting pat down, searched defendant did push off vehicle and fight with officers. Defendant continued to fight and reach in his pants, ignoring officers command to stop resisting."

In an attempt to handcuff Suttles, police say the man was taken down to the ground. A police source tells 7 Eyewitness News the suspect had drugs on him and tried to destroy the drugs while officers tried handcuffing him.

In the video one officer says, "let it go," and "I'm trying to get the drugs." You can also hear officers say, "You're making this hard on yourself."

You can also hear a woman off- camera telling the man to "stop resisting." He replies, "I'm not."

Officers then get control of the suspect and are able to handcuff him.

The woman then says, "Look at how you were treating him." The officer replies, "Do you see how it started?"

Suttles was charged with: resisting arrest, concealing and trying to destroy evidence, obstructing governmental administration, operating a vehicle without a license and driving the wrong way on a one way street.

A source tells 7 Eyewitness News the suspect has had multiple arrests in the past involving firearms. He is facing a number of charges including destroying physical evidence and resisting arrest.

Buffalo Mayor Byron Brown issued this statement:
"As Mayor of the City of Buffalo, a very diverse City, I am sensitive to any instances of conflict between members of our community and our police department. Along with concerned residents of our community, I have seen a video from Sunday, May 10, that captures a period of time during a police stop. Like others, I am concerned by what I saw on that video, however, I do not have all of the facts regarding this situation. The Police Commissioner has already opened an Internal Affairs investigation, and I am directing that this investigation be expedited and made a top priority. I also support the police commissioner’s decision to request that the Erie County District Attorney’s Office review this incident. In addition, I am asking our well-respected Police Commissioner, Byron Lockwood, to convene members of the community, as well as members of the Buffalo Police Department to work together to strengthen our restorative practices and continue building better and stronger community relationships."

The District Attorney's Office began the investigation into the video Wednesday. It did not release any further details. Officers were wearing body cameras during the arrest.