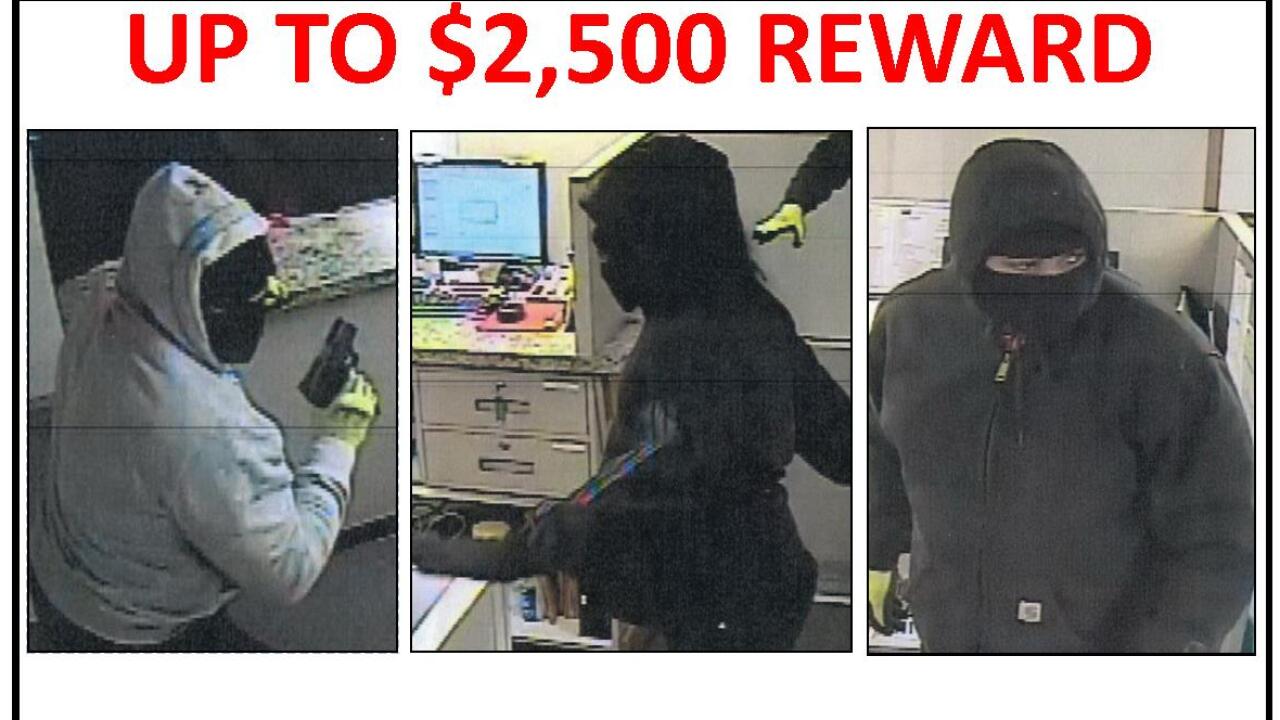 CLARENCE, N.Y. (WKBW) — Crime Stoppers Buffalo is offering a reward of up to $2,500 for information after a robbery in Clarence.

Crime Stoppers says a credit union located at 9145 Sheridan Drive in Clarence was robbed on November 7th and there are three suspects.

The suspects are described as three black males and one with a possible scar on his upper lip.