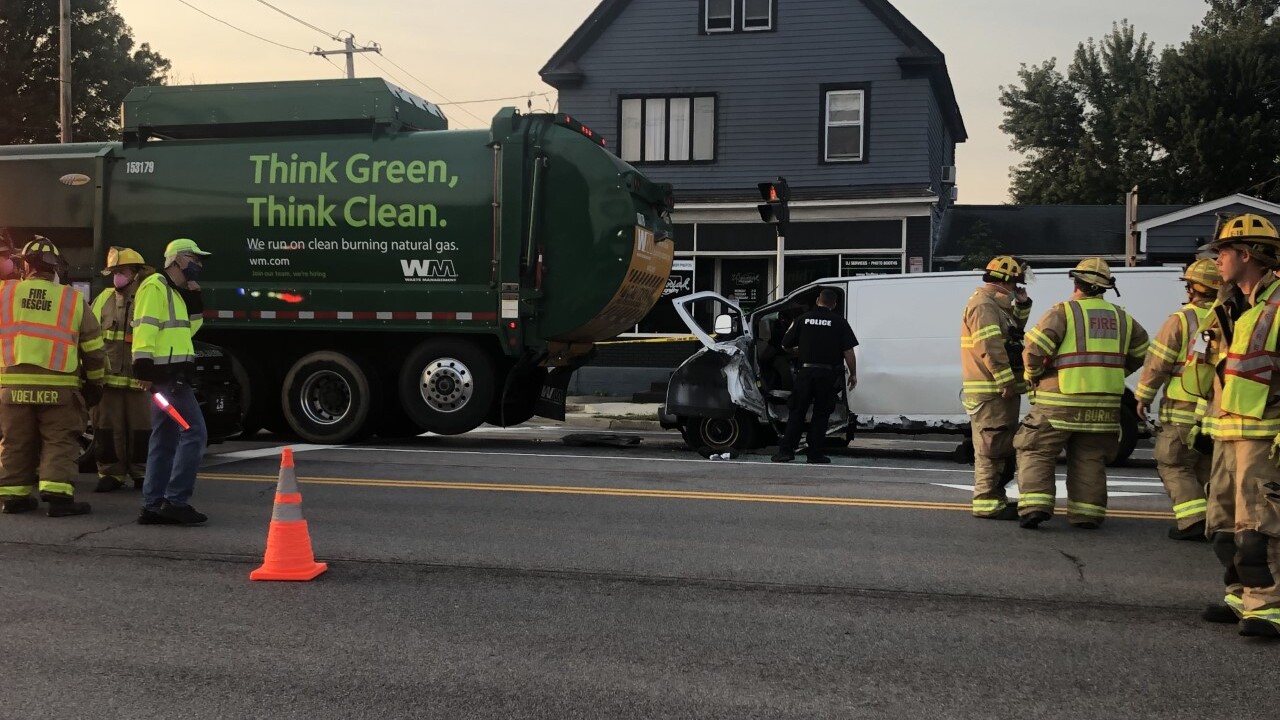 Crews on scene say people are seriously following the crash which happened on Walden Avenue and Sheldon Road just before 7 a.m.

Police say the crash happened around 6:45 a.m. Wednesday in the area of Walden Avenue and Sheldon Avenue.

According to police, a 60-year-old Lancaster man was traveling eastbound on Walden Avenue when he struck the garbage truck.

The victim was taken to St. Joseph's Hospital where he later died from his injuries. His name has not yet been released.

The driver of the garbage truck was not injured and is cooperating with the investigation.

Police are directing cars around the crash which happened on Walden between Sheldon and Harlan pic.twitter.com/vKYQetVY8D