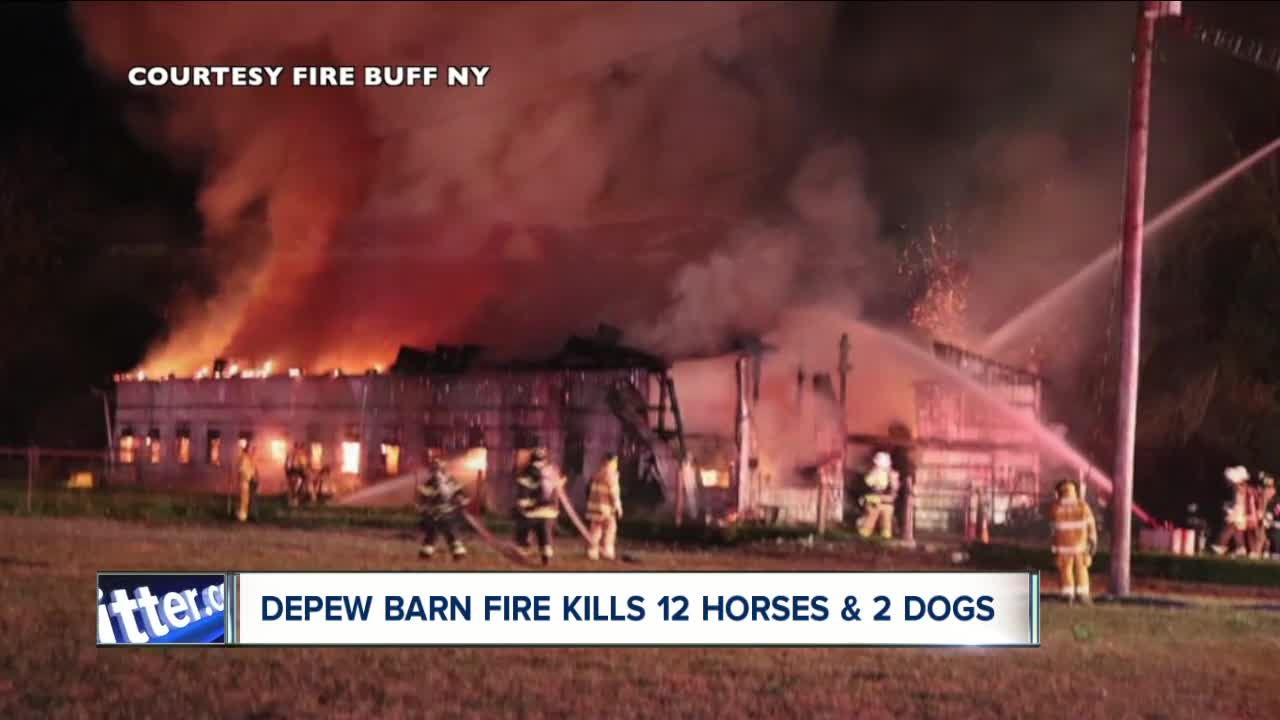 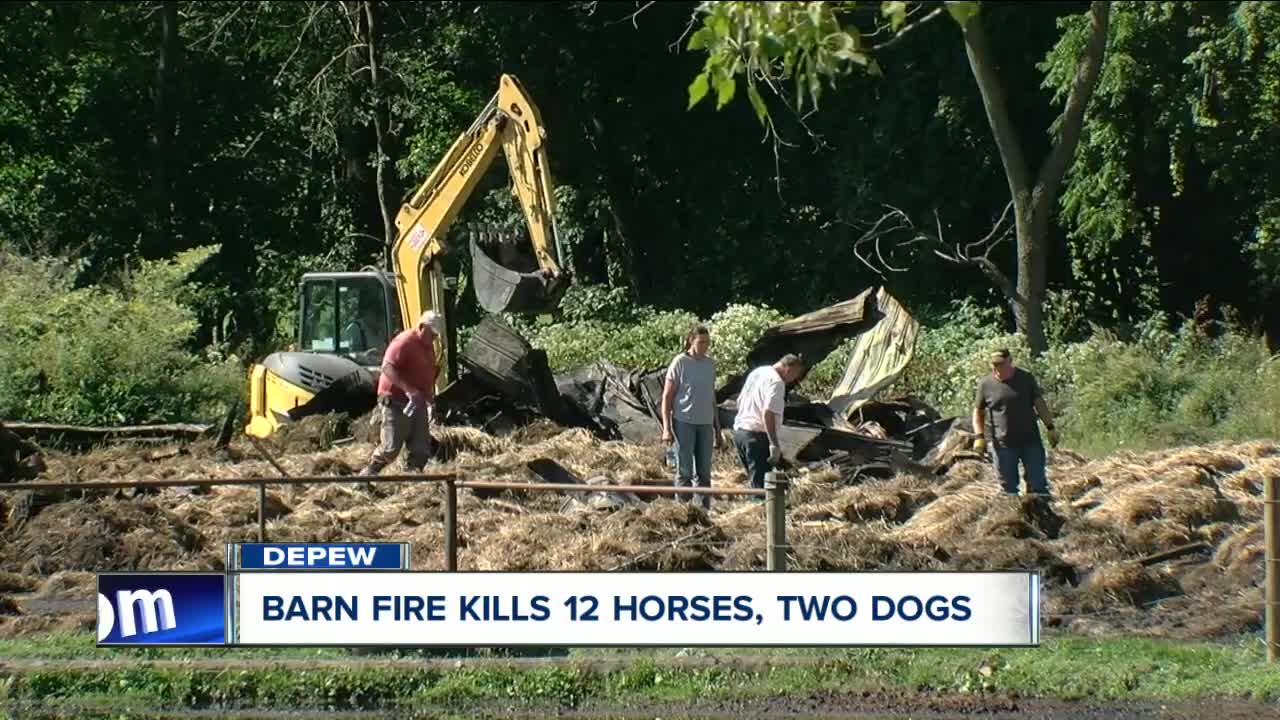 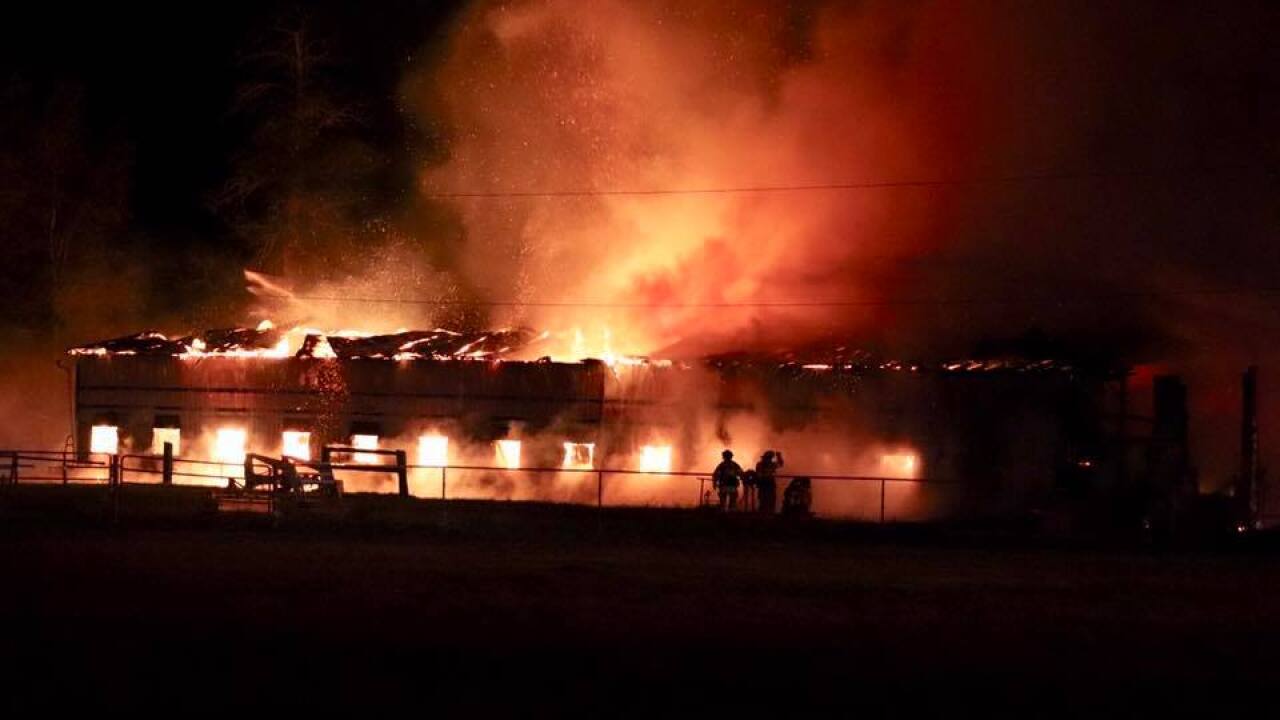 DEPEW, N.Y. (WKBW) — The Erie County SPCA has confirmed twelve horses and two dogs died in an overnight barn fire in Depew. Crews were called to the scene around 1:00 a.m Friday.

It happened at the S&L Ranch, a well-known community operation that has boarded trail riding horses for many years.

These photos sent to us by Fire Buff NY show flames engulfing the barn on Broadway Street.

The Depew Fire Department was warning people to avoid the area at one point.

For people who lost animals in the blaze, it is devastating both emotionally and financially.

Bulinski explained that the S&L Ranch was a popular spot to board horses because it was much closer to urban areas than many other horse boarding operations.

Seven horses were still in the fields when the fire broke out: they survived.

But now there is a desperate plea for help because all the hay and food for the surviving horses went up in flames, and there is no place to house the animals with the coming colder weather.

Here is a link to another GoFundMe account for the farm.