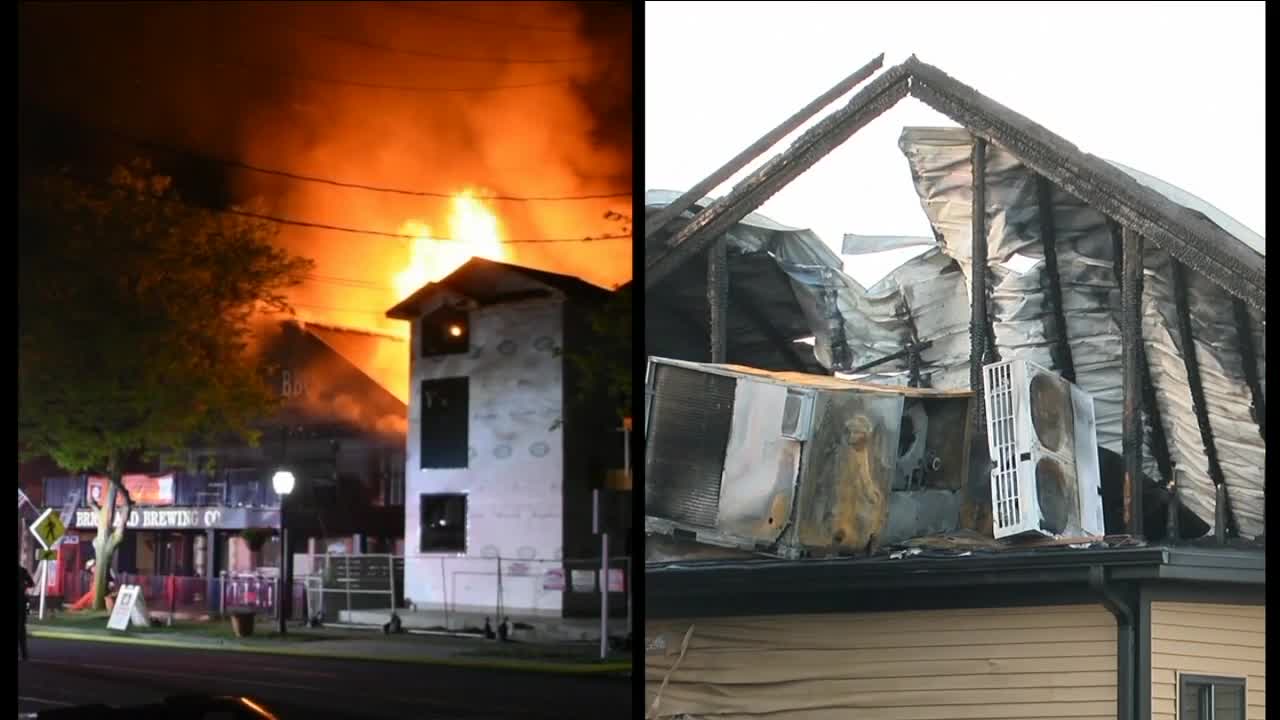 A large fire has severely damaged the Brickyard Pub &amp; BBQ in Lewiston. 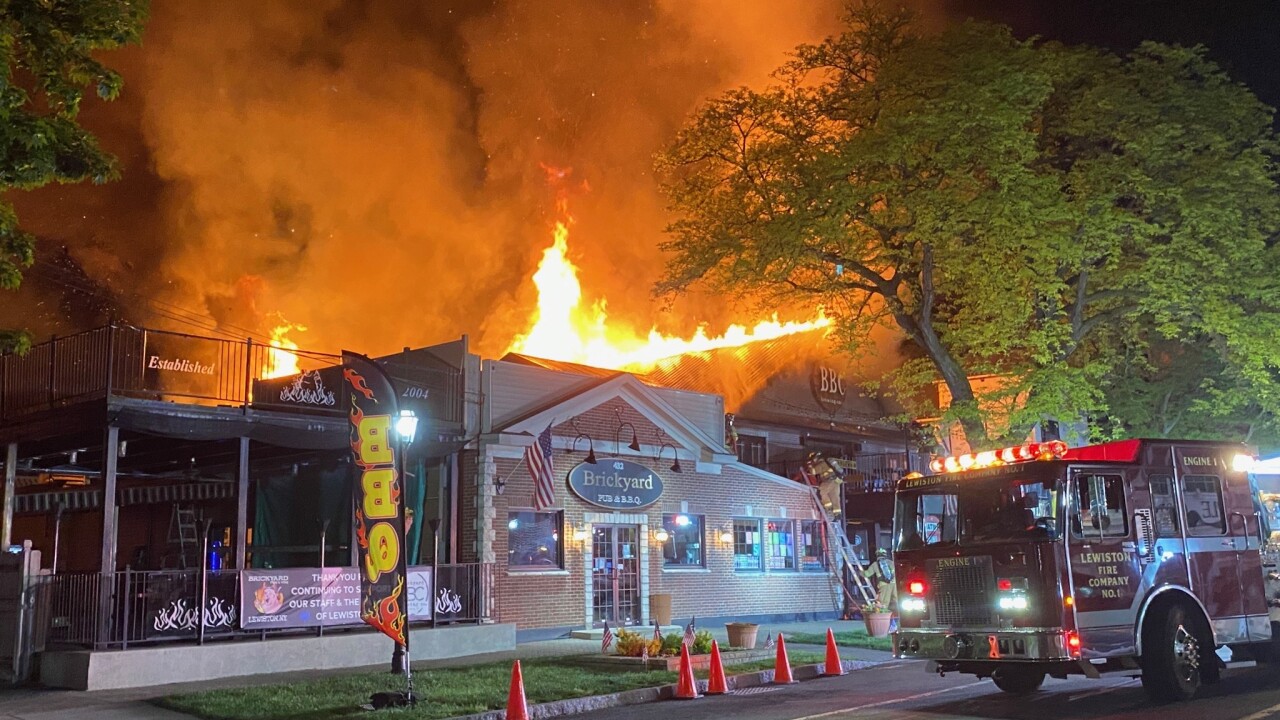 LEWISTON, N.Y. (WKBW) — Fire crews have put out a fire that severely damaged a popular brewery in Lewiston.

The Lewiston Fire Company was called out around 10:30 Tuesday night to the Brickyard Pub & BBQ on Center Street to find large fire blowing through the roof of the brewery.

The brewery in the back had the brunt of the fire. You can see where the roof splits pic.twitter.com/mbye9LbLb0

Co-owner Eric Matthews arrived the brewery shortly after, and said he saw the roof in flames. The brewery is coming up on its three year anniversary in July.

“All that hard work gone down the drain, I mean we’re going to rebuild it," he said. "We’re going to come back stronger, but we put our heart and soul into it.”

According to the fire chief, they called for mutual aid right away and a total of six fire companies were involved in fighting the fire.

The fire chief also says it was a stubborn fire to fight, in part, due to previous fires.

"It's been added on - it's had fires before," Lewiston Fire Chief Les Myers said. "And it had a metal roof with the old roof underneath that made it very hard to get to and not safe for us to get in on the second floor due to the amount of fire that was up there."

It took until about 3am for crews to finally put it out.

The brewery side has most of the damage, particularly the second floor mezzanine. Matthews said it will probably have to be torn down. He said they're lucky to have a fire wall connecting the restaurant and the brewery.

Lifelong Lewiston resident Neil Garfinkel said he loved the food, and the White Bronco IPA along with the sours. He said the owners and atmosophore were what made the joint top notch.

“Just the whole place was crafted with love, and all the pieces were individual, like the tables were all hand etched,” he said. "Just the workmanship, the chandelier was one of a kind they made, it just made you feel good to be in there."

Myers tells 7 Eyewitness News they were able to prevent the fire from spreading to the adjacent buildings but the Brickyard restaurant did sustain smoke and water damage.

At this point, it's unclear just how extensive the damage to the brewery is.

But Brickyard is vowing to rebound from it, posting the following tweet just after midnight Wednesday.

This isn’t the end of us.

We will be back.

Bigger, and better than ever.

Thank you all for the love and support.
#2020Sucks

The community has set up an event to help support Brickyard's staff.