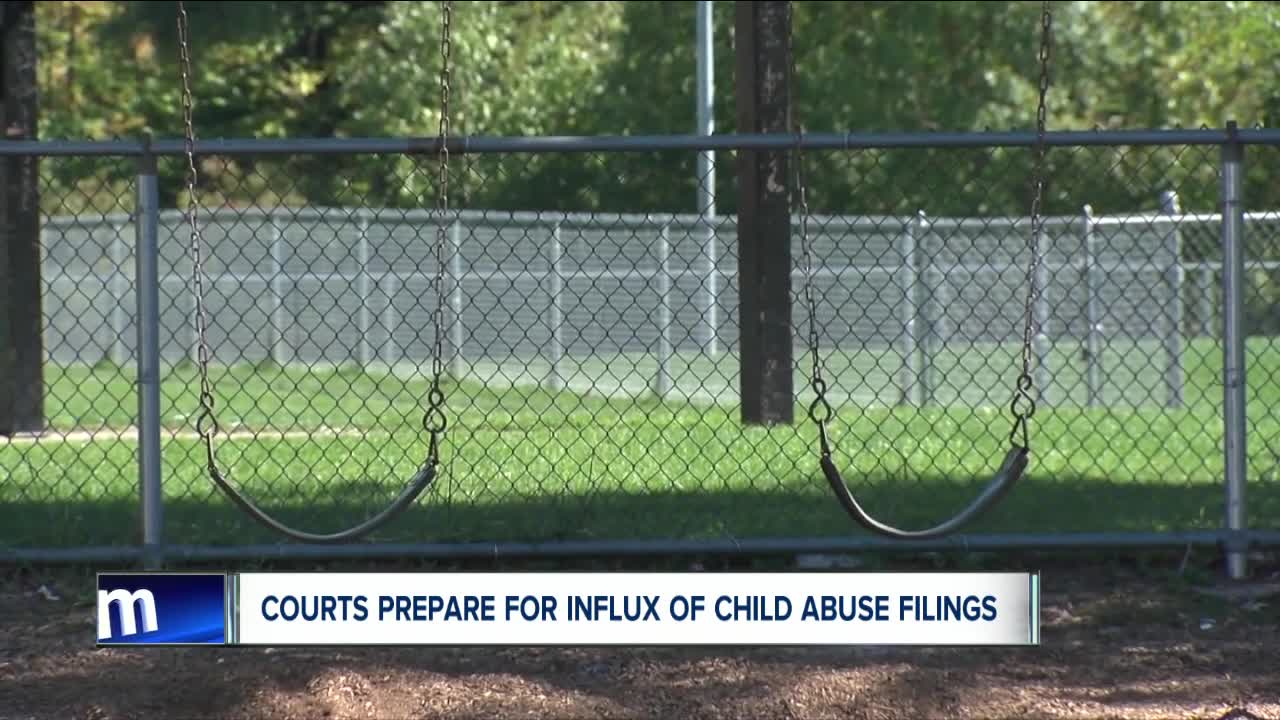 BUFFALO, N.Y. (WKBW) — Five hundred filing in one day. That's a ballpark estimate of how many sexual abuse cases attorneys believe could be filed when a key part of the Child Victims Act takes effect later this summer and courts here across Western New York are already preparing.

"It's a fairly large filing. I don't remember anything similar in terms of the statute of limitations in the last 14 or 15 years," Administrative Judge Paula Feroleto for the 8th Judicial Circuit.

Starting on August 14 of this year, the statute of limitations on civil cases will be lifted for one year allowing victims of any age to seek justice, even if the abuse happened decades ago.

"We're actually planning on trying to set up some meetings with some attorneys before August, so that we can get an idea from the different attorneys how many cases there might be," Judge Feroleto said.

Here in Erie County, Judge Feroleto says the courts are looking at having a core group of judges assigned to CVA cases with additional judges will be brought in from outside the county to assist.

For criminal cases, victims will now have until the age of 28 to report the abuse to law enforcement. This changed from 25-years-old.

"It's better than 23, I'll take the years and hopefully now we'll be able to give some people some justice," Flynn said.

Erie County Clerk Mickey Kearns tells 7 Eyewitness News that his office "should be able to handle the volume" and said the office will be prepared that day.