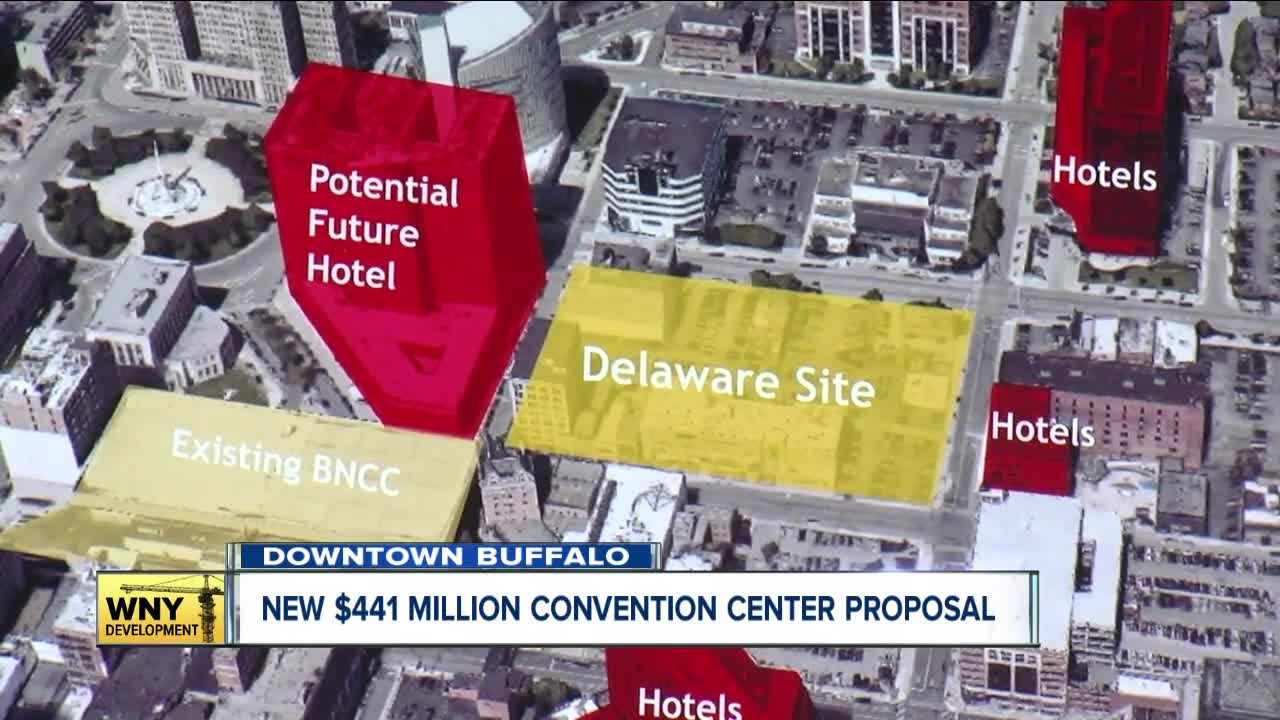 New convention plan for Buffalo. Can Erie County afford it? 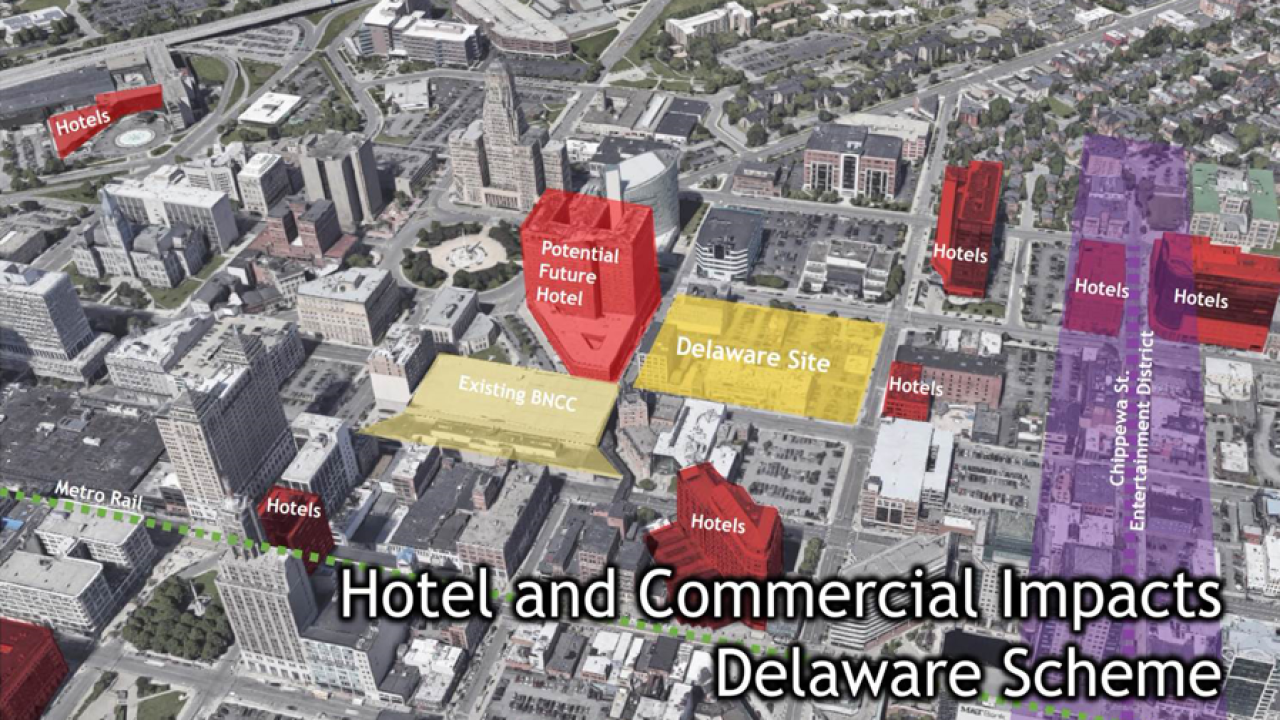 BUFFALO, N.Y. (WKBW) — A new convention center would be built along Delaware Avenue and the current building dating back to the 1970s would be demolished, under a $440 million dollar plan unveiled today by Erie County Executive Mark Poloncarz.

The county's 'Phase II Convention Center Study,' examined the feasibility and potential costs of three possible options - keeping the existing convention center and incorporating the historic Statler Towers as a new wing, razing the existing center and building a new modern facility next to the Statler along Delaware, or building a new center in the Cobblestone District behind the HSBC Atrium across from KeyBank Center.

The Delaware site - which largely consists of surface parking lots - was chosen as the best option following the study conducted by TVS Design. As part of the massive project, Genesee Street - which is currently cut-off by the existing convention center - would be re-connected to the city's radial street grid to Pearl Street. In addition, a new parking ramp would be built on the existing center's site and the historic Hotchkiss House would be moved to a new location.

The HSBC site had a proposed cost of $606 million dollars. The third option - keeping the existing center and incorporating the Statler - had an estimated cost of $438 million but did not meet minimum size requirements.

A public comment period on the study will be open for 30 days.

"The state is facing a $6.1 billion deficit. I don't see them coming in to put money for a new convention center in Erie County," said Joseph Lorigo, Republican Erie County Legislature Minority Leader.

Lorigo fears funding a new convention center would lead to property tax hikes with the county exceeding the tax cap. Not only would it stop Erie County property owners from getting their annual tax cap rebate check from NYS, Lorigo said the convention center project would take place at the same time as the Buffalo Bills lease at New Era Field expires.

The county legislator feels it would be better to focus on efforts to boost tourism to the area.

"How are they going to pay for a new football stadium," questioned Erie County Comptroller Stefan Mychajliw, who raised the same concerns.

The comptroller conducted a fiscal analysis, using Hilltop Securities, on the cost to "bond" the full project. According to Mychajliw, combining principal and interest, taxpayers would be responsible for nearly $700 million.

"It is my job as county comptroller to bring everyone into a place called reality," said the comptroller.