Could New York ever switch to an open primary? 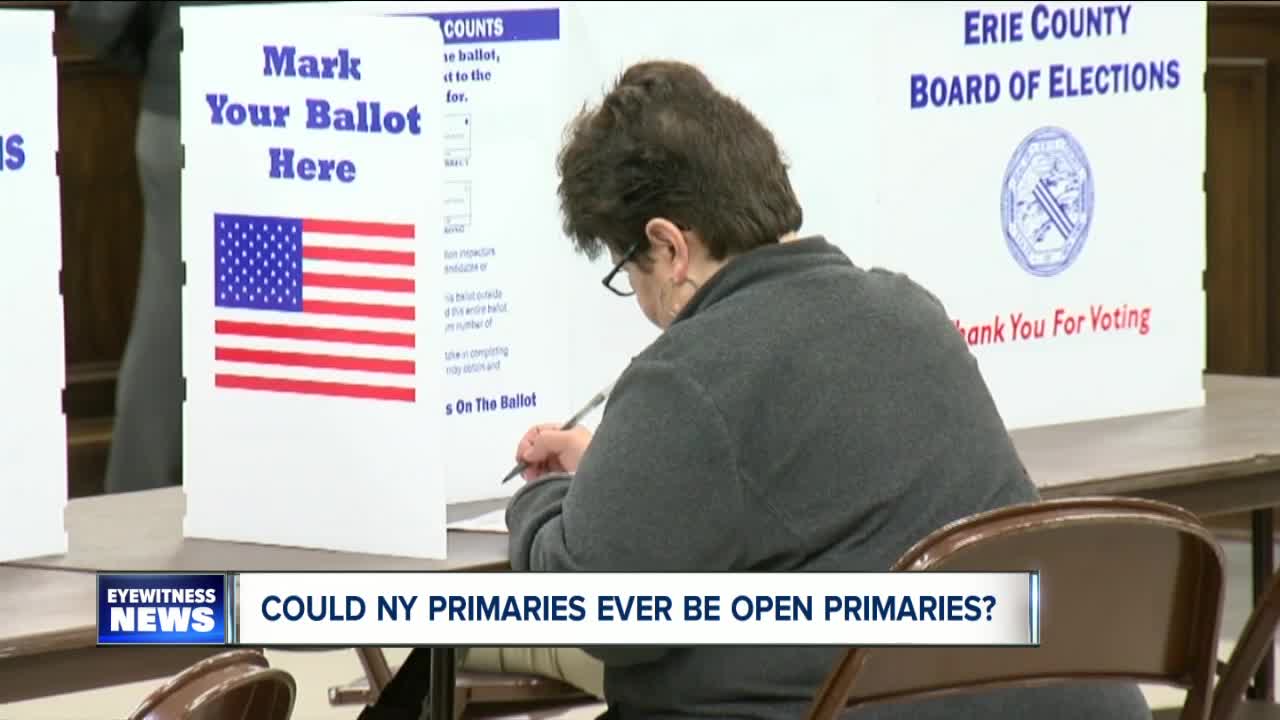 New York is one of 13 states where the presidential primary is closed for both major parties, meaning you must be registered in the party to vote in that party's primary.

BUFFALO, N.Y. (WKBW) — President Donald Trump said this the other day ahead of the New Hampshire Primary:

“Because you have crossovers in primaries, don't you? So I hear a lot of Republicans tomorrow will vote for the weakest candidate possible of the Democrats does that make sense? You people wouldn't do that,” said President Trump.

That got us thinking about New York and its primaries. Could voter sabotage like this happen? According to the Republican Erie County Board of Elections Commissioner, it already is.

“What we see this year is a situation where there is an effort by some people to party raid, and to pack a party for the purpose of effecting the June Primary,” said Commissioner Ralph Mohr.

New York is one of 13 states where the presidential primary is closed for both major parties, meaning you must be registered in the party to vote in that party's primary.

“The exclusion of independents in the first round of voting is a big, big problem,” said John Opdycke, the president of Open Primaries. It’s a group trying to do what their name says, open primaries.

There was legislation proposed for this change in New York. The idea never made it out of committee. The head of Open Primaries says the group is not actively pursuing changes in New York. They’re concentrating on other states.

Mohr says, it's a slippery slope to open primaries in New York, especially since candidates can run in multiple parties.

“If we have open primaries, we have other parties that can come in and start raiding your party and determining who your candidates are going to be,” said Mohr.

The executive director of Open Primaries, doesn't see that as a problem.

“If you want to vote for the weakest candidate, that's your right. As citizens, we have the right to vote to use that vote in whatever way we want,” said Opdycke.

Neither believe there will be a change to open New York primaries anytime soon.