Coordinated effort to get illegal dirt bikes off city streets 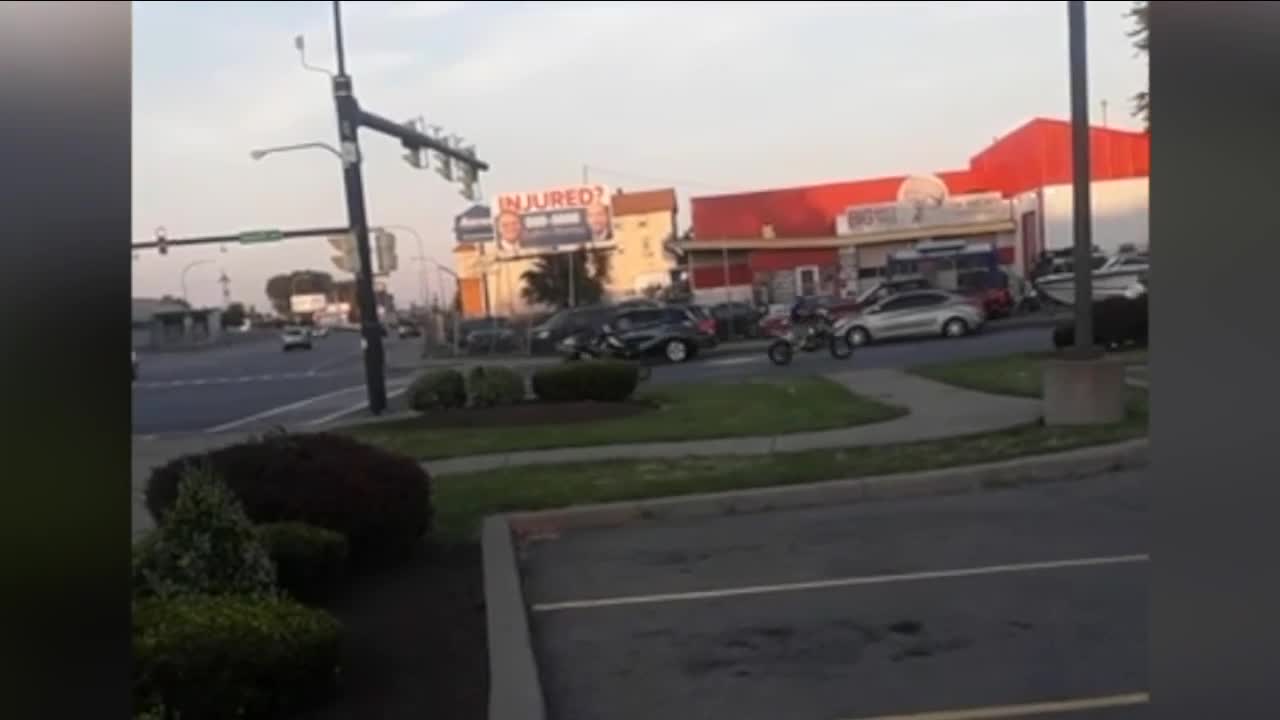 Coordinated effort to get ATV'S, dirt bikes off city streets.

BUFFALO, N.Y. (WKBW) — From the beginning of the summer, to the end, almost every corner of the city of Buffalo has experienced illegal dirt bike and ATV riding on city streets.

Sunday, Buffalo Police along with the Erie County Sheriff’s Office set up a detail to stop the riders.

“The only way to stop these gatherings is before they occur,” said Buffalo Police Captain Jeff Rinaldo.

Buffalo Police and the Erie County Sheriff’s air one helicopter set up a detail. Police say they knew riders were going to gather near Chandler Street Sunday.

“Throughout the course of the day, we were able to impound seven of them. Some were involved in accidents,” Rinaldo said.

Captain Jeff Rinaldo says it goes beyond just stopping the vehicle. Earlier this summer, we told you about motorsports stores throughout Western New York that were robbed of ATV’s, side by sides and dirt bikes. Rinaldo says when police do catch up with some of these riders each of the vehicles impounded have a VIN number to see if it is stolen property.

Police say they became aware of the ATV gatherings via social media. BPD says an organized effort to stop this riding is the safest and best way.