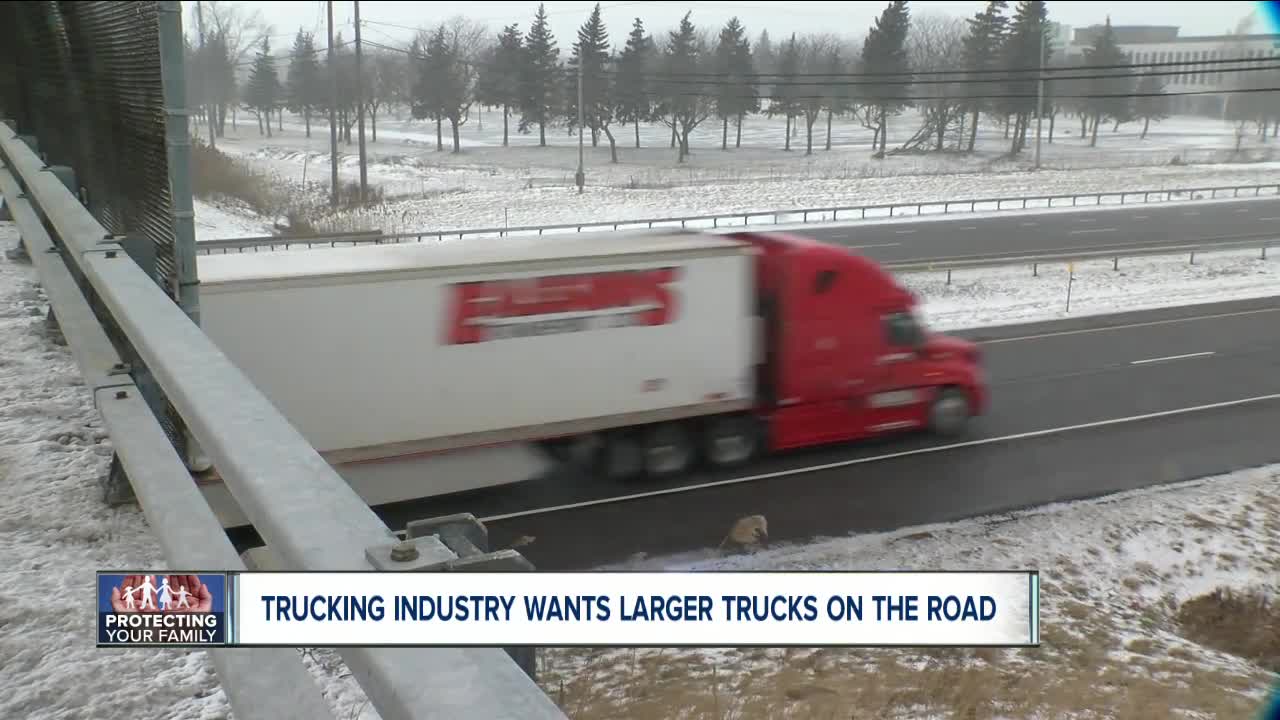 BUFFALO, N.Y. (WKBW) — Congress is expected to draft a new infrastructure bill in the next few months and the trucking industry is hoping it will include new rules for heavier, longer tractor trailers.

An advocacy group for the trucking industry, Americans for Modern Transportation, argues the rules are needed to help companies like UPS and Amazon deal with the growing demand for online shopping delivery.

In addition, the industry group said the larger trucks are not an increased safety risk and could help reduce the number of big-rigs on the road.

The trucking industry would like to increase national truck weights from a current standard of 80,000 pounds up to 91,000 pounds (an increase of 5.5 tons).

For double-trailer trucks, the industry is hoping to increase the size of each trailer by five (5) feet or ten (10) feet overall.

You can read more about the proposals at the following website: Americans for Modern Transportation

The coalition was in Washington D.C. today to lobby against the idea and was joined by former president of the New York State Sheriff's Association, Don Smith.

"Troopers, sheriff's and police chiefs across the country are against this. These longer, heavier trucks are dangerous on our nation's highway," Smith told 7 Eyewitness News reporter Ed Reilly.

The AAA of Western & Central NY also had this comment:

"While improving the efficient movement of freight can significantly boost the U.S. economy, AAA believes that we must also consider the potential infrastructure and safety impacts of bigger and heavier trucks traveling across the nation.

AAA continues to be seriously concerned about the safety implications of large, heavy trucks sharing the highway system with a growing fleet of passenger vehicles.

AAA believes that rigorous and credible scientific studies should guide any discussions regarding truck size and weight limits. The effects of such changes on congestion, traffic safety and highway and street costs must be thoroughly understood to offset any adverse effects.

Here’s the link to the national study on truck safety from 2017: https://newsroom.aaa.com/2017/09/truck-safety-technology-can-prevent-63000-crashes-year/ [newsroom.aaa.com]"