Community speaks out against district's handling of rape case 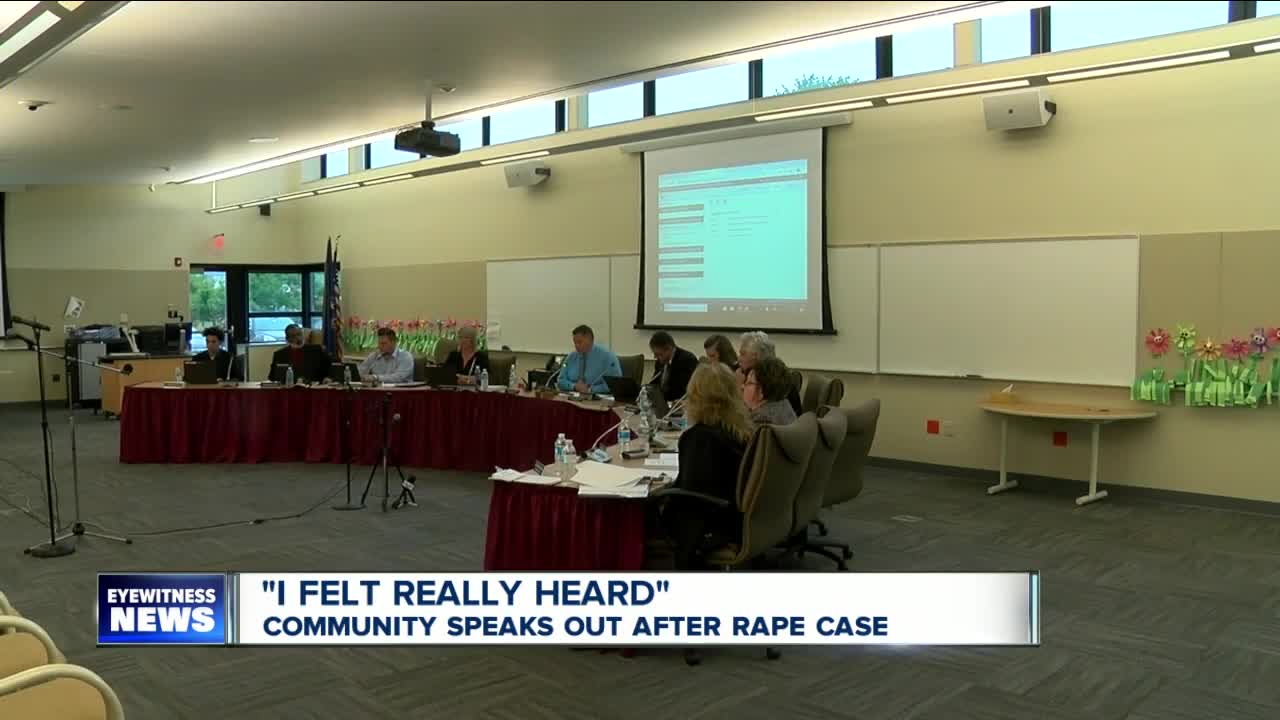 SANBORN, N.Y. (WKBW) — Students and parents from Niagara Wheatfield High School continued to express their anger over how the school district handled a rape investigation during a school board meeting Wednesday evening.

Many attendees of the meeting asked the school board why the male student was allowed to remain in school until last Friday, after pleading guilty to rape last month. Leslie, the victim’s mother, explained how she feels the district mishandled the case and also read a statement to the board on behalf of her daughter.

“You have nothing to say for yourself. Not even an I'm so sorry...I'm so sorry we didn't protect your daughter," the victim's mother said.

Superintendent Daniel Ljiljanich spoke out saying that the district immediately removed the student in question from the district once they learned of the guilty plea. That student was removed from school last Friday.

School board leaders say they will look into policy changes as a result of the incident.

Some students participated in a protest last week in support of the victim and say they were suspended for taking part. At Wednesday’s meeting, the superintendent says those students shouldn’t have been punished.

Some attendees of the meeting were also calling on the high school’s principal to resign.