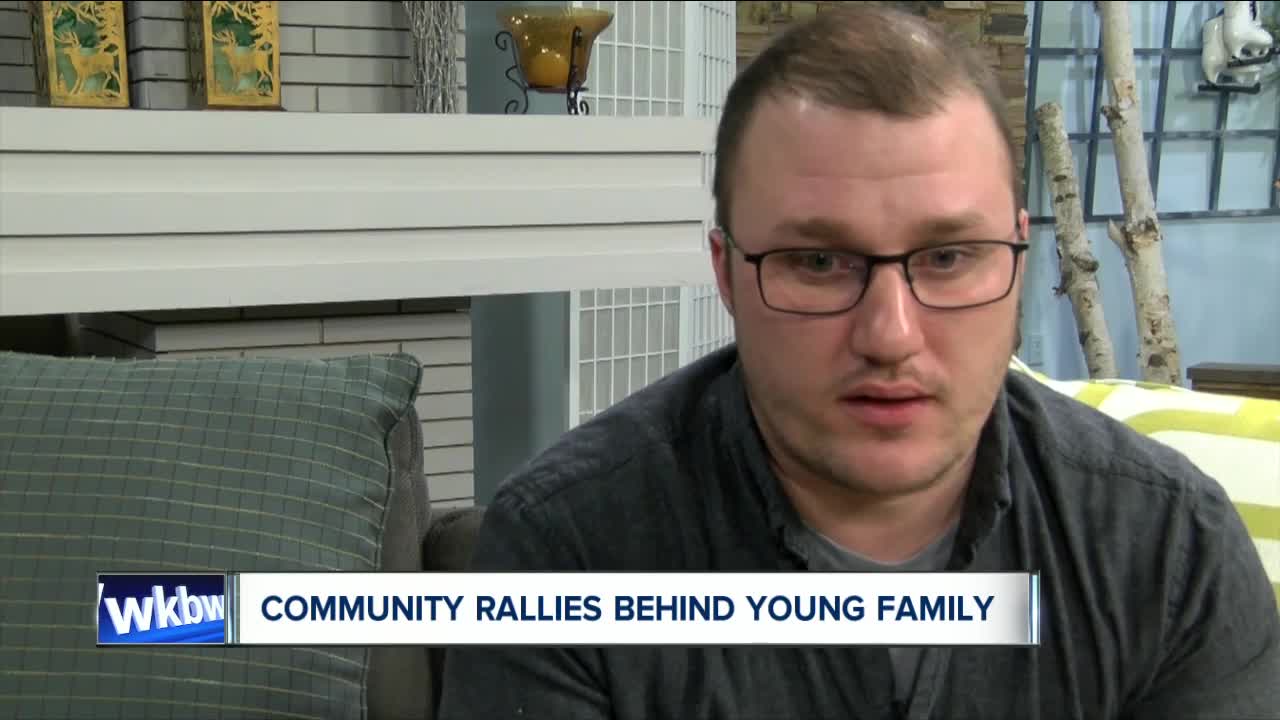 BUFFALO, N.Y. (WKBW) — Thom and Erica Jennings love story begins at Albion High School more than 10 years ago. Together they attended SUNY Brockport before settling down in Buffalo. Last February, their daughter, Elle, came into the world.

"It's been kind of that high school fairy tale little bit ever since," Thom said of their relationship. He works as a headhunter, Erica is a Spanish and French teacher at City Honors.

A few days before Christmas, their world would get a lot more complicated. Erica had been suffering from migraines, but this time it was different.

"I had said, 'Hey I don't think this is a migraine. There is no medication in the cupboard that's going to help this thing let's take a trip to the emergency room and see what we can do.' "

The trip to the ER turned into emergency surgery with doctors telling Thom his wife had a brain tumor the size of her fist.

"If you were sit down and rank all of the things that this could have been, that was the last thing you wanted to hear."

Erica has six weeks of chemotherapy and radiation ahead of her after having a second surgery last month. But the Jennings are not facing this alone. Thom's work family--rallying behind this young family.

"It's support really beyond anything we could've imagined."

A simple GoFundMe has raised more than $35,000 dollars over the last three weeks with donations pouring in from fellow teachers, hometown friends and even students.

"I tried to find a hundred different ways to put it into words how appreciative we are. I don't even think we can tough it, I really can't."