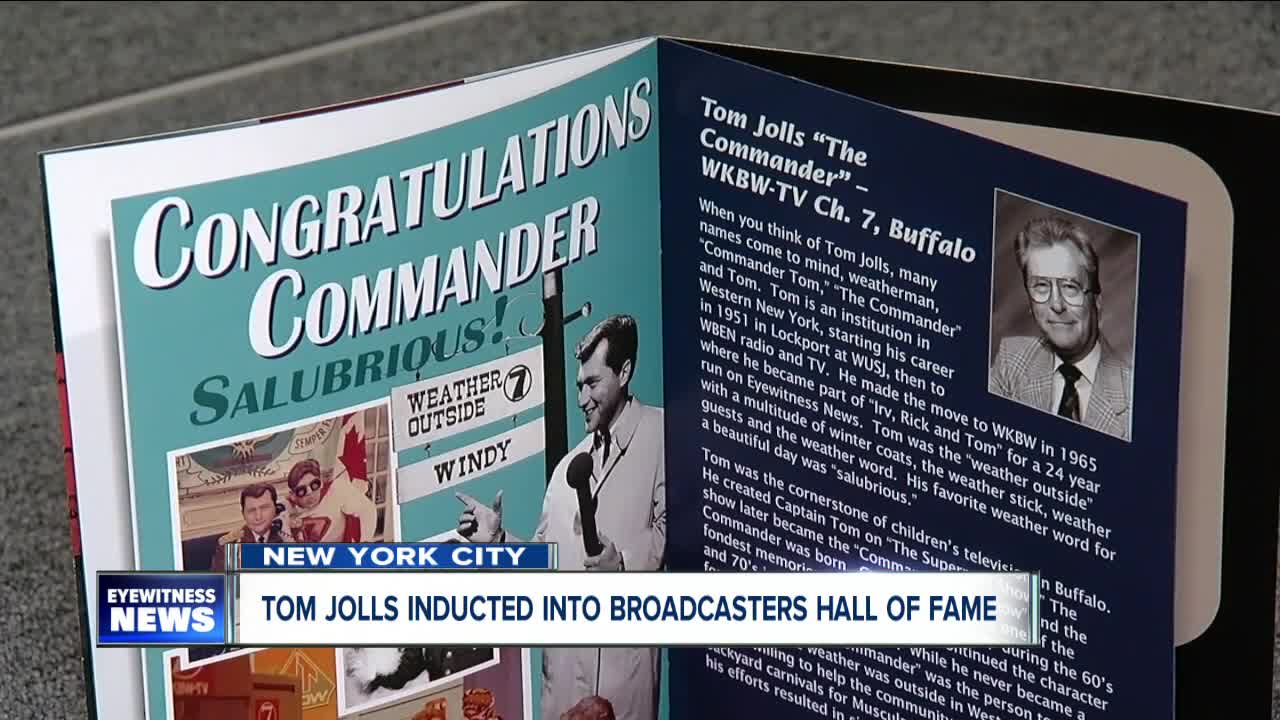 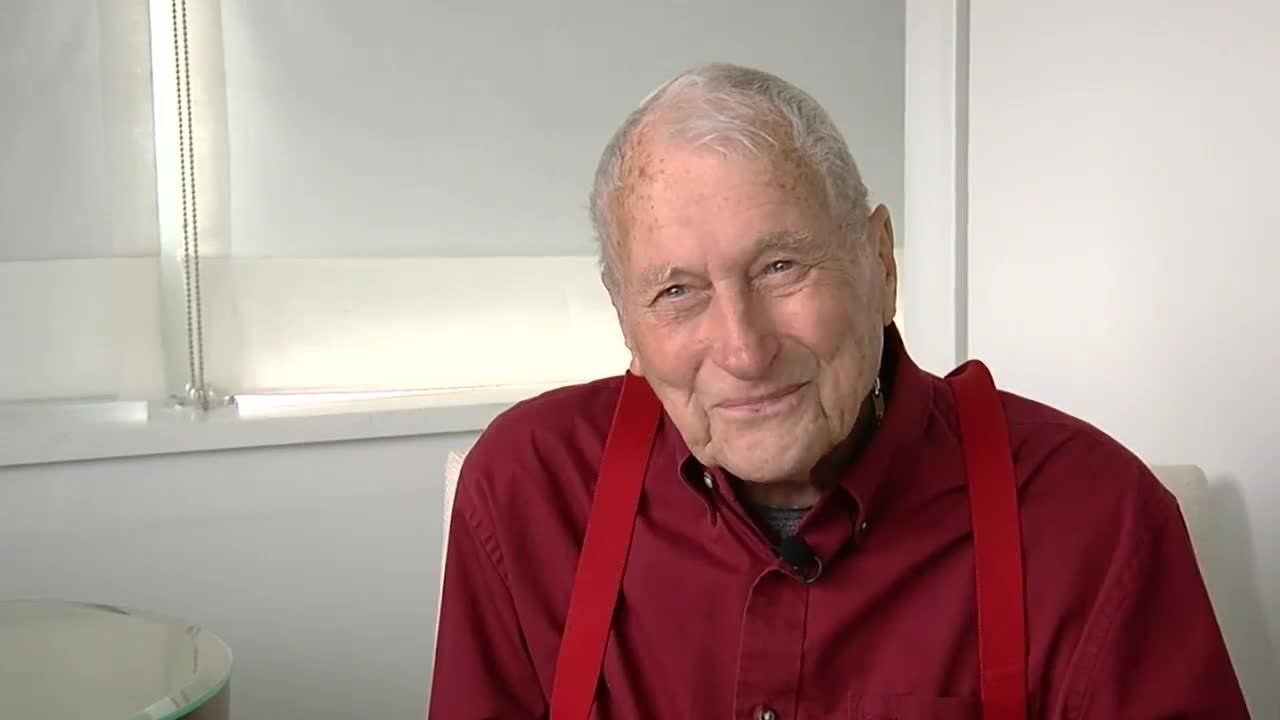 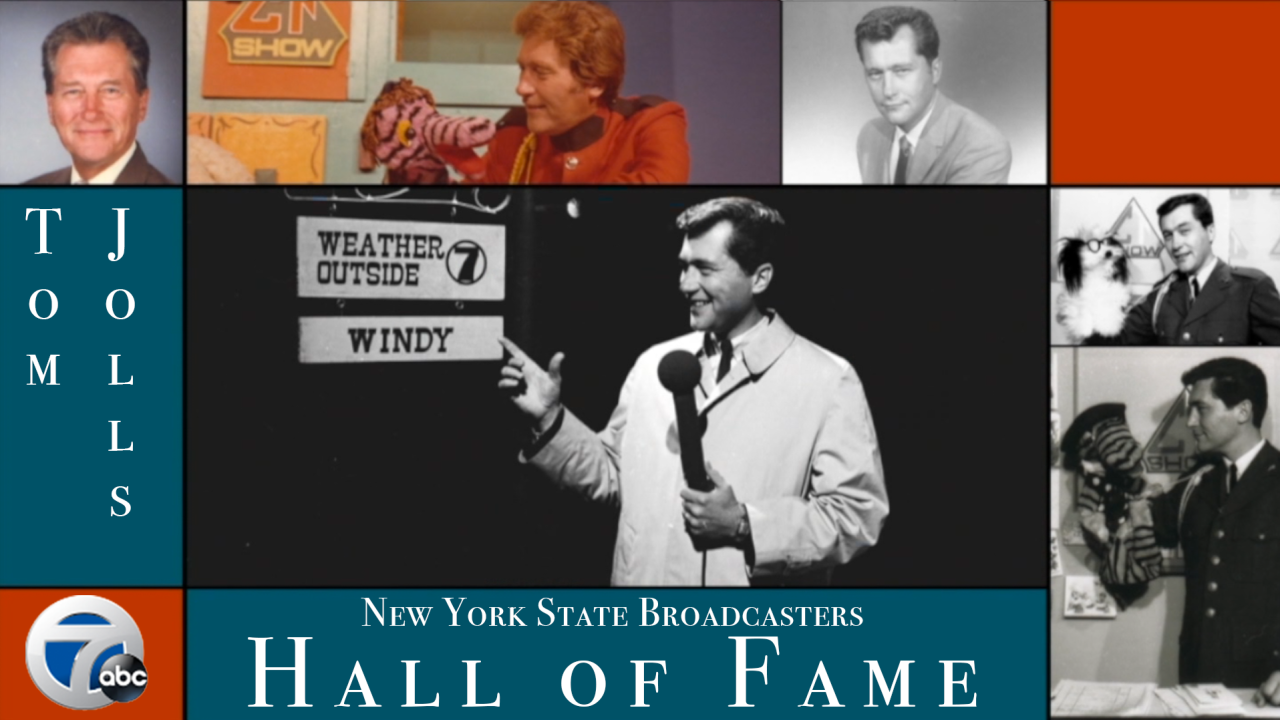 Jolls is best known for his time at WKBW, which began in 1965. He was a part of the dynamic trio known as "Irv, Rick and Tom" with Irv Weinstein and Rick Azar.

He was often referred to as "Western New York's favorite weatherman," with his unique fashion, "Weather Outside" during all four seasons and incorporation of his famous "weather stick" and weather words.

Jolls also had a big hand in children's television here in Buffalo, he created Captain Tom on "The Superman Show." The show later became the "Commander Tom Show," which is where The Commander was born.

His career began in 1951 at WUSJ in Lockport, he also spent time at WBEN.

Sam Champion, of Good Morning America fame, congratulates Tom Jolls on his induction into the NYS Broadcasters Hall of Fame. The ceremony is being held in NYC.@WKBW pic.twitter.com/rAebBhYw6R

The other inductees are Boomer Esiason, Diana Williams, Ted Long and Amy Robbins.