"The goal...allow people to stay in their homes" 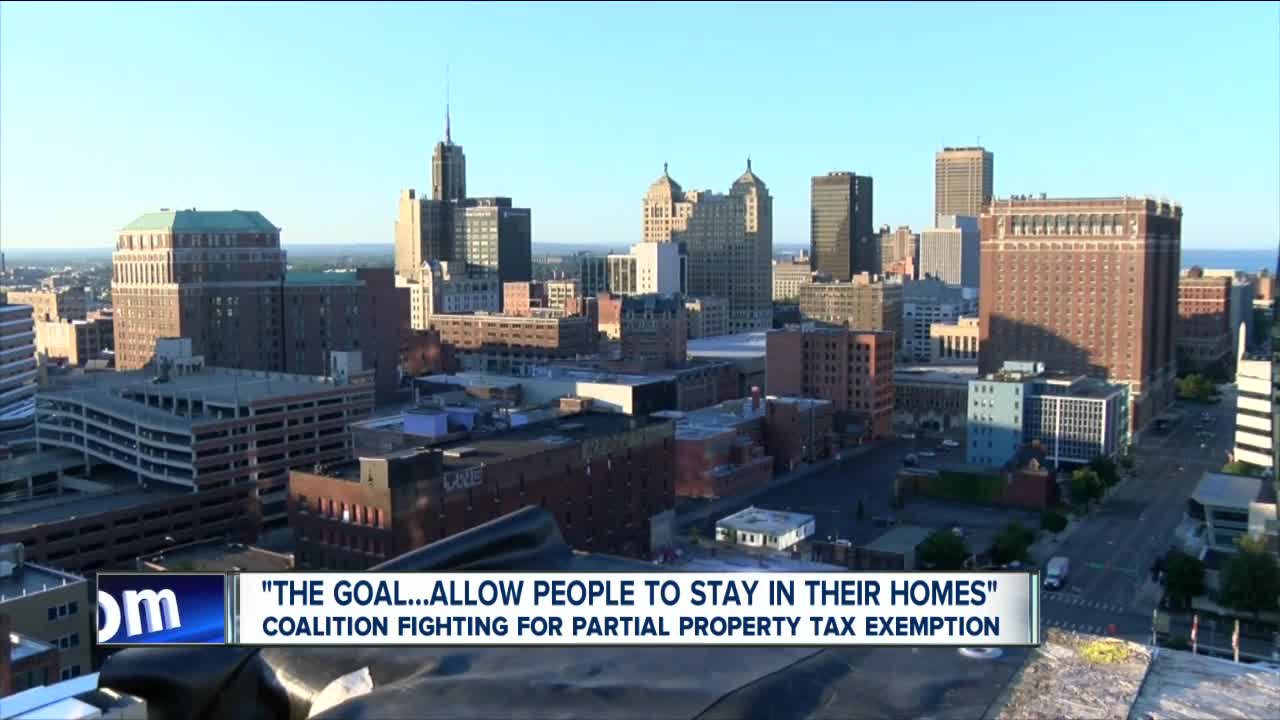 BUFFALO, N.Y. (WKBW) — A group of 13 organizations here in Buffalo have joined forces to push for "partial property tax exemptions for income-qualifying homeowners." This coming on the heels of the recently completed reassessment of more 90,000 residential and commercial properties. The last complete reassessment was done in 2001.

Push Buffalo, The Fruit Belt Advisory Council and Partnership for the Public Good are among the groups that make up the Buffalo Property Tax Coalition.

"We are taking our most vulnerable residents and essentially kicking them to the curb," John Washington of Push Buffalo said.

Dennice Barr of The Fruit Belt Advisory Council added, "These people it's not a question of them moving. There is not place to go."

"We want this to be something that protects low and moderate income homeowners into the future," Sarah Wooton of Partnership for the Public Good said.

In the reassessment, all of the city's neighborhoods have increased in value, which means property taxes for some could rise too. Letters to those neighbors were just mailed out.

Some neighborhoods--particularly on the West Side--could see more than a 200% change, according to this map.

"We have low and middle income homeowners who are not going to be able to pay this and their houses are going to be up for auction if we don't do something now," Washington said.

Barr added, "Yes, I'm not foolish. I understand that the city has to raise revenue, but let's do this in a way that's not going to crush the residents that have been there long term."

But this fight didn't happen overnight.

"We've been talking to people about this for years, getting people ready, trying to help them understand, but it doesn't really make sense until it's real," Washington said.

Now that the reassessment is completed, the exemption needs to be done by March 1st.

"The Common Council would need to pass a resolution asking the state to enable them to create some kind of exception like this. Then the state would have to pass an enabling act to allow the city to do it. Then the city has to come back and pass an ordinance to actually create the exemptions," Wooton said.

Partnership for the Public Good is holding a town hall at the Buffalo and Erie County Central Library on September 19th at 6 p.m.

Wooton said an evening hearing in Common Council Chambers is being scheduled for October.