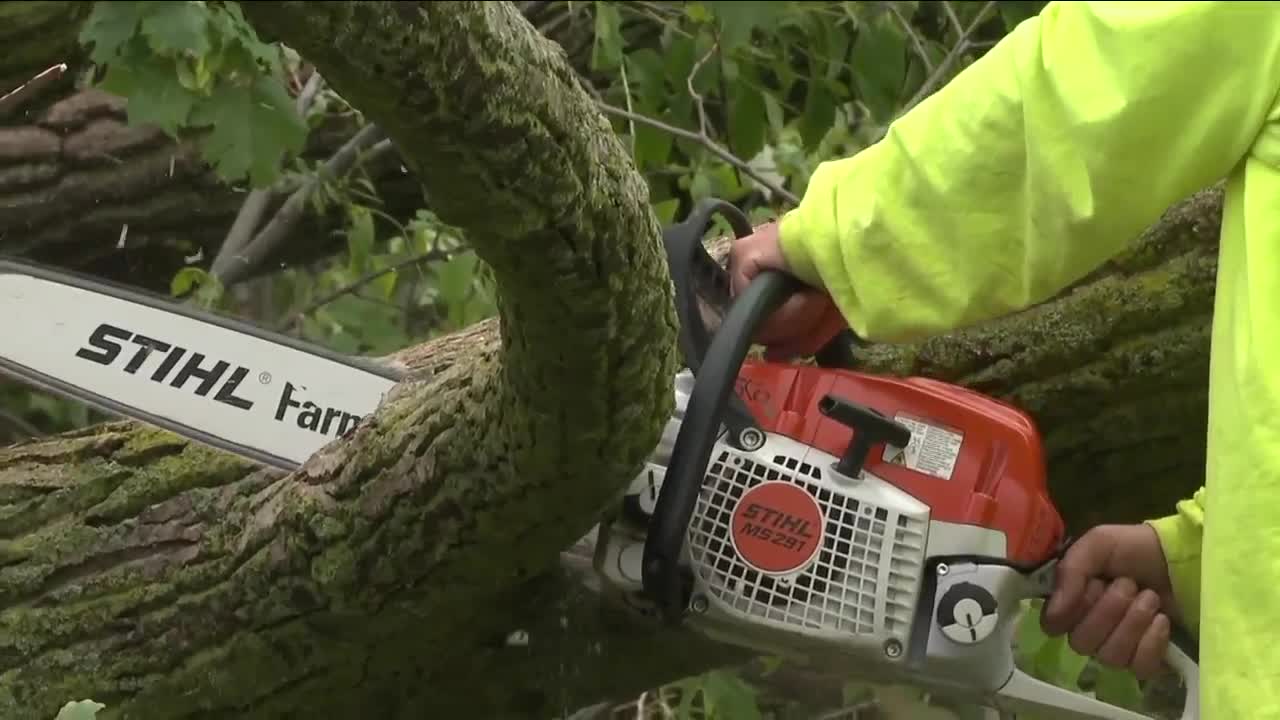 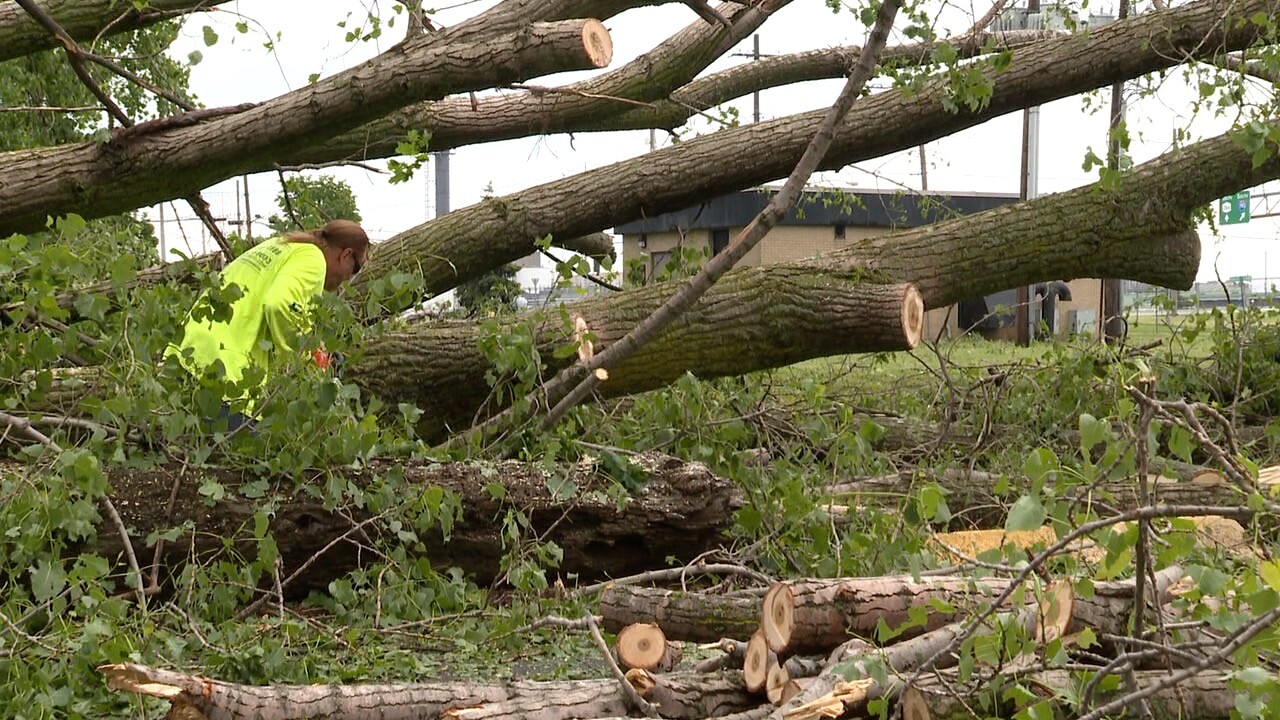 TONAWANDA, NY (WKBW) — Ken Kopra is a resident of Broadmoor Drive in the Town of Tonawanda. Tuesday night's storm has left he and his neighbors without power.

He's grateful for his neighbor's generator, helping to run the sump pump in his basement.

"The street was completely flooded," Kopra said. "The water was up to the sidewalks, the storm sewers were all clogged with leaves and everything like that, so nothing was able to drain."

Walk through the streets of the Green Acres North neighborhood and you'll see plenty of debris. It's a similar scene down at the town's boat launch on Sheridan.

"I can't imagine if someone had their boat and their trailer sitting here," chairman of the town's youth parks and recreation said. "It would be a nice surprise."

Downed trees cover the boat launch's entire parking lot. Park staff spent the greater part of Wednesday morning and afternoon getting rid of hanging branches. On Friday, the highway department will be coming in, picking up some of the bigger branches so that the boat launch can reopen this weekend.

"A lot of people use this boat harbor and small boat launch," Conrad said. "We want to get them out as we can, especially when the weather improves."

Tuesday night's storms wreaked havoc on many communities. Downed trees were reported in places like Orchard Park and Ellicottville. In Buffalo, heavy rains caused Buffalo Fire to respond to two late night water rescues while the Department of Public Works Forestry Division reported 25 whole trees downed or damaged. Some of them blocked intersections.

It was a rough night for many , leaving some to wonder what will happen next during an already uncertain time.

"Can we get a break?," Conrad said. "We've gone through enough. It's brutal. Everything from A-Z."