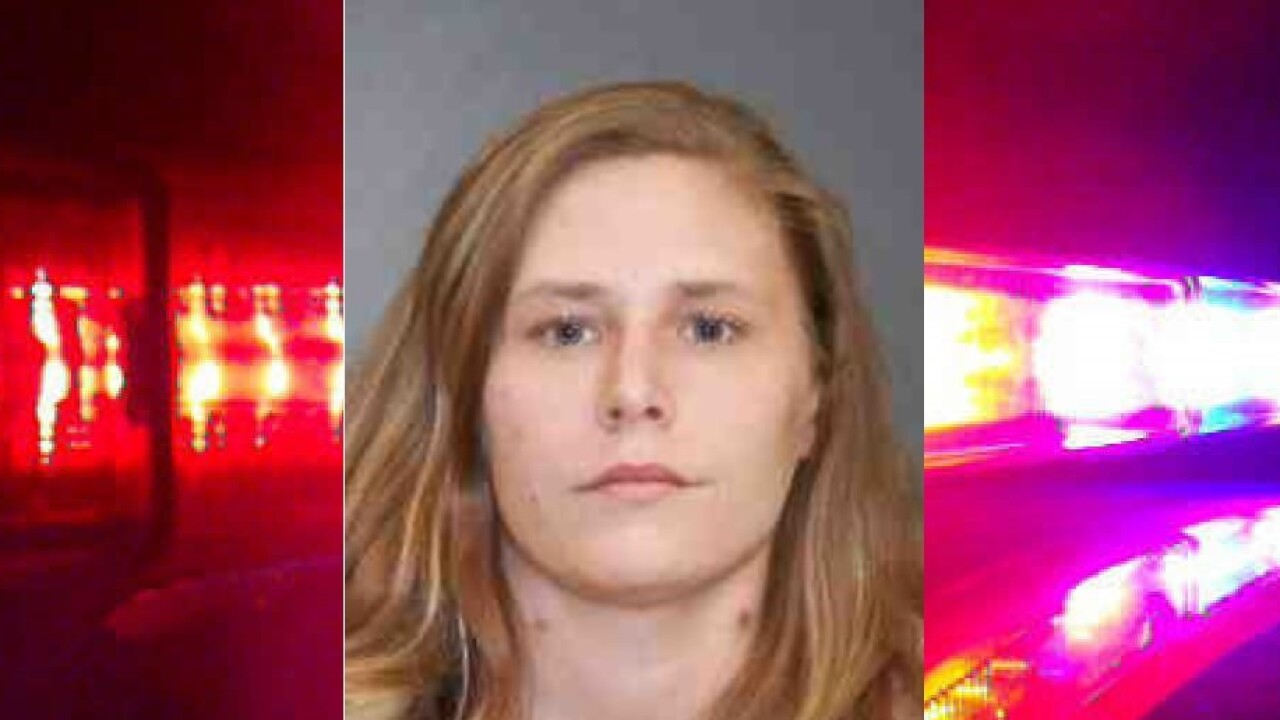 BUFFALO, N.Y. (WKBW) — A Cheektowaga woman was arrested three times Tuesday, each on different charges, according to the Erie County Sheriff's Office.

The sheriff's office says 28-year-old Sarah Szymanski was arrested first by a "local police agency" and charged with criminal possession of a controlled substance and aggravated unlicensed operation of a vehicle. She was processed and released.

Szymanski was then arrested by Lancaster police for obstruction of governmental administration, reckless driving, speeding, aggravated unlicensed operation and failing to stop at a stop sign. She was processed and released on appearance tickets.

The third arrest was by the sheriff's office after a victim stated Szymanski was selling discounted Best Buy gift cards on a social media app.

The victim stated he gave Szymanski $1,450 to buy a laptop, she went into the Clarence Best Buy and purchased a printer and fled in a waiting vehicle.

Szymanski was located by the sheriff's office later Tuesday and charged with grand larceny in the fourth degree, aggravated unlicensed operation of a vehicle as well as a vehicle and traffic law violation.

She was issued an appearance tickets for a future court appearance following the sheriff's office arrest.