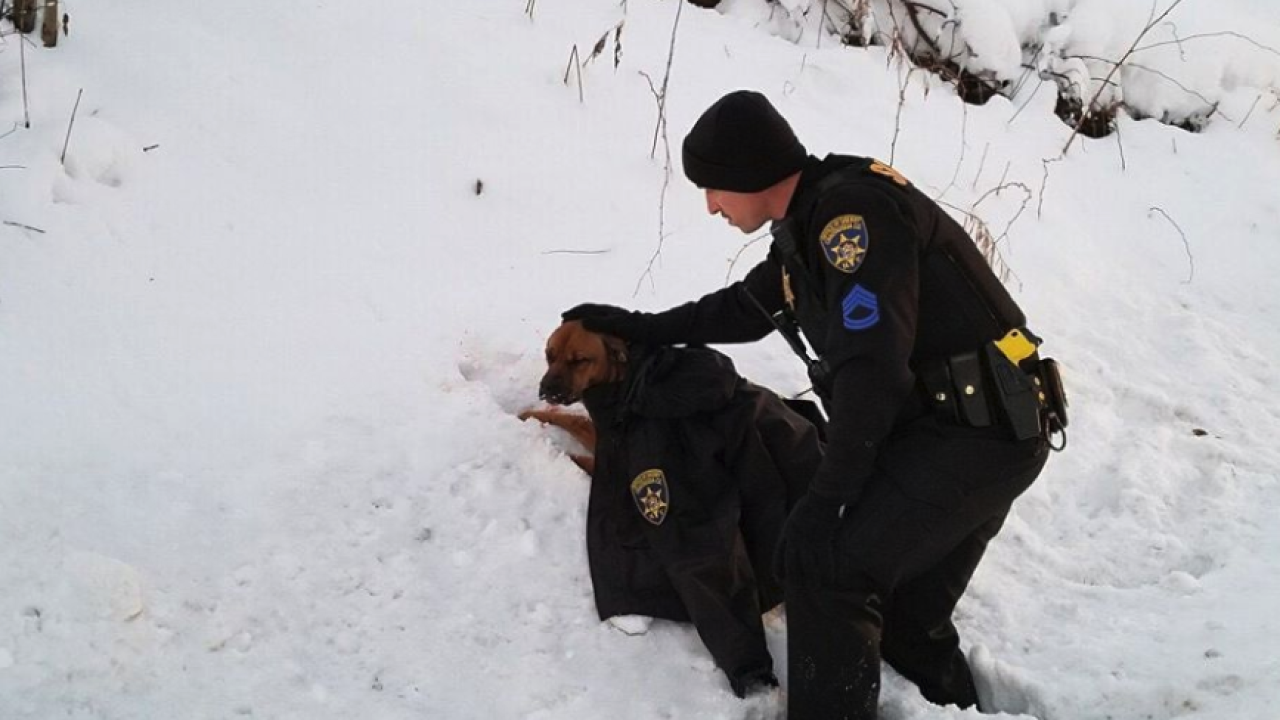 CHAUTAUQUA COUNTY, N.Y. (WKBW) — A Chautauqua County Sheriff's deputy responded to a call of a dog hit by a car, and covered the injured animal with his coat as he waited for help.

The photo of Sgt. Chris Howlett was posted on the Chautauqua County Sheriff's Department Facebook page. The sergeant was comforting the dog, that sustained minor injuries, but is expected to be ok. He covered the dog with his jacket as they waited in the snow for help. The dog was reunited with his owners shortly after.

In the post, the department wrote, "During times that there seems to be negative press towards law enforcement this shows a bit of compassion on the part of law enforcement and specifically our deputies."