One teen died and another suffered serious injuries 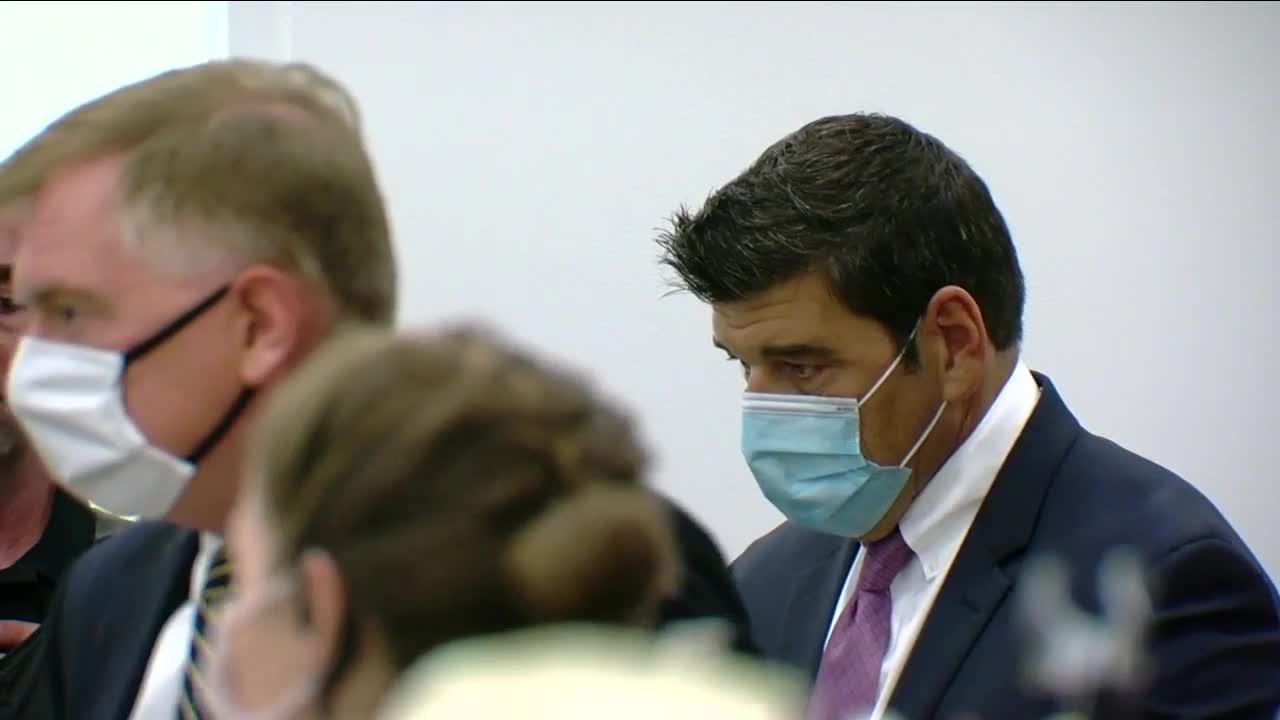 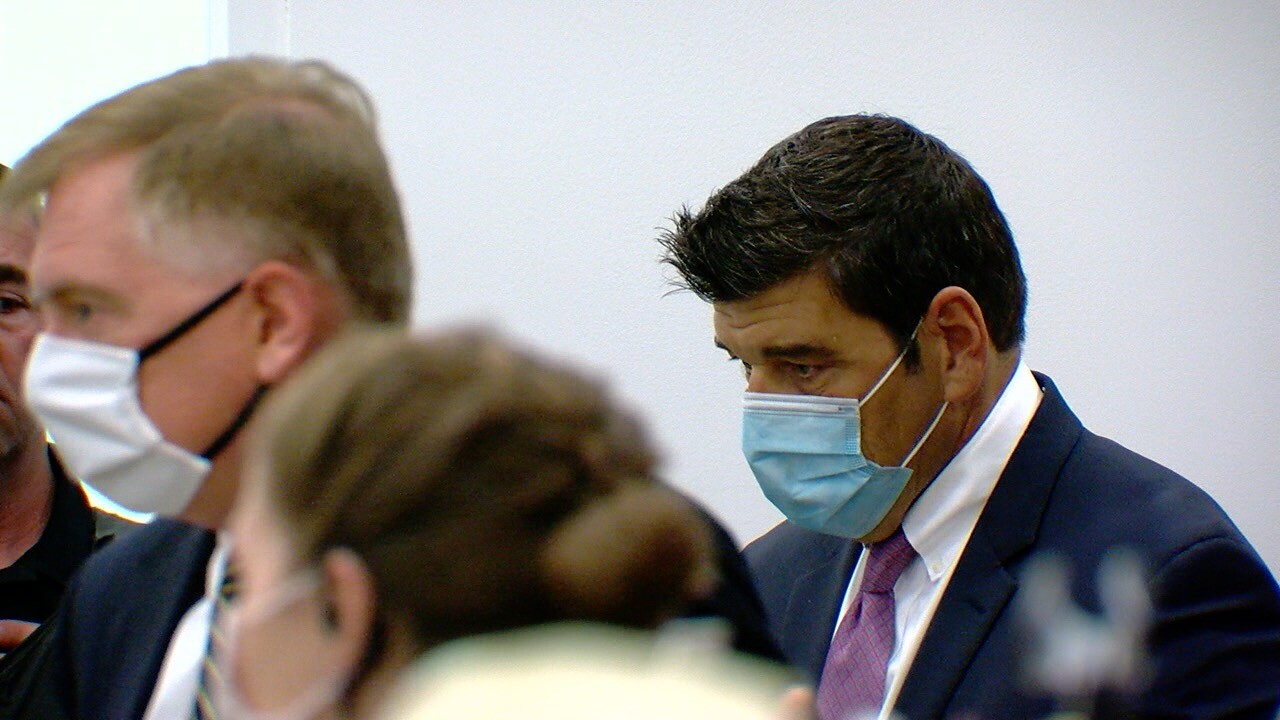 According to police and court documents, the accident happened around 10 p.m as Czajka was driving home after drinking beer and vodka at the NEAT restaurant/bar on Transit Road.

Not far from his home on Hill Valley Drive, prosecutors say Czajka drove over the white fog line on Pleasant View Drive and struck 18-year old Maytham Vukelic of East Aurora and a 17-year-old friend who were both riding bikes.

Both were taken to ECMC where Vukelic died from his injuries on August 29. The other unidentified teenage bicyclist suffered multiple broken bones, fractures, and a ruptured spleen. He has since been released from the hospital, said police.

"In this case, multiple lives have been altered because of a poor decision," said Lt. Shaun Dimino from the Lancaster Police Department.

"Our version is that he was completely unaware that he hit someone and that he drove home and was immediately cooperative with the police," added Eaonnou.

Police were able to track Czajka using a trail of broken parts that were falling off his 2019 Chevy Silverado after hitting the boys with the front passenger side, explained Erie County District Attorney John Flynn.

"If you don't know what you hit, then the prudent thing to do is to stop and find out what you hit," commented Flynn.

Czajka is also charged with using a portable electronic device in a moving vehicle, but DA Flynn would not say if the defendant was on his cell phone at the time of the accident.

"We have evidence to support all the charges as of right now," explained Flynn to 7 Eyewitness News Reporter Ed Reilly.

"With that, he did not have the common decency or courage to stop," said the judge during the arraignment proceedings.

Police said Czajka's BAC was over the legal limit and are still waiting on more lab results before releasing the percentage.

The following is a press release issued by the Erie County District Attorney's Office which details some of the charges that were filed:

It is alleged that on August 28, 2020, at approximately 10:00 p.m., the defendant was driving a vehicle, while under the influence of alcohol, eastbound on Pleasant View Drive when he hit two teenage boys who were riding their bicycles. It is further alleged that the defendant fled the scene, but was located a short time later by Lancaster Police officers.

Both victims were taken to ECMC. One victim, 18-year-old Maytham Vukelic of East Aurora, died at the hospital. The second victim was hospitalized for multiple serious injuries, but has been released.

If convicted on all charges, Czajka faces a maximum of 15 years in prison.

DA Flynn commends the Lancaster Police Department for their work in the investigation.

The case is being prosecuted by Chief Paul Glascott of the DA’s Vehicular Crimes Bureau.

As are all persons accused of a crime, the defendant is presumed innocent until proven guilty in a court of law.

Maytham Vukelic's family asked for privacy but did supply media outlets with the following statement:

"Maytham James Vukelic, age 18, died on August 29, 2020 after being struck by a vehicle while riding a bicycle in Lancaster, NY.

He was the adored son of Timothy Vukelic and Shelby Deck and big brother to Decca Vukelic. Maytham was the grandson of Saxon and James Deck and Carole and Gene Vukelic and along with amazing friends around the world, is survived by many aunts, uncles and cousins.

Maytham graduated from Aurora Waldorf School, attended The Park School of Buffalo and graduated class of 2020 from East Aurora High School and the Conservation Management Program at Walter Ormsby Educational Center. He was taking a gap year before starting at Paul Smith's College where he was to pursue his passion to become an arborist and outdoor adventure guide.

Maytham was shaped and defined by his love and constant passion for the outdoors. Every summer of his life was spent exploring, canoeing and fishing in Parry Sound, Ontario. Since he was 10, Maytham attended Northwaters/Langskib, a life-defining wilderness canoe program in Temagami, Ontario. A self-taught short film-maker and editor, he co-created and co-produced a YouTube channel, "Weekend 1 Warriors" where he enthusiastically shares his travels around the world, the joy of the perfect fishing spot, being with friends and the beauty of our amazing planet.

There were dozens of people who cared for Maytham on the last day of his life. The extraordinary care and efforts from neighbors who ran out to help, the ambulance team and the emergency and medical personnel at ECMC will never be forgotten.

Special thank you also to Wes Bonczyk at Walter Howe Funeral Home where arrangements were made. Lancaster Police Chief, William J. Karn, Jr. and the entire Lancaster Police Department receive our heartfelt gratitude for their unwavering determination, skill and exceptional professionalism as they continue to process through this investigation.

As our family moves forward, we find peace in Maytham's passionate love of life. Thank you for honoring our privacy. There will be no further comments.

Thank you.
The Vukelic and Deck Families"