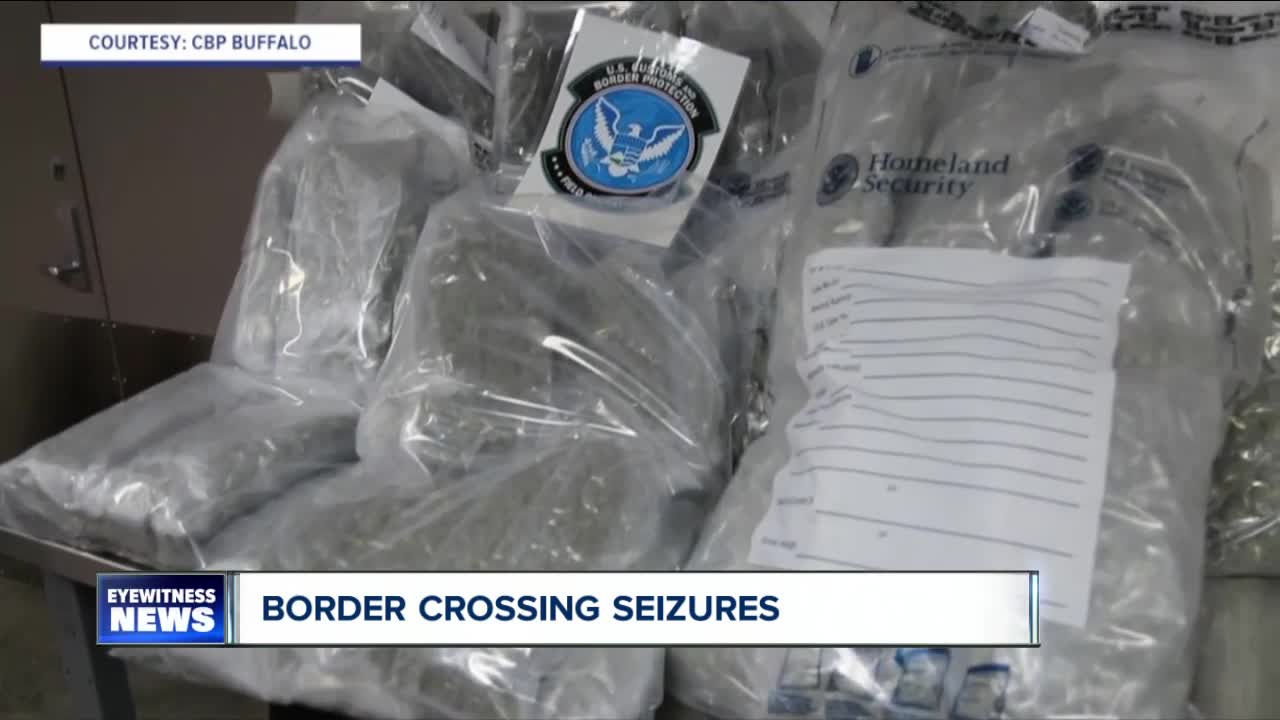 BUFFALO, N.Y. (WKBW) — Customs and Border Protection Officers say people coming into New York from Canada try to bring marijuana across the border on a daily basis, and are stopped.

CBP has released end of year numbers that show narcotics seizures in the Buffalo Field Office are up 190% from last year. Officer say the main contributor is marijuana being legal across the border.

"Anytime you have a narcotic that is sought after by people, they are going to try to bring it," said Officer Aaron Bowker. "Our message to them is please don't, because you're guaranteed to see a law enforcement officer and get caught."

Out of the 5,200 pounds of narcotics seized, officers say 3,000 pounds were marijuana.

In addition to the drugs, CBP officers seized 112 guns, made 775 arrests and denied nearly 80,000 people entry into the country.

Bowker says with the increase in law enforcement activity at the border, sometimes longer wait times come along with that.