Car drives into Bottoms Up bar on Chippewa in Buffalo, security discharges weapon 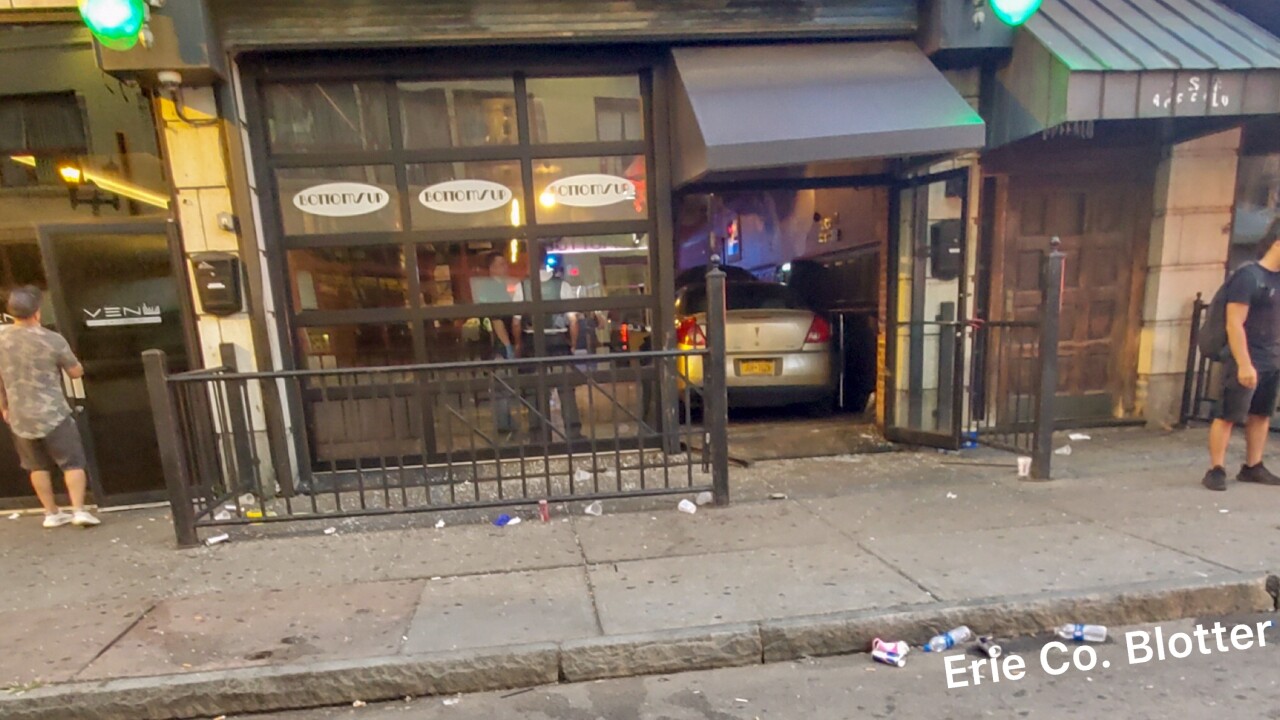 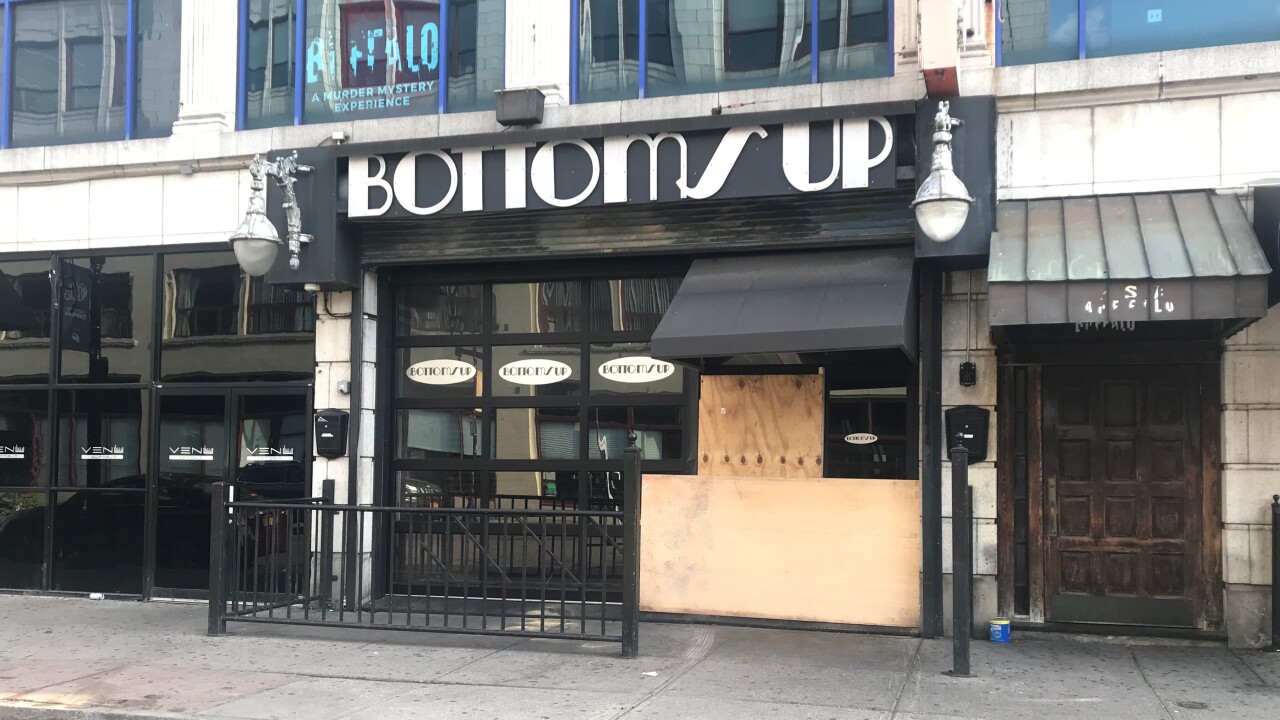 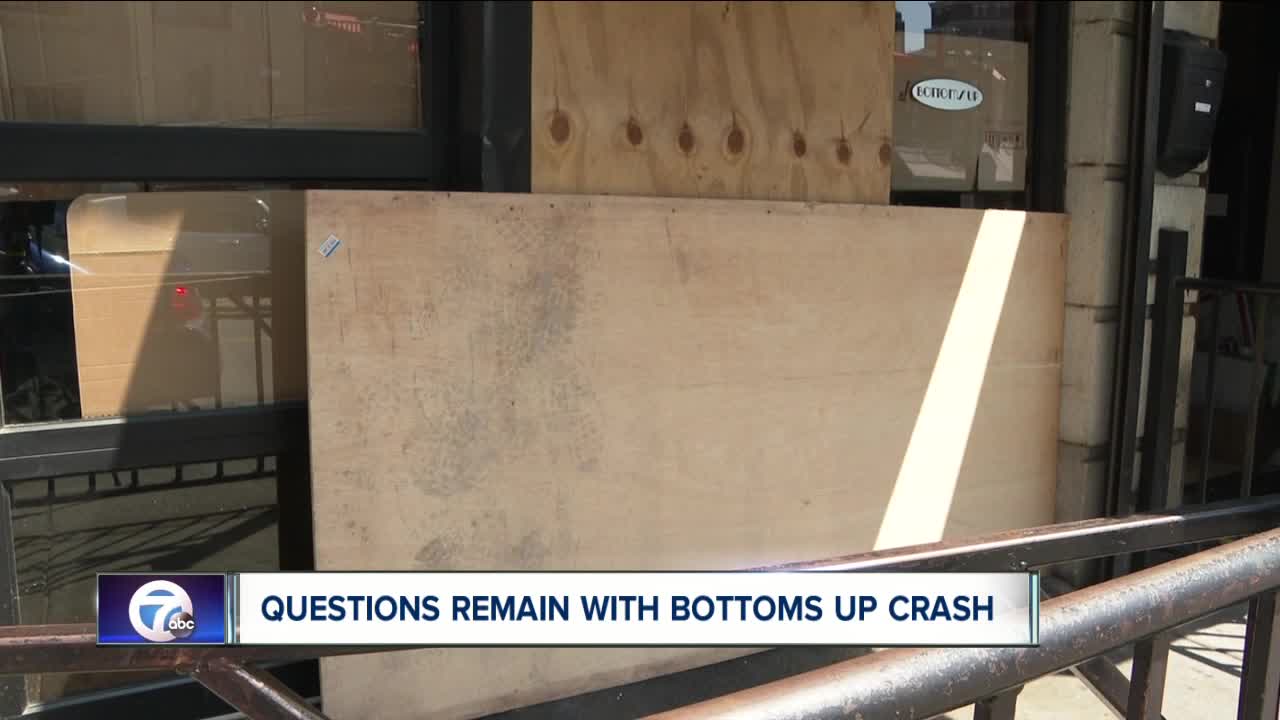 BUFFALO, N.Y. (WKBW) — Joile Rodriguez said he's thankful to be alive. The 39-year-old said he was inside Bottoms Up when a car came crashing through the front window early Sunday morning.

The bar remains boarded up. Tire tracks and shards of glass could still be seen on the pavement Monday.

24-year-old Najeeb Jackson is accused of driving his car into the bar after the bar said he was denied entry earlier that night. While it's unclear why he wasn't allowed in, the bar does have security cameras that police are now reviewing.

"When you watch the video it appears the individual was trying to harm or kill people and i don't think that's an understatement in anyway," said Bottoms Up Attorney, Jacob Piorkowski.

A security guard did fire one shot. No one was hit.

Erie County District Attorney John Flynn said he's looking into that as well. "Just because the Buffalo PD decided not to arrest the security guard doesn't mean I'm not looking into it."

According to Piorkowski, the security guard does have a license to carry a firearm and said his shot appears justified. "From the video I've seen, he was struck by the video and reacted because he thought lives were going to be in danger."

Bottoms Up posted a statement to Facebook early Sunday morning, saying "an individual who was denied entry to our establishment earlier in the evening, drove his vehicle through our front doors with an intent to cause damage, and to possibly harm the staff who would not allow him onto the premises earlier."

Read the full statement below.

For nearly 20 years Bottom’s Up has been proud to serve downtown Buffalo. One of the primary reasons that we have been able to remain open for almost two decades, is that we have always placed a premium on the enjoyment and well-being of our guests.

Early this morning, Sunday, August 4, 2019, just after closing, an individual who was denied entry to our establishment earlier in the evening, drove his vehicle through our front doors with an intent to cause damage, and to possibly harm the staff who would not allow him onto the premises earlier.

At this time, no serious injuries have been reported. We are incredibly thankful that our security and staff were able to protect our guests. Their quick thinking and unwavering commitment to the safety of our guests was on full display during this unthinkable incident.

We are currently working with the Buffalo Police Department to assist in their investigation of this incident.

We look forward to re-opening Thursday and hope to see you at Bottom’s Up again!