Caputo reacts to Mueller report: "All the haters can go to Hell" 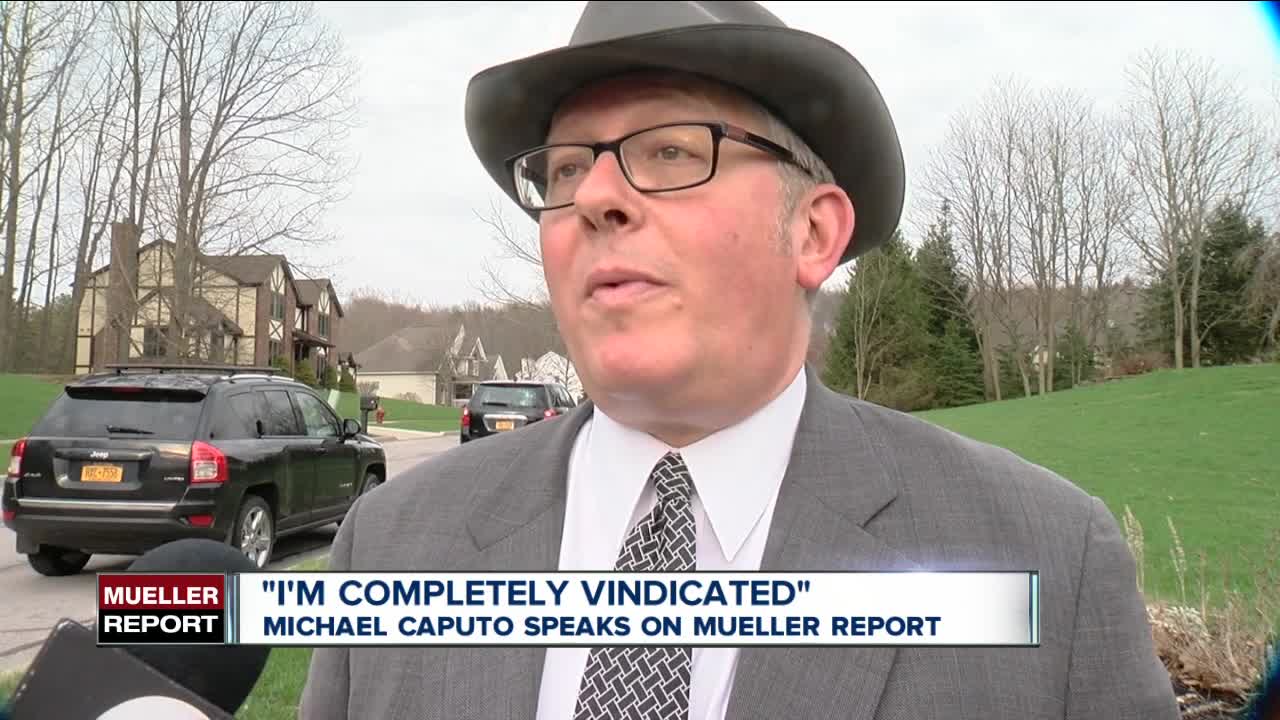 Michael Caputo was called to testify about his role in President Donald Trump’s campaign. Now, Caputo is listed in the nearly 500-page report.

BUFFALO, N.Y. (WKBW) — A local political consultant is speaking out after the release of Robert Mueller's investigation on Thursday.

Michael Caputo was called to testify about his role in President Donald Trump’s campaign. Now, Caputo is listed in the nearly 500-page report.

“In the spring of 2016,” the report reads, “Trump Campaign advisor Michael Caputo learned through a Florida-based Russian business partner that another Florida-based Russian, Henry Oknyansky (who also went by the name Henry Greenberg), claimed to have information pertaining to Hilary Clinton. Caputo notified Roger Stone and brokered communication between Stone and Oknyansky. Oknyansky and Stone set up a May 2016 in-person meeting.”

“He had a very brief meeting with the guy and told him to hit the road,” says Caputo.

The meeting listed in the report is the reason that Caputo was questioned by both Robert Mueller and lawmakers in both the House and the Senate.

The report points to “contradictory recollections” as to whether Caputo was actually at the meeting, which is something he strongly denies.

“The FBI and the Mueller investigation knows for a fact that the meeting was in Florida and I was in Trump Tower in New York City,” says Caputo.

At the end of the day, Caputo says he is ready to move forward.

“I really don’t care because I’m completely vindicated and my family is moving on from here and all the haters can go to Hell,” says Caputo.