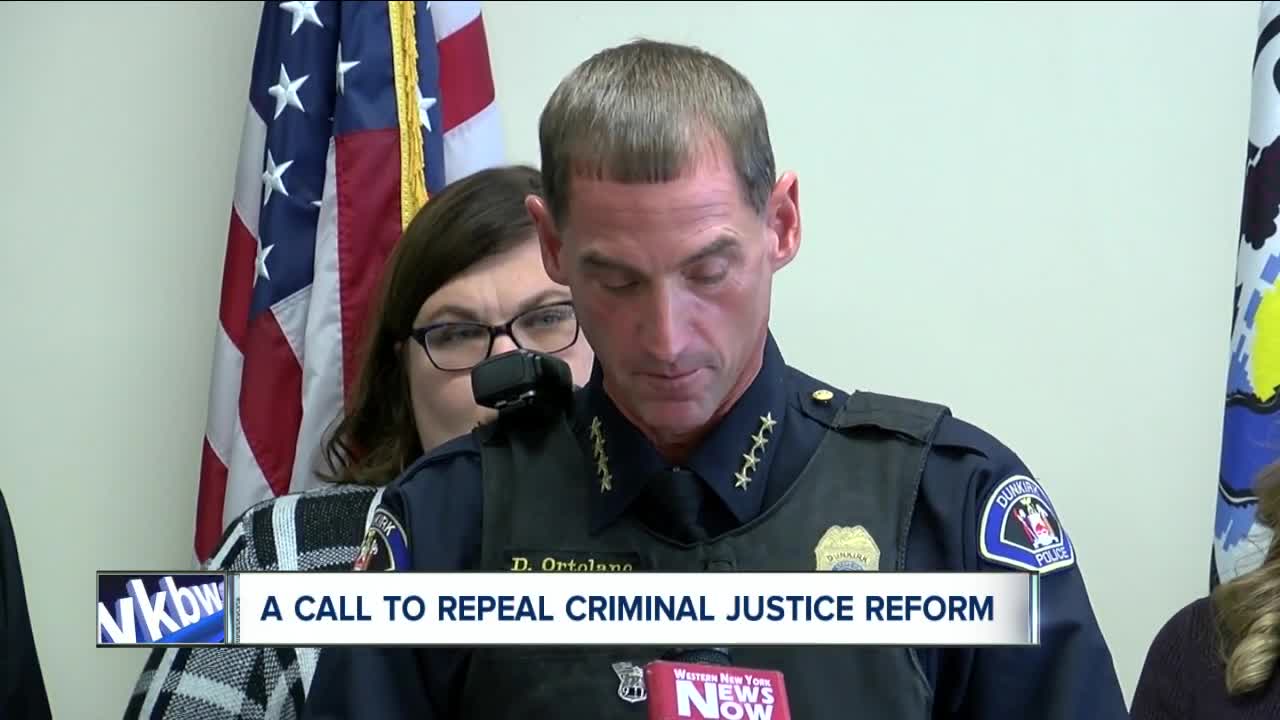 There is now a call for a special session to repeal reform of New York's criminal justice system, and those new laws are set to kick on on January first.

MAYVILLE, N.Y. (WKBW) — There is now a call for a special session to repeal reform of New York's criminal justice system, and those new laws are set to kick on January first.

One of their biggest complaints is eliminating cash bail for people charged with serious crimes; they would be basically free on their own recognizance.

"If someone is trespassing on your property, if someone is disorderly and dunk, if someone punches you and assaults you...they're going to get an appearance ticket," said Dunkirk Police Chief David Ortolano.

Members of law enforcement were visibly frustrated on on Friday by what these reforms could mean to their communities, and they're not happy they were excluded from the process.

"We will be handcuffed in what we can do, and most time be bound to issue an appearance ticket and walk away," said Chief Ortolano.

He also said if a crime happens in your home, a defendant and their attorney would have the right to petition the court to return to your home within 15 days to conduct their own investigation.

Another criminal justice reform is the Discovery reform, which requires the prosecution and defense to share all information in their possession well in advance of a trial.

"These witnesses, who in the past and right now, are able to come in and testify with secrecy, with protection, that their identification isn't going to be known until and if the matter goes to trial," said Chautauqua County District Attorney Patrick Swanson

The New York legislature is currently not in session, but County Executive Borello says he hopes members will head back to Albany to address this issue before the end of the year.