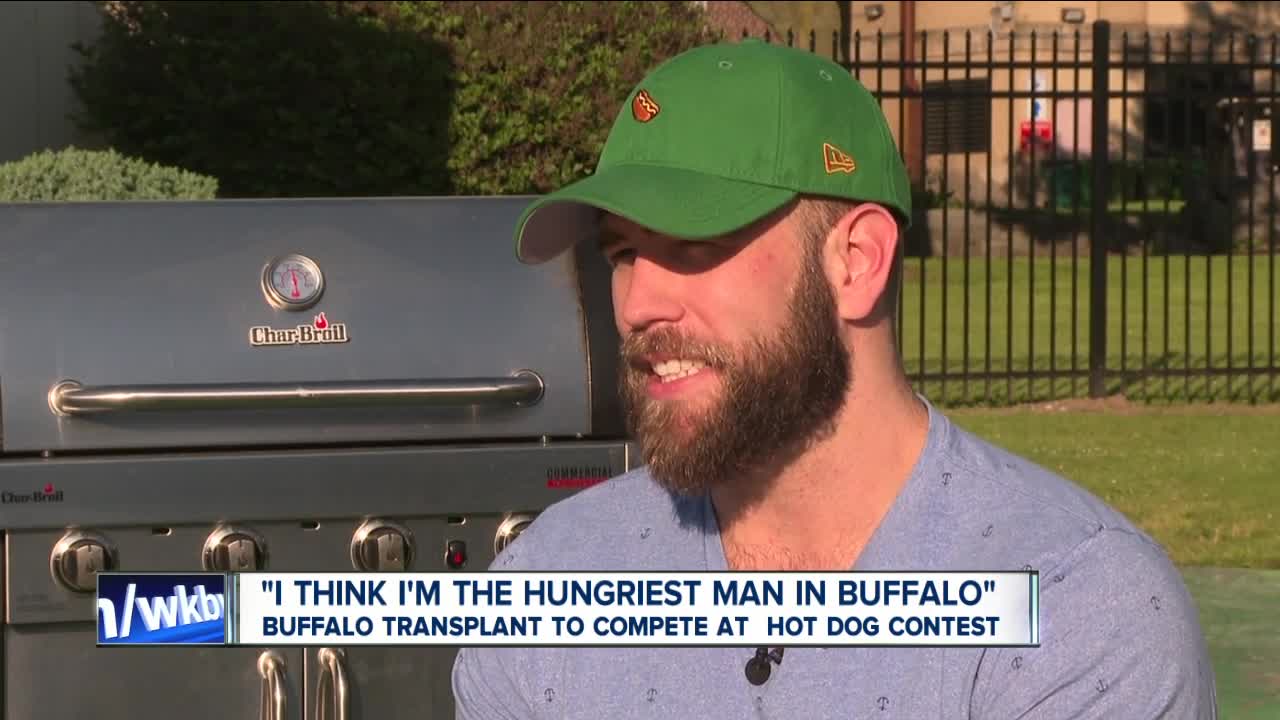 BUFFALO, N.Y. (WKBW) — Buffalo transplant of only a year, Ronnie Hartman works at New Era Cap during the day doing IT work. Outside of work, Hartman is better known as "Megabyte Ronnie" and is a competitive eater and aspiring professional wrestler.

"Since I started doing this (competitive eating) like four or five years ago, I've only slipped down the rankings, but this year I've moved up from 25th to 18th," Hartman said. He began his professional eating career in Atlanta after placing second in a qualifier a few days after getting home from a deployment in Afghanistan. Hartman didn't even practice for the qualifier.

"I finished second, signed my major eating contract and here I am," he said. Before his deployment in 2012, he wanted to check "Man v. Food challenges" off his bucket list. By the time he came back, he was competing in his first Nathan's Hot Dog Contest, which he did again in 2014 and 2018. This year's contest will be his fourth appearance.

Another dream of Hartman's is to make it to WrestleMania, which he trains for here in Buffalo.